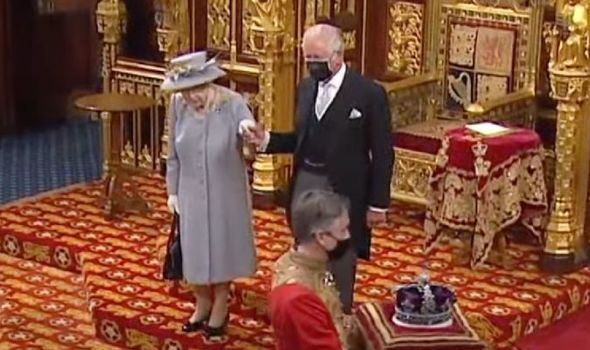 Royal expert Alastair Bruce appeared on Sky News shortly after the Queen’s Speech on Tuesday and was asked for his reflections on the ceremony. Mr Bruce highlighted the “very touching” role played by Prince Charles, who has inherited the title of Duke of Edinburgh and accompanied the monarch to Parliament. Her Majesty had traditionally been escorted to the State Opening by her late husband, Prince Philip, until his retirement in 2017.

Mr Bruce told Sky News: “I thought it was very touching that for the Queen when her husband died as Duke of Edinburgh his eldest son inherited.

“So the Queen was escorted into the House of Lords by the Duke of Edinburgh.”

Earlier he said: “Yes, the Duke of Edinburgh died recently but she has always been expecting that in an elderly husband.

“So I think she was determined to make sure that her work carried on.” 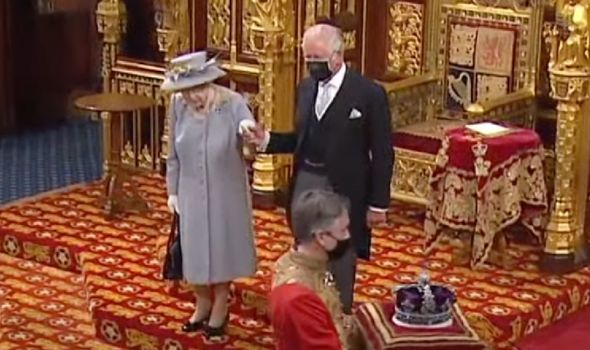