Queen Elizabeth II, 94, stepped out for her first face-to-face engagement of the year on Wednesday. The Queen was dressed in bright green and wore a wide grin as she met members of staff ahead of a ceremony to mark 100 years of the Royal Australian Air Force at the Commonwealth War Graves Commission Air Forces memorial at Runnymede.

The Royal Family’s official account shared a string of photos, video footage and information about the Queen’s latest engagement on Twitter.

The tweets read: “This morning, The Queen marked the Centenary of the @AusAirForce at the @CWGC Air Forces Memorial in Runnymede.

“The @CWGC Air Forces Memorial at Runnymede was opened by The Queen on 17 October 1953.” 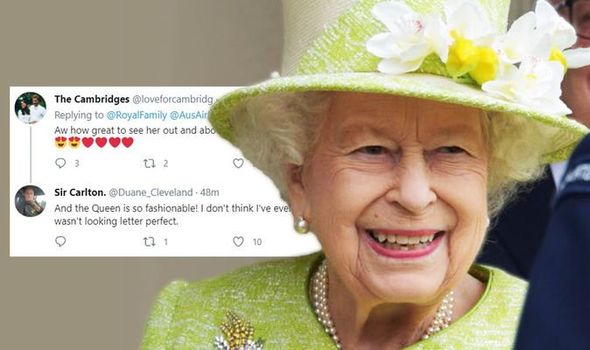 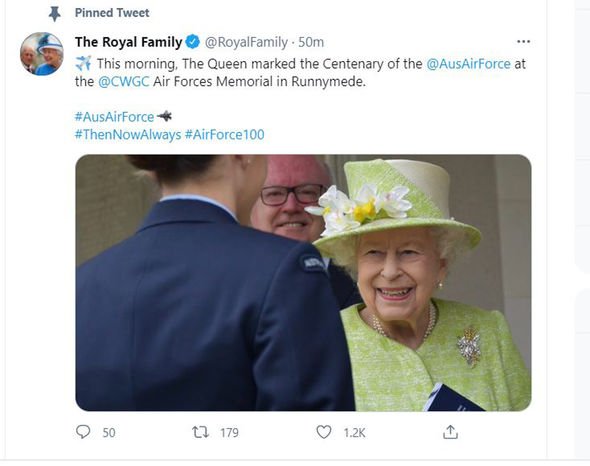 The tweets continued: “The memorial commemorates more than 20,000 Commonwealth airmen and women who died during operations in north and west Europe and have no known grave.

“More than 1,300 of those commemorated at Runnymede served with the @AusAirForce.”

A video clip of the Queen watching wreaths be laid at the memorial was accompanied by the tweet: “During today’s service, prayers were said for @AusAirForce servicemen and women who have lost their lives in service of their country, and a wreath was laid on Her Majesty’s behalf bearing a note reading, ‘IN MEMORY OF THE GLORIOUS DEAD, ELIZABETH R.’”

Wednesday’s outing was the Queen’s first face to face engagement in 20 weeks as she and Prince Philip, 99, have spent the best part of the pandemic isolating at Windsor Castle. 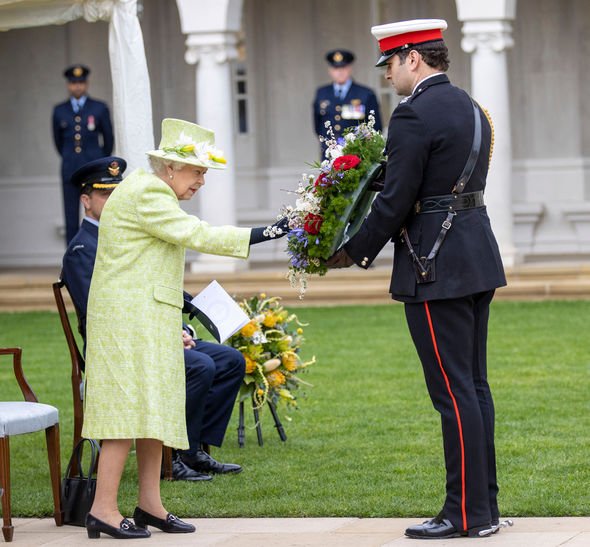 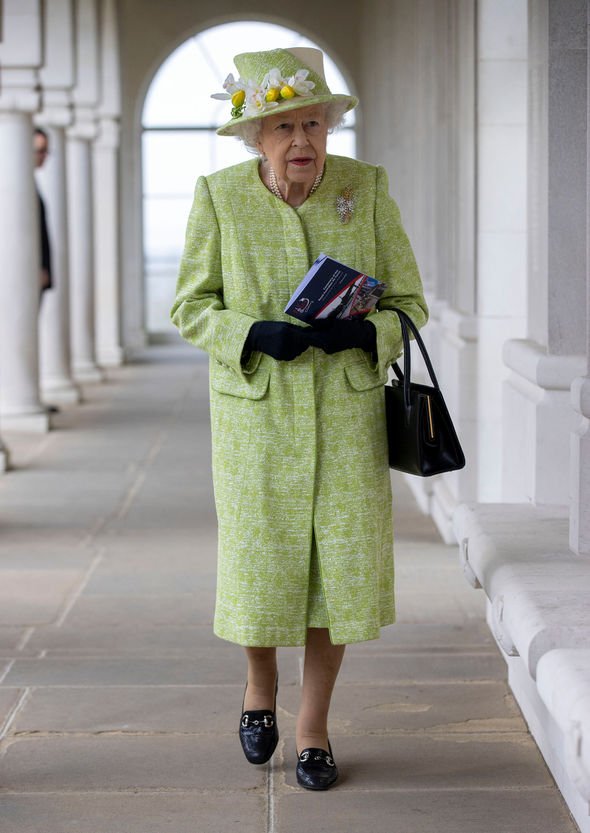 One gushed: “Aw how great to see her out and about again!! And that’s a lovely picture.”

Another put: “And the Queen is so fashionable! I don’t think I’ve ever seen her when she wasn’t looking letter-perfect.”

While a third chimed in: “So good to see Our Quen out and about, she looks so happy! Beautiful photograph.”

The Queen’s public engagement follows the easing of lockdown restrictions in England Monday allowing up to six people or two households to meet outdoors.

Despite the relaxation of lockdown, the Queen will not make her annual trip to church on Easter Sunday this year.

While Royal Family members usually come together for an Easter Sunday service at St George’s Chapel in Windsor, the Queen is expected to observe the holiday by worshipping in private this year. 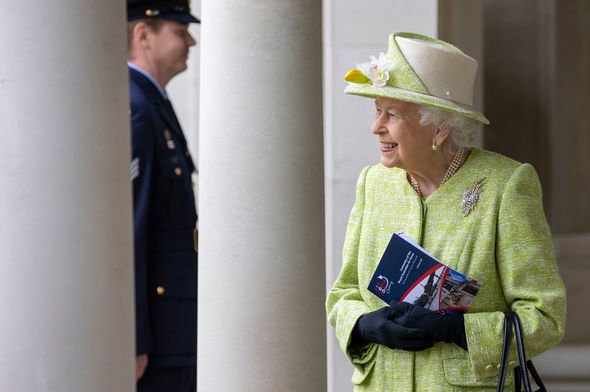 The Queen’s first outing of 2021 followed a rocky few weeks for the Royal Household after Prince Harry, 36, and Meghan Markle, 39, made damning allegations against the monarchy in their interview with Oprah Winfrey.

Wednesday marks one year since the Sussexes stint as senior royals came to an end and they entered a one-year review period as they began to carve out a path for themselves away from the Royal Family.

In the 12 months since Megxit, Meghan and Harry have gained financial independence from the Firm with a series of lucrative deals and confirmed they will not return as working members of the monarchy.

Now based in California, the Sussexes are expecting their second child this summer and are likely to spend a quiet Easter weekend at home.