Joe Biden will take the White House in three month’s time on January 30. As he does so, British relations with the country may take a turn, as Mr Biden’s victory over Donald Trump comes at a cost to Boris Johnson, whom the President-Elect once called a “physical and emotional clone” of his former opponent. But his relationship with the Royal Family could end up much better, given the Queen’s good standing with successive American presidents.

Who was the Queen’s favourite US president?

The Queen took to the throne in 1952, as Harry S Truman closed out his second presidential term.

She has since lived through another 12 including President Trump, and Mr Biden will be her 13th.

Historically, the Queen has chosen not to show a clear preference for politicians. 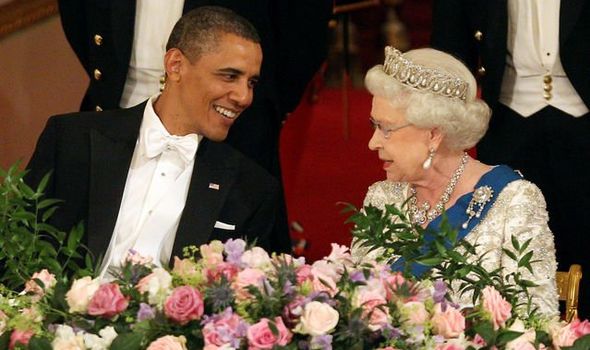 But she was famously close to one US president, Ronald Raegan.

President Raegan allegedly had a well-established relationship with the Queen, as they had a lot in common.

Both had a well-documented love for horses and emerged riding together in public.

Writing in his book Movie Nights with the Reagans, former White House aide Mark Weinberg spoke about their closeness.

He said: “A close camaraderie developed between the Reagans and the royal family.

“The president admired [Queen Elizabeth’s] lifetime of service to her country and her sensible, unpretentious style when they were together.”

The Queen once received the president for a formal dinner with Prince Philip in 1982, and he returned the favour a year later.

Mr Raegan invited her to his ranch in California in 1983, and the two dined together once again in 1984.

Has the Queen ever met Joe Biden?

Barack Obama and his administration also had a close relationship with the UK when he was president between 2008 and 2016.

President Obama allegedly enjoyed the company of the Royal Family and David Cameron.

The President-Elect has not yet met the Queen, but he will most likely do so given her track record.

The Queen has met every serving president during her reign.

Other royals have already met the future president, most notably Prince Harry.

He first met Mr Biden and his wife, Dr Jill Biden in 2013 during a service for British and US wounded soldiers in Washington.

Dr Biden later travelled to London for the Inaugural Invictus Games in 2014, and Mr Biden quipped she “spent too much damn time with Prince Harry!”