Alastair Campbell quizzed Vinnie Jones on the fact he asked Queen Elizabeth II for her FA Cup final tickets when he met the monarch in person. The ex-Chelsea footballer joked that he had a “couple of mates from the pub” that wanted to go to the crucial match.

Referencing what his late wife Tanya said regarding the prospect of meeting Her Majesty, Mr Jones stated: “That is for the other people, there is no reason why I should be meeting the Queen.”

Mr Campbell said: “Hold on a minute, Vinne you asked the Queen for her FA Cup final tickets.”

Mr Jones replied: “Well, I just thought, they get two tickets every year, if she was not going I had a couple of mates from the pub that wanted to go.” 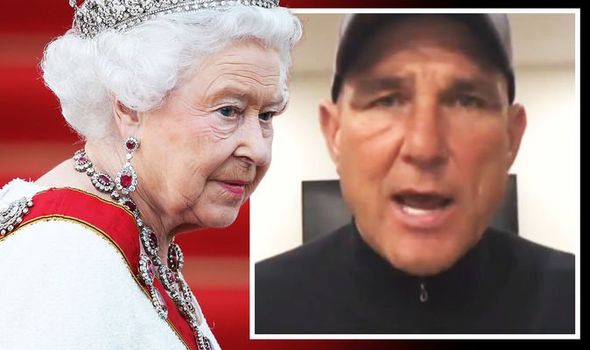 Mr Campbell added: “The Queen is getting it everywhere today, isn’t she?”

Earlier during the interview, Mr Campbell accidentally stated Queen Elizabeth II had died rather than her husband Prince Philip.