Queen: Theresa May and her husband pay their respects

The Queen shall be lying in Westminster Hall for the next four days, during which time members of the public may file past her coffin. Predicting hundreds of thousands of people seeking to take part, the Queen’s funeral organiser extended the window during which mourners could access the Hall. However, many will still face waits of over 24 hours as the queue looks likely to be cut off halfway through the weekend.

The Queen’s lying-in-state began at 5pm on Wednesday, 14 September, and will remain open to the public at all hours until 6.30am on Monday, 19 September.

Officials are anticipating around 750,000 mourners will descend on the capital to view the Queen’s coffin in Westminster Hall ahead of her state funeral, but some suggest the actual number could surpass a million.

The queueing route begins on Albert Embankment, next to Lambeth Bridge, and runs along the south bank of the Thames almost five miles to Southwark Park.

By midday on Thursday, the queue was already four miles long, stretching past Tower Bridge, as some predicted waits of more than 30 hours over the weekend. 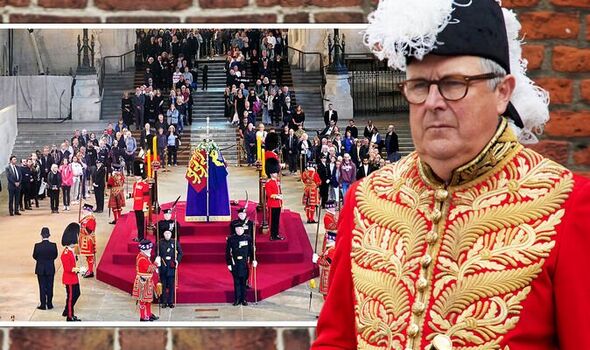 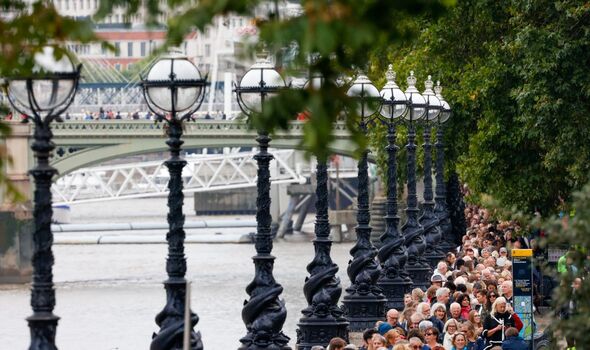 In anticipation of unprecedented crowds, the man responsible for organising the Queen’s lying-in-state made some adjustments to the typical procedure.

All major ceremonial events involving senior royals, including the State Opening of Parliament, state funerals, as well as the coronation and accession of new monarchs, have long been the responsibility of the Earl Marshal.

Earl Marshal is a hereditary role that has been held by the Dukes of Norfolk since 1672.

Edward Fitzalan-Howard, 65, is the 18th Duke of Norfolk and has been exercising the role of Earl Marshal since 2002. 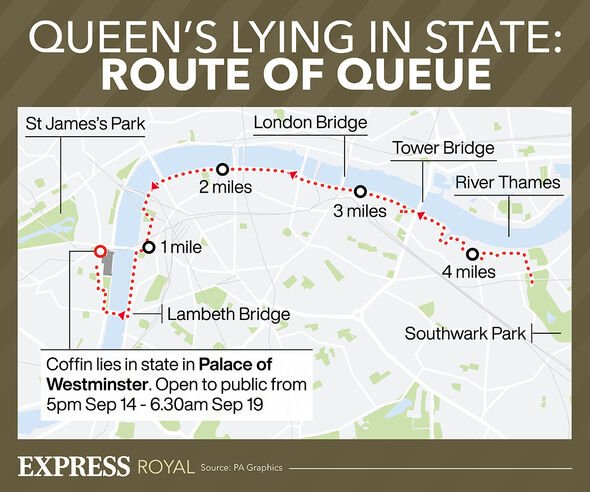 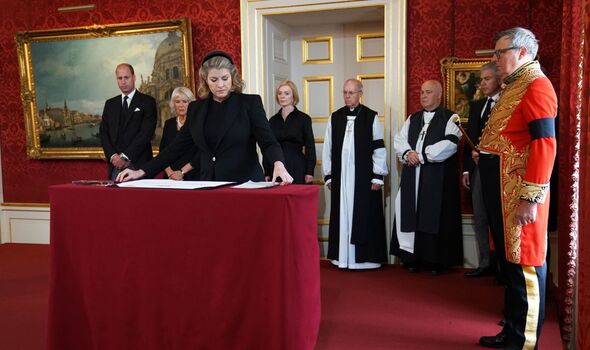 Speaking to The Times on Wednesday, the duke revealed he had been preparing for the Queen’s funeral ever since he inherited the role 20 years ago.

One of his key concerns has been to ensure a maximum amount of people are able to pay their respects, both during the funeral service and the lying-in-state.

It is for this reason that the Queen’s state funeral will take place in Westminster Abbey for the first time in over 250 years – which will allow 2,000 mourners before the ceremony moves to St George’s Chapel in Windsor, for the committal service where a further 800 can attend.

For the benefit of the wider public, the duke altered the historic plan to allow for an additional day of lying-in-state, allowing for people to file past for a little more than four full days and nights.

The duke said: “It’s the maximum time I could manage within the schedule – it should allow an additional 85,000 people to file past the coffin.” 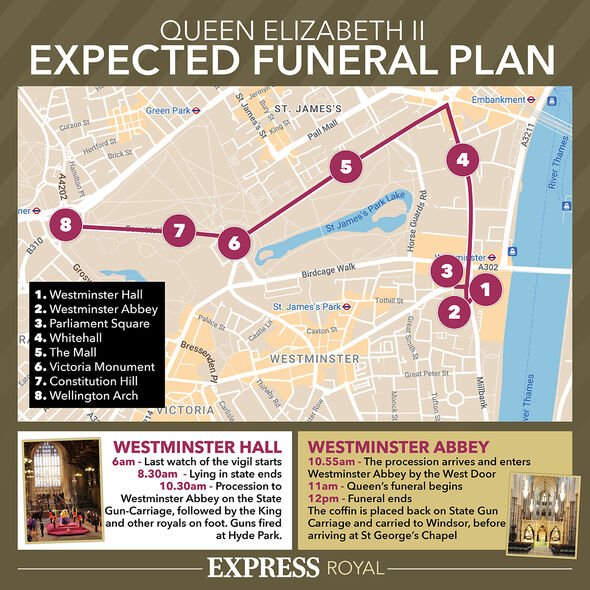 Indeed, the number of people expected to join the queue for the Queen’s lying-in-state dwarfs those of ceremonies past.

As well as being responsible for the Queen’s Coronation in 1953, Fitzalan-Howard’s grandfather was behind the state funeral of Sir Winston Churchill in 1965.

The wartime Prime Minister’s lying in state went on for three days, with Westminster Hall open for 23 hours a day – one hour being reserved for cleaning.

Just over 320,000 people passed by the coffin during that time, with the queue typically lasting three hours and stretching back over a mile.

Queen Elizabeth, the Queen Mother was the last person to lie in state, when an estimated 200,000 people paid their respects over three days in 2002. 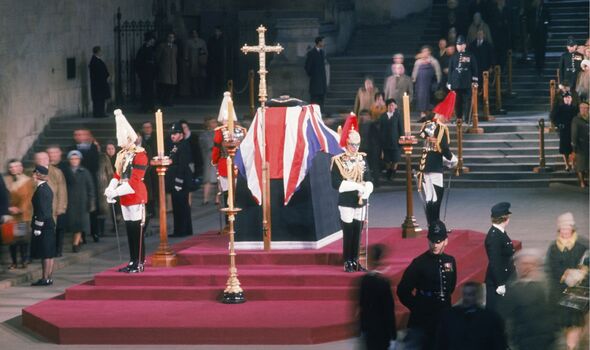 However, despite the extra day and the extended opening hours, due to the over 30-hour expected waiting time, the Daily Mail has cited Government sources saying the queue could be cut off as early as Saturday night.

This would be to ensure that all those who have potentially been waiting day and night are able to reach Westminster Hall before the lying-in-state ends on Monday morning, but will also undoubtedly disappoint thousands who had hoped to take part over the weekend.

One group guaranteed the opportunity to pay their respects are MPs, as a House of Commons spokesperson confirmed on Thursday that they were able to skip the queue – as well as bring up to four guests.

Former Prime Minister Theresa May was spotted taking advantage of this on Thursday morning, as was former Cabinet Minister and fellow Tory Theresa Villiers and Conservative MP David Simmonds.

Parliamentary House staff are also able to bypass the line, as are accredited journalists who book allocated time slots.