The Queen had another crown, aside from the one that was on top of her coffin, but she only ever wore it on one occasion. The crown which was placed on top of the Queen’s coffin is called the Imperial State Crown. It contains 3,000 gemstones and was worn annually by the Queen at the State Opening of Parliament until 2019 when she complained about its weight (1.06kg) and was allowed to wear a lighter crown. However, it was a different crown that the Queen wore for her coronation in 1953.

This crown, named St Edward’s Crown, is regarded as the centrepiece of the Tower of London’s Crown Jewels.

The first version of the crown was used at the coronations of sovereigns from the 13th century until 1649 when it was either sold of melted down after the monarchy was abolished and Charles I was executed during the English Civil War.

After the monarchy was restored in 1660, a new St Edward’s crown was made for Charles II.

This is the crown that Elizabeth II wore for her coronation. 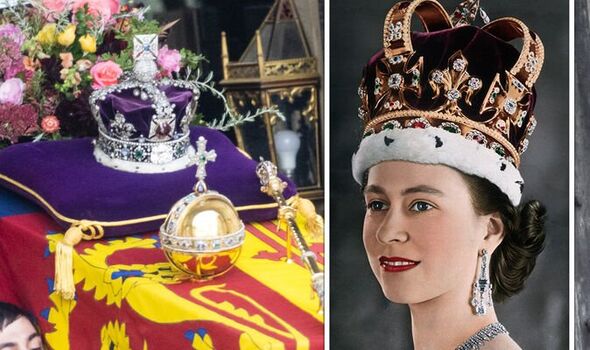 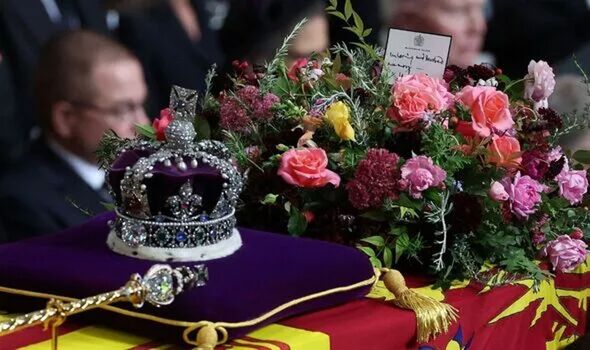 St Edwards crown is made of 22-carat-gold, is about 30cm (12in) tall, weighs 4.9lb (2.23kg) and is decorated with 444 precious and semi-precious stones, including 345 rose-cut aquamarines, 37 white topazes, 27 tourmalines, 12 rubies, seven amethysts, six sapphires, two jargoons, one garnet, one spinel and one carbuncle.

Aside from an appearance on the high altar at Westminster Abbey for the 60th anniversary of the Queen’s reign, the crown has been locked in the Tower of London ever since her coronation.

As of 2019, the value of the jewels and gold used in the making of St Edward’s Crown was estimated to be more than £3.6million. 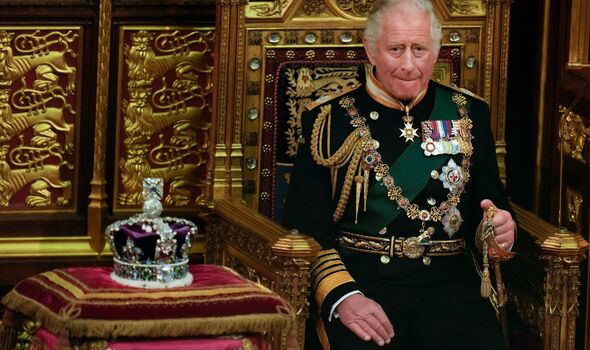 King Charles III is likely to be coronated in 2023.

He will wear St Edward’s crown for his coronation.

He will then wear the Imperial State Crown every year for the State Opening of Parliament.

In 2022, Charles opened Parliament on his mother’s behalf, as she was struggling with mobility issues.

However, he did not wear the crown, and instead, it was placed next to him,  as he was not the Monarch at that time. 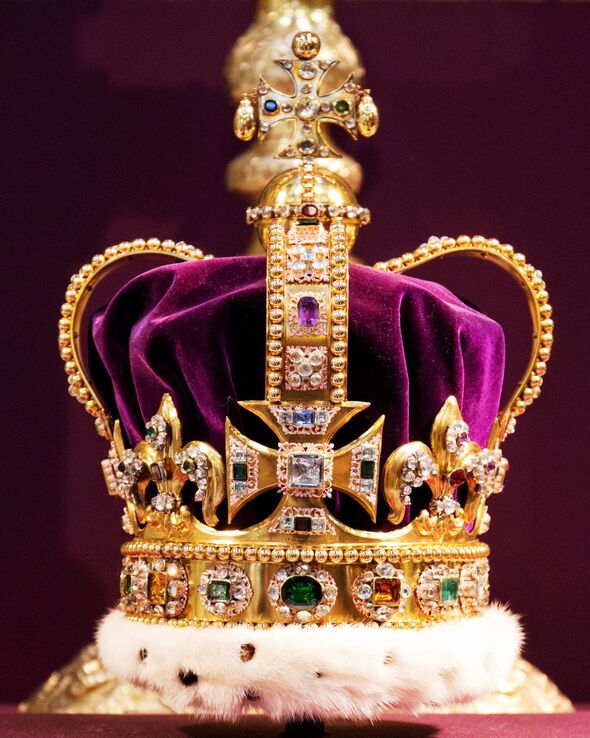 She was Britain’s longest reigning Monarch, having been on the throne for 70 years.

Following her death, the UK went into a period of mourning and thousands flocked to London to see the Queen’s coffin Lying-in-State and to pay their respects to her.

On Monday the Queen’s funeral was attended by thousands of guests, including world leaders and members of royal families from across the globe.

The Queen has now been laid to rest in Windsor, alongside her husband of 73 years, Prince Philip.