The Queen could not hide her emotion as she watched her granddaughter pay a moving tribute to her late husband Prince Philip.

Lady Louise, the 18-year-old daughter of Prince Edward and the Countess of Wessex, drove Philip’s carriage around the arena at the finale of the Royal Windsor Horse Show.

Her Majesty had tears in her eyes looking at the procession of carriage drivers, which became a beloved pastime for Philip in his 50s.

The late Duke of Edinburgh represented Britain at several world and European carriage driving championships, and it’s believed Louise picked up the hobby from her grandfather.

In 2017, Philip spoke about how he took up the sport when he stopped playing polo.

He said: ‘I was looking round to see what next, I didn’t know what there was available. And I suddenly thought, well, we’ve got horses and carriages so why don’t I have a go.

‘So I borrowed four horses from the stables in London, took them to Norfolk and practised and thought – why not?’ 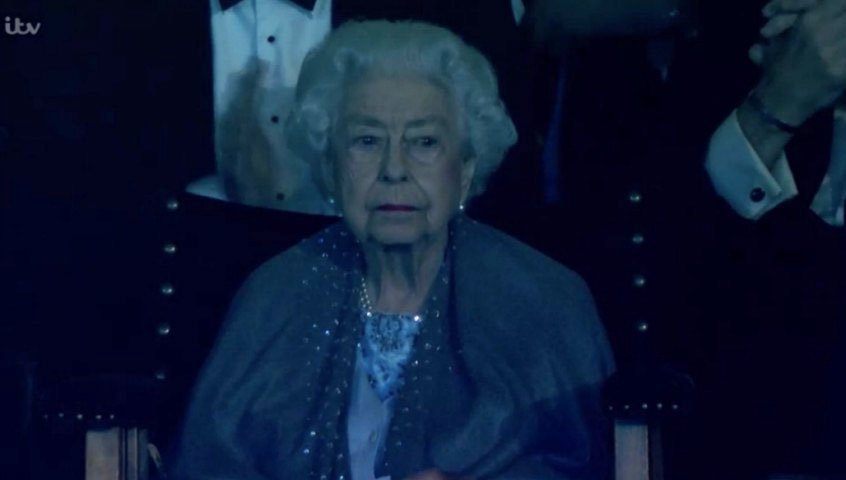 The Queen was in fine form last night, celebrating her Platinum Jubilee, with a display of her beloved horses.

The crowd stood and cheered as Her Majesty arrived by car, and the applause continued as she and Prince Edward approached the royal box of the Castle Arena.

Hollywood stars Tom Cruise and Dame Helen Mirren – once again playing a Queen of England – led the cast of entertainers at the celebration of the monarch’s 70-year reign.

Despite ongoing mobility issues the Queen walked to her seat after she was driven into the Castle Arena escorted by mounted divisions of the Household Cavalry.

A tri-service guard of honour featuring the Coldstream Guards, RAF Regiment and Royal Navy was in place for the Queen’s arrival – signalled by the playing of the national anthem.

Among the celebrities taking part in the show were Damian Lewis, Omid Djalili and Katherine Jenkins, an all-star cast of British and international talent for Sunday’s performance which was broadcast live by ITV.