The Queen reigned for 75 years with Prince Philip constantly by her side, working tirelessly to uphold the monarchy’s values along with her. While she was preoccupied with her duties as the monarch, he made sure to rule over their family with his iron will. Although neither royal stalwarts are prone to emotion, the Queen allowed the public to get some heartwarming insight into their relationship during their 50th wedding anniversary.

Speaking in 1997, she said the Duke of Edinburgh was her “strength and stay” and that she — and their family — “owe him a debt greater than he would ever claim, or we shall ever know”.

Writing in her newly released biography, ‘Prince Philip Revealed’, author Ingrid Seward explained how the Queen appeared to notice when her husband was absent due to illness back in 2012.

She wrote: “When he was taken into hospital after the river pageant for the Diamond Jubilee, suffering from a bladder infection, the Queen looked diminutive and lost at the service of thanksgiving two days later.”

However, Ms Seward was quick to clarify that the Queen was actually handling the situation well. 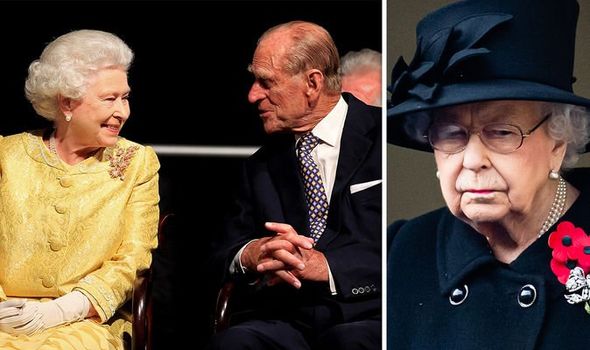 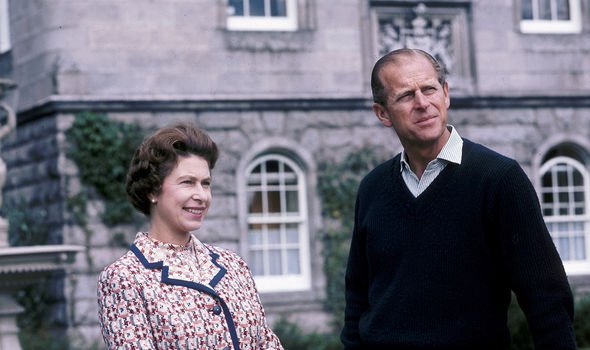 She wrote: “[She] even joked with Philip after he had been taken ill at Windsor Castle the previous day.”

As he was being placed into the ambulance on his way to the hospital, she reportedly said to him: “Don’t die on me — not this week anyway.”

However, Ms Seward noted that this “illustrates the bantering relationship they have always had and always will”.

Philip then retired in 2017, at the astonishing age of 97, after earning the title of the oldest male royal and the longest-serving royal consort in British history. 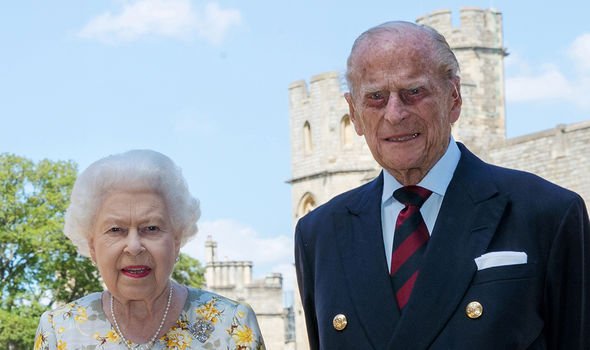 He is still thought to be in good shape, despite turning 99 in June, but no longer carries out royal duties with his wife.

Last year, he went into hospital for a few days for a pre-existing health condition, but he was discharged on Christmas Eve and so was able to spend the occasion with his family at Sandringham.

Still, during the ongoing lockdown, the Queen has opted to spend the month with her husband once again in Windsor Castle.

As both are over 70, they are part of the at-risk category for COVID-19 and so could isolate together. 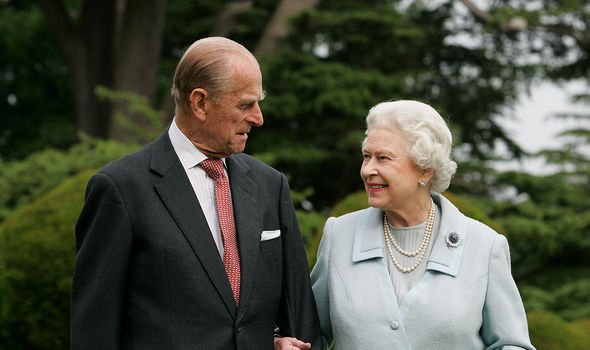 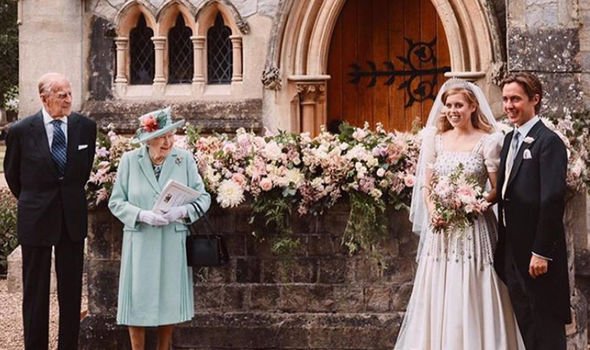 The couple also celebrated their birthdays this year with one another during the first lockdown, as Philip turned 99 on June 10 and the Queen turned 94 on April 21.

Philip had been spending his retirement at Wood Farm on the Sandringham Estate, but with the pandemic looming, he decided he ought to be closer to his wife.

Yet, a source told the Daily Mail that it actually helped the Queen sometimes when her husband was not living at the centre of royal life.

They explained: “She knows him too well — if he was still at the centre of royal life, he’d feel he had to be involved.

“Being at Wood Farm means he’s not too far away but far enough to be able to relax.” 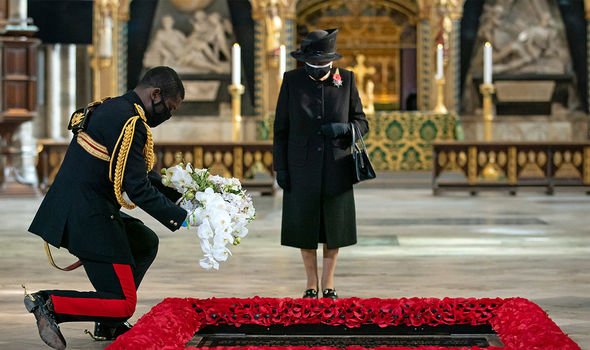 The monarch also attended a scaled-down Remembrance Day service over the weekend, without her husband.

She stood alone on a different balcony, apart from Kate Middleton and Camilla Parker Bowles to honour the two-minute silence.

Prince Charles laid a wreath on her behalf at the Cenotaph, as well as another one in tribute from himself.

She requested a private ceremony to pay her respects to the grave of the Unknown Warrior, too, as the lockdown restrictions prevented most veterans from attending such an event.

Journalist David Dimbleby even described her as a “lonely figure” during the solemn service, although royal fans maintained that she looked “dignified” rather than lonely.

‘Prince Philip Revealed: A Man of His Century’ by Ingrid Seward was published by Simon and Schuster in 2020 and is available here.