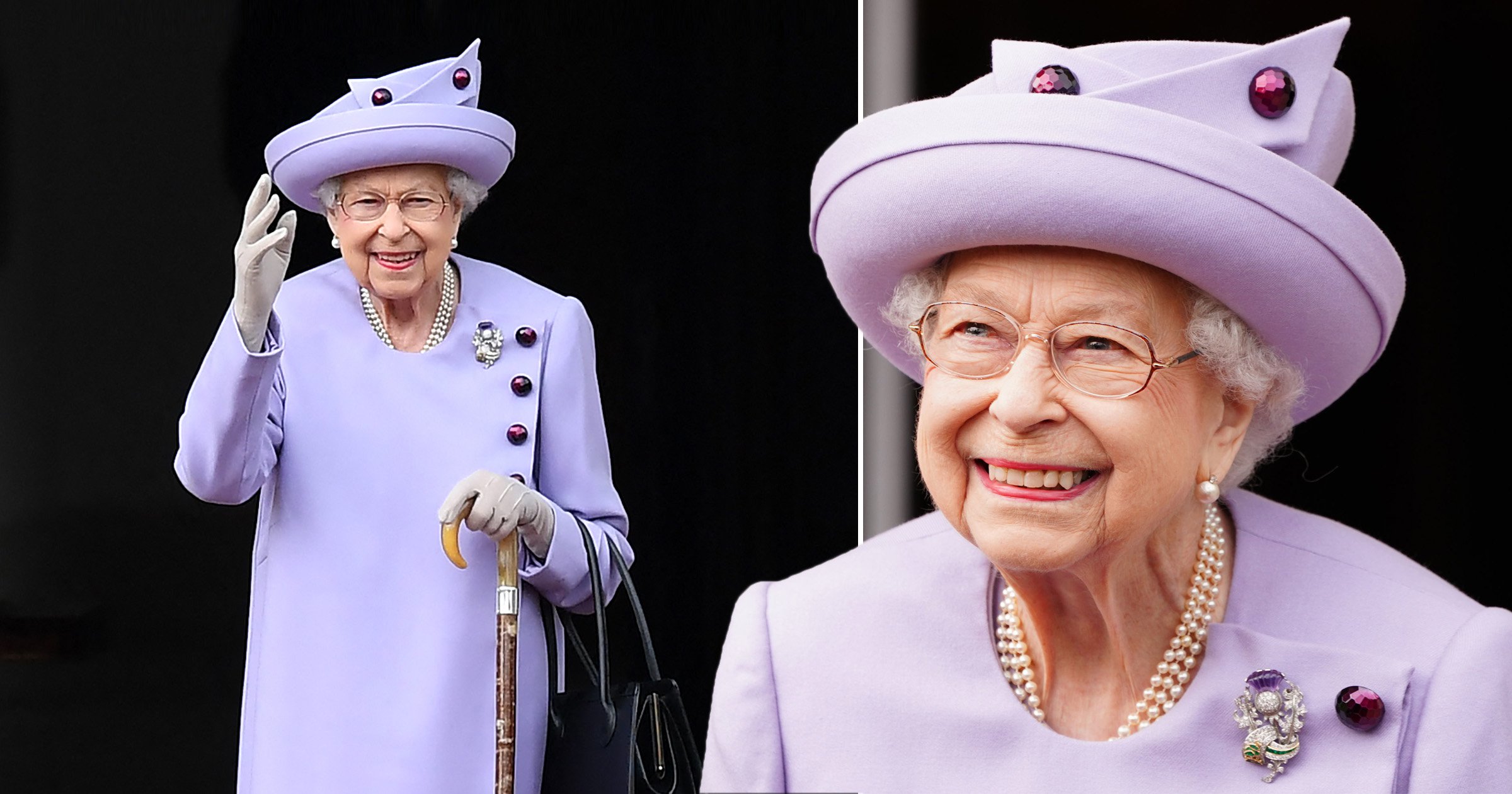 The Queen has pictured beaming as she arrived for a military parade in Edinburgh this morning.

Today marks the second day of Royal Week in Scotland, known as Holyrood Week in the rest of the UK, which sees the monarch travel the country for a special series of events.

While her attendance was in doubt due to health concerns, Her Majesty appears to have been in high spirits during the trip so far.

Yesterday, she was pictured smiling as she accepted flowers upon her arrival in the Scottish capital.

This morning, she joined the Armed Forces at the Palace of Holyroodhouse as they marked her Platinum Jubilee.

Dressed in a lavender jacket with a matching hat, she had also donned a thistle brooch for the occasion.

She was was also carrying a walking stick and her trusty black handbag.

Today’s event, known as the ‘act of loyalty’ comes 200 years since King George IV’s visit to Scotland in 1822.

At the time, his trip was known as the ‘King’s Jaunt’ as he was presented with the key for Edinburgh castle key for the first time.

The tradition continues with a similar presentation for the Queen today.

Representatives from the army, navy and air force are all in attendance for today’s event.

And this afternoon, Princess Anne will then present honours in an investiture ceremony at the palace.

Among those to be recognised will be James McGoldrick, the assistant general secretary of the United Nations, and Ross McEwan, the chief executive of the Royal Bank of Scotland.

The engagements this week allow for the Royal Family to engage with many people who have made ‘invaluable commitments to good causes’ and the community, as well as highlight the culture and traditions of Scotland.

It is thought she will hold an audience with Scottish First Minister Nicola Sturgeon during her time in Edinburgh.

The trip comes after the recent Platinum Jubilee celebrations for the Queen, in which she pledged to continue to serve the country ‘to the best of my ability supported by my family’.

Today’s appearance in her Edinburgh is the first public duty she has carried out since appearing on the Buckingham Palace balcony for the finale of her Platinum Jubilee celebrations.

The Queen has been aided by a walking stick for today’s event.