Queen Elizabeth has made her second appearance since being hospitalised last week and appears to be in good spirits.

The 95-year-old took part in a presentation over video this morning and even cracked a joke.

Speculation has swirled about her health since she was ordered to rest by doctors.

News of the hospital stay emerged after she cancelled a trip to Northern Ireland and a planned appearance at the Cop26 climate summit in Glasgow has also been scrapped.

But footage released from an engagement earlier today by Buckingham Palace shows The Queen getting on with her light duties.

She was on hand to award the Gold Medal for Poetry, an annual award established in 1933 for writers.

Congratulating David Constantine on his honour, the Queen said: ‘I am very glad to have a chance to see you if only mechanically this morning.’

She then quipped: ‘I don’t know what you do with it. Do you put it in a cupboard?’ 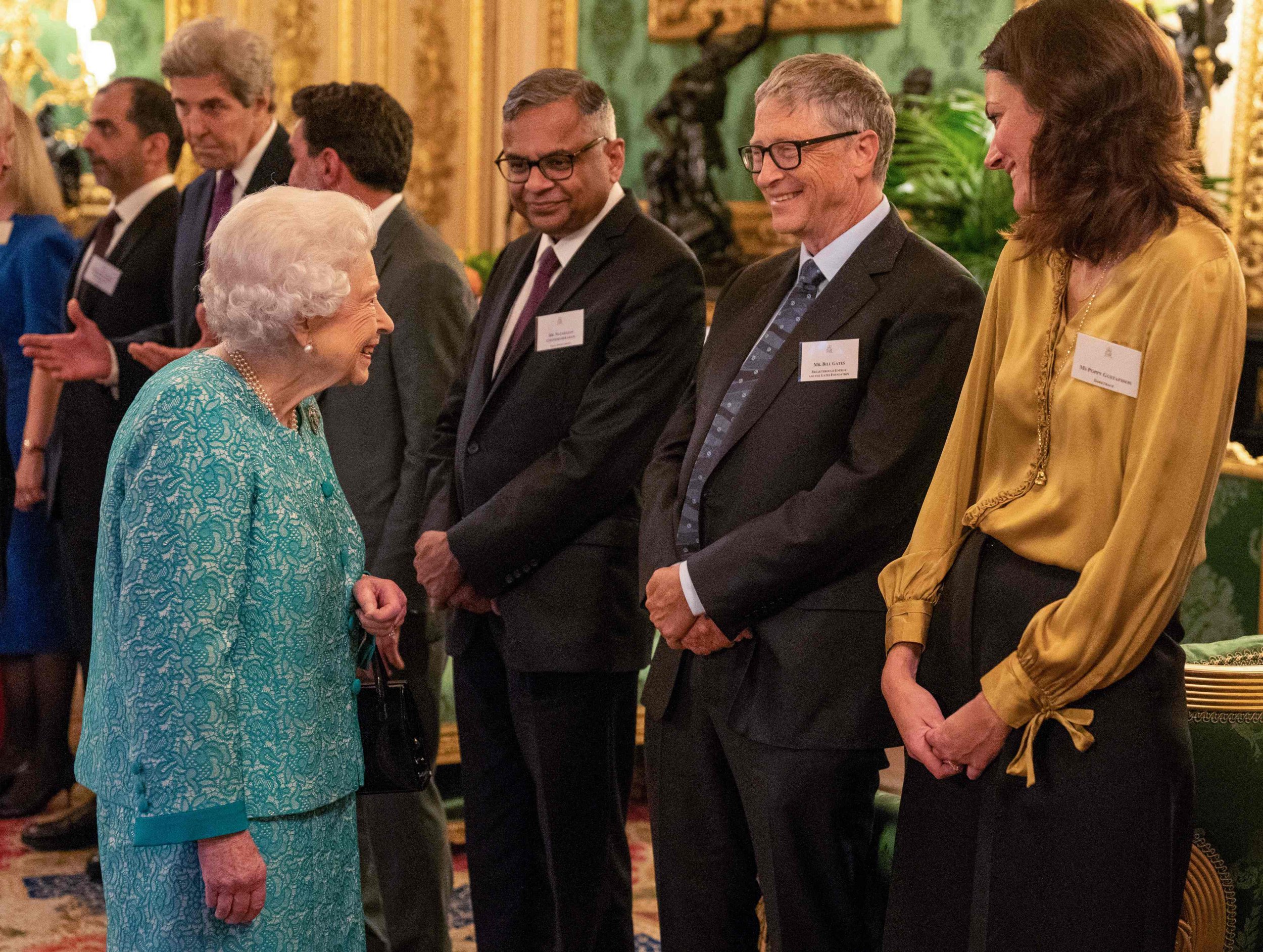 The palace has closely guarded information on The Queen’s health, only confirming the hospital stay after details were leaked to The Sun.

She underwent tests and is recuperating at home after reportedly being exhausted by a heavy schedule.

The previous night, she had attended a business summit with prime minister Boris Johnson where she met with guests like tech billionaire Bill Gates and US climate change envoy John Kerry.

Despite losing husband Prince Philip this year and being the world’s oldest head of state, the Queen has maintained a gruelling set of engagements for a woman her age.

She has been seen using a walking stick in recent months but still appears to be in good health.

Yesterday’s court circular confirmed the Queen had a telephone conversation with Boris Johnson, their first for three weeks.

She returned to work on Tuesday, carrying out virtual audiences from Windsor Castle, her first official engagements in seven days.

The Queen later spoke with Chancellor Rishi Sunak ahead of the Budget.

David Constantine joins names like W H Auden, Philip Larkin and Siegfried Sassoon on the roll call of poets to have received the medal from the monarch.

Poet laureate Simon Armitage was also present for the ceremony.