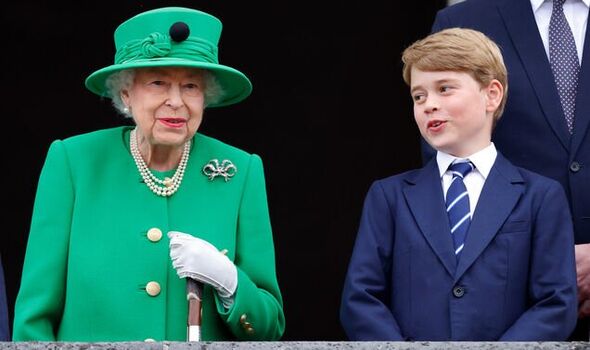 Her Majesty, 96, and Prince George are seen smiling at each other on Buckingham Palace’s balcony. The photo, posted on the Queen’s Twitter account “The Royal Family”, included a caption with a birthday cake emoji.

Later, a clip was posted of the Regimental Band of the Irish Guards performing Happy Birthday to him.

The previous day, George’s mum Kate posted a photo she took of him on a beach. Charles and Camilla’s Twitter retweeted the alongside an emoji.

Prince George will start Lambrook school near Castle later according to reports.

George will start at Lambrook school in Ascot Windsor this year, according to reports. William and Kate are rumoured to be moving to Berkshire to be closer to his school and the Queen.