Spanish royal family members have made several dedicated public appearances following the devastation of COVID-19 in Spain. The country went into lockdown soon following Italy and ended up one of the worst affected in Europe. As the national government and residents try to strike a delicate balance between “normal” life and COVID-19 vigilance, the royals will serve as an encouraging national presence.

The ruling generation of Spanish royals is more national than most, however, thanks to Queen Letizia.

The Queen Consort has lived a seemingly fairytale life, springing from her established career as a journalist into the arms of King Felipe.

She became Queen six years ago, having already attained the title of Princess of Asturias via her 11-year marriage to the new King.

The Queen is unique, both in her path to the throne and her nationality, as she is Spanish. 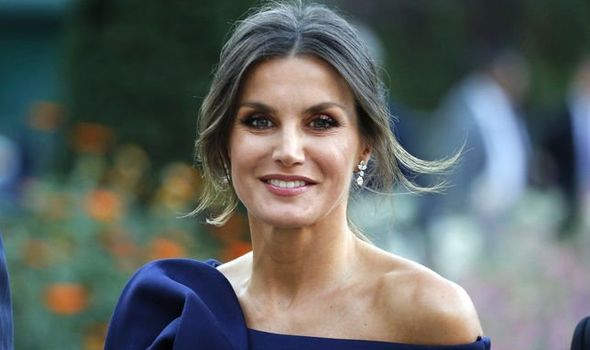 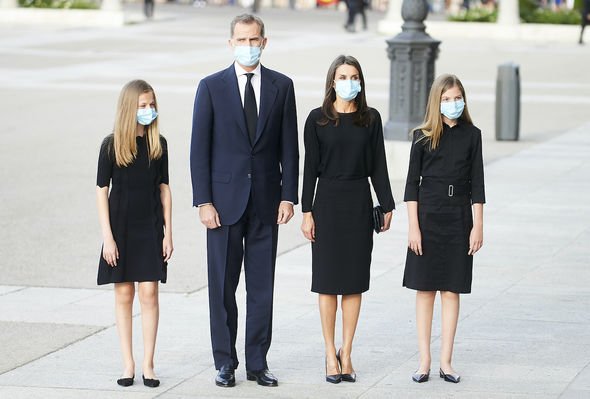 While this may seem an odd quality to hold as unique in a national leader, she breaks centuries of the royal mould.

No native Queen Consorts have held the position since 1878.

The last Spanish-born consort was Mercedes of Orléans, first wife of Alfonso XII.

Since 1878, consorts have hailed from the nearby countries of Austria and Germany. 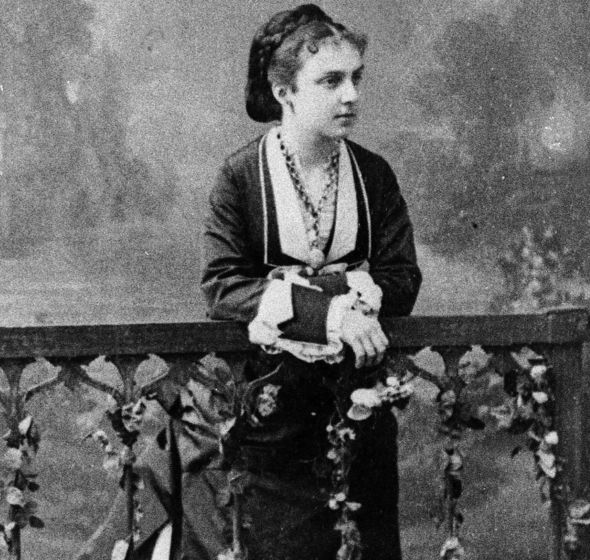 Before Letizia, the Queen Consort of Spain was Sophia of Greece and Denmark, wife of Juan Carlos I.

He abdicated in 2014 and left the monarchy to King Felipe VI.

When Letizia became Queen Consort, she also broke another tradition, becoming the first-ever commoner to do so.

Although unusual, her established career, down-to-earth nature and extensive education made her popular with Spaniards. 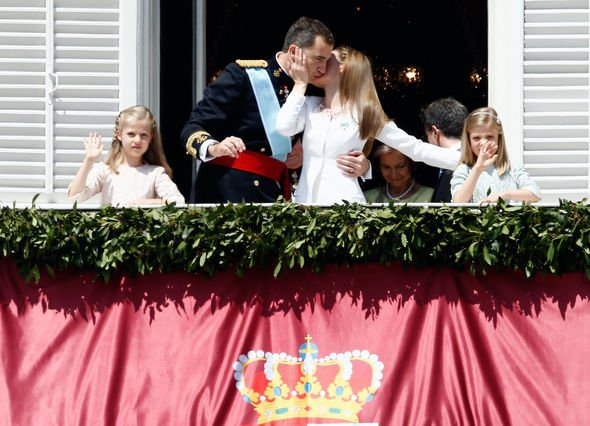 When her husband became King, historians and other “commoners” clubbed together to hail her new status as positive for the country.

He said: “I think (their marriage) was a very positive thing.

“What she brings to the marriage is basically that she grounds him. She makes him aware of everyday issues, everyday problems.”

He said: “The monarchy seems medieval to me, but if there has to be a queen I would prefer it to be someone who doesn’t have blue blood.”

Paloma Barrientos, a reporter covering the palace in Madrid at the time added she had built a “solid” presence due to her upbringing.

She said: “The preparation of the future queen is solid because before she was Queen she was a woman with a degree, who comes from the lower middle class with parents and grandparents who had to work for a living.”