Her Majesty looked pensive as she was spotted being driven from Wood Farm, a five-bedroom cottage on the Sandringham estate, to her helicopter set to fly her back to Windsor Castle. The Queen appeared in good health as she donned an olive green trench coat above a white cardigan and blue dress.

She accessorised her outfit with a pair of pearl earrings and a necklace, staple items in her wardrobe.

The monarch was accompanied in the car by her confidant and dresser Angela Kelly who, unlike the Queen, smiled widely at the camera lenses.

Her Majesty’s return to Berkshire took place as Prime Minister Boris Johnson is experiencing one of the worst political crises of his career.

On Tuesday evening, Mr Johson was hit in quick succession by the resignations of Health Secretary Sajid Javid and Chancellor of the Exchequer Rishi Sunak. 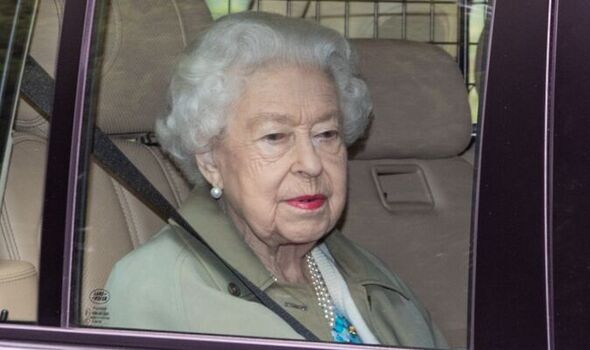 These resignations, coming off the back of the scandal surrounding former Tory deputy chief whip Chris Pincher, were followed this morning by more woes for the Prime Minister.

Among the Conservative MPs to resign earlier today from their positions in Government was Will Quince, the children’s minister who was tasked on Monday to defend with the media Mr Johnson over his knowledge about the allegations previously made against Mr Pincher.

The MP for Colchester said in his resignation letter: “Dear Prime Minister. Thank you for meeting with me yesterday evening and for your sincere apology regarding the briefings I received from No 10 ahead of Monday’s media round, which we now know to be inaccurate.

“It is with great sadness and regret that I feel that I have no choice but to tender my resignation as minister for children and families as I accepted and repeated those assurances in good faith.”

Despite the crisis rocking the Government, the Prime Minister is fighting for his job, as it became apparent during today’s PMQs.

While answering a question by Labour MP Ian Lavery concerning fundings for his Wansbeck constituency, Mr Johnson said: “Hang on in there – that’s what I’m going to do.”

The Queen appointed Mr Johnson as Prime Minister in July 2019, when he replaced Theresa May as leader of the Government.

He is the 14th Prime Minister to serve during the monarch’s historic reign – the first in British history to last for seven decades.