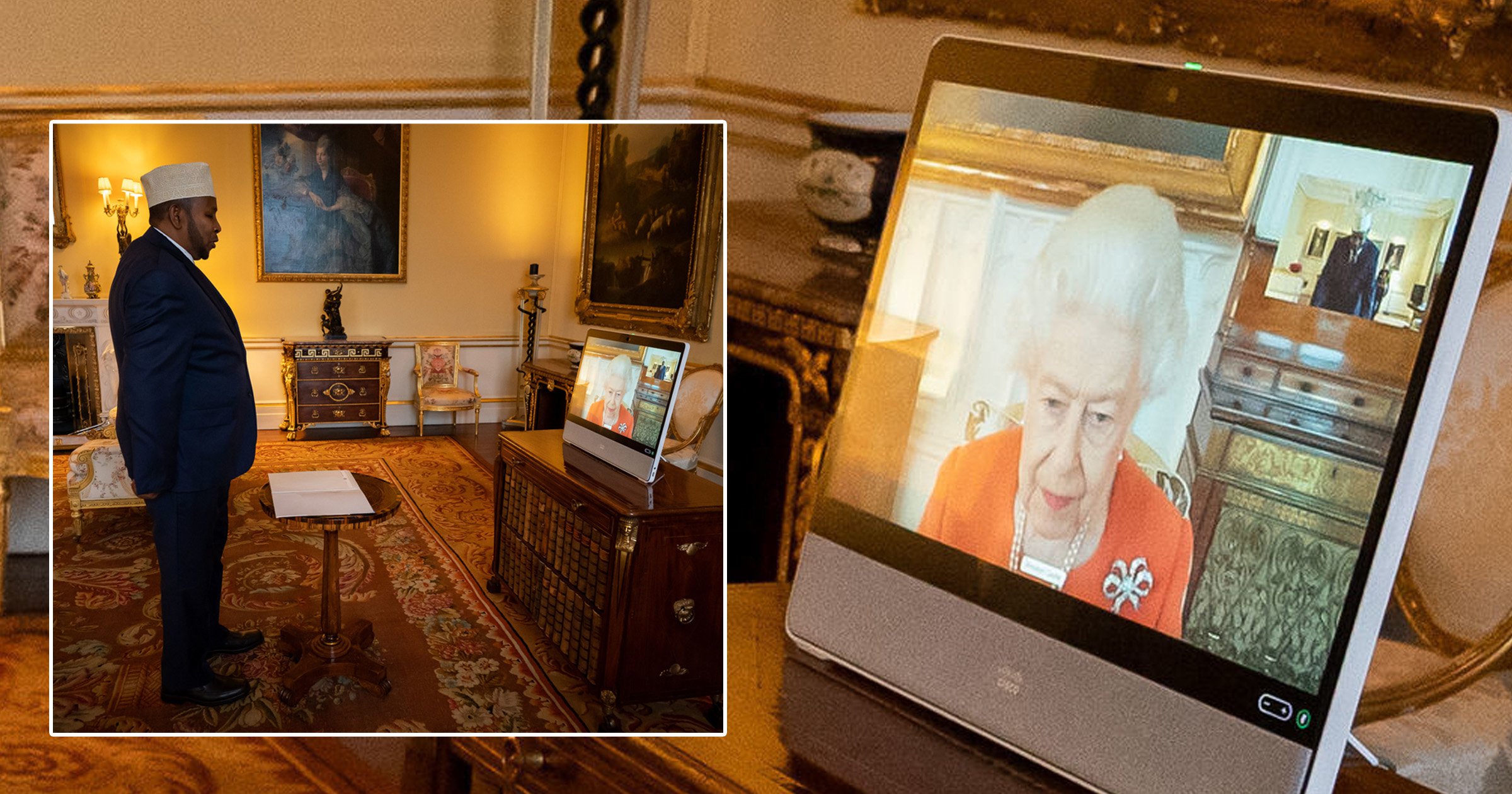 The Queen has made a virtual appearance from Windsor Castle, dazzling in an orange dress to receive the Ambassador of Somalia.

The 95-year-old has been resting on doctors’ orders and carrying out light duties since spending a night in hospital for preliminary tests in October.

Her majesty spoke with Abdulkadir Ahmed Kheyr Abdi who went to Buckingham Palace for the video call.

The Queen, who missed Remembrance Sunday after spraining her back, is busy writing her Christmas Day message to the nation.

She will likely use her annual televised speech to reflect on the ongoing challenges facing the country, as well as the loss of her husband, the Duke of Edinburgh, in April.

The royal family is set to gather for Christmas with the Queen at Sandringham after last year’s festivities were curtailed due to the pandemic.

The Queen and Philip spent last Christmas together at Windsor without the rest of the family.

It came after the elderly couple spent most of 2020 being cared for by a reduced number of staff dubbed HMS Bubble.

Traditionally, the Queen hosts a pre-Christmas lunch for her wider family the week before.

This usually takes place at Buckingham Palace, but building works at the residence will likely move the event elsewhere.

The Queen was last pictured carrying out official public duties outside Windsor nearly two months ago on October 14, when she travelled to Cardiff to deliver a speech at the Welsh Senedd.

She also spent a day at the Ascot races on October 16 and presented the Queen Elizabeth II Stakes trophy, but this was not listed as an official engagement.