Last week, Denmark’s Queen Margrethe announced her decision to remove prince and princess titles from four of her grandchildren. “It is a consideration I have had for quite a long time,” Margrethe told reporters after an official palace statement was released. “I think it will be good for them in their future.”

Here’s everything you need to know about the title controversy — and why some members of the family are not happy with the monarch’s decision.

As of January 1, 2023, Prince Joachim’s children will no longer be able to use prince and princess titles and will instead be referred to as counts and countess of Monzepat.

The Danish Royal House issued a statement, saying: “With her decision, Her Majesty The Queen wishes to create the framework for the four grandchildren to be able to shape their own lives to a much greater extent without being limited by the special considerations and duties that a formal affiliation with the Royal House of Denmark as an institution involves.” 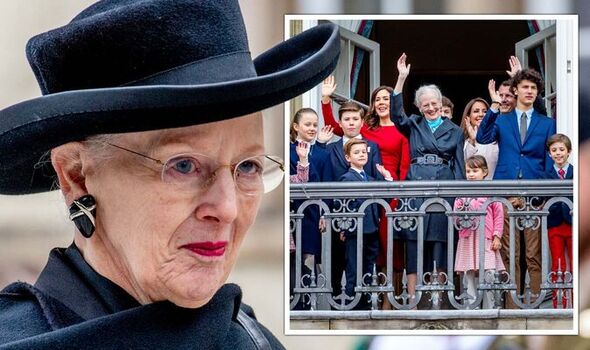 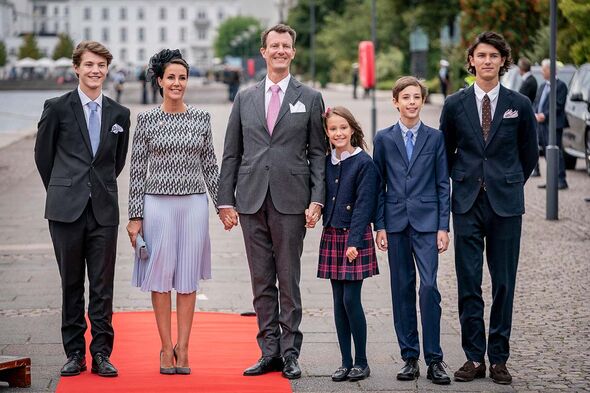 The 53-year-old Prince immediately expressed his displeasure with his mother’s decision. Speaking to the national press, he said: “I can say that my children are sad. My kids don’t know which leg to stand on. What they should believe. Why should their identity be removed? Why must they be punished in that way?”

His first wife, Countess Alexandra — mother to Nikolai and Felix —also expressed her unhappiness. Her press secretary, Helle von Wildenrath Løvgree, told CNN: “She can’t believe why and why now, because there’s no good reason. They would lose their titles anyway when they get married one day. Her sons are young men so maybe they might get married in the near future so why shouldn’t it wait until that day so that the titles would disappear on a happy day?

“It’s just their loss of identity and it’s very hard for little children and young men. As Prince Nikolai said to me: ‘What will they write in my passport now?’” 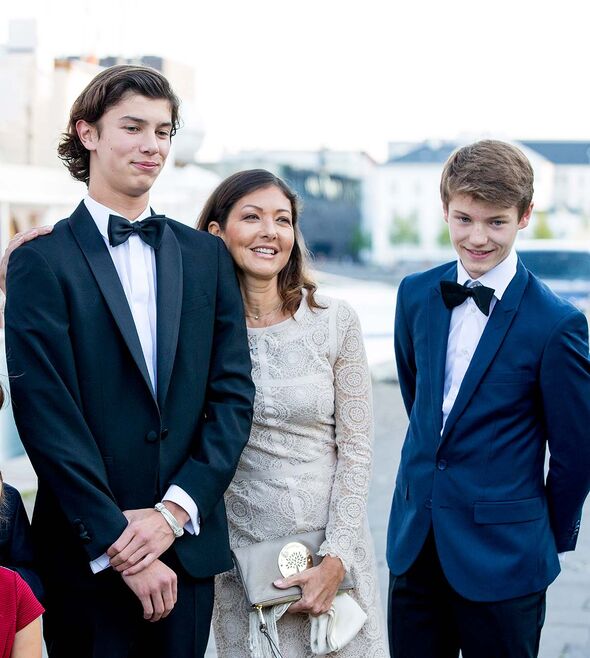 Prince Nikolai also spoke with the press, saying: “We are, as my parents have also stated, in shock at this decision and at how quickly it has actually gone. I don’t understand why it had to happen this way.”

What about the Crown Prince and Princess?

Crown Prince Frederick, Margrethe’s elder son, also has four children but they were not affected by the Queen’s title cull. 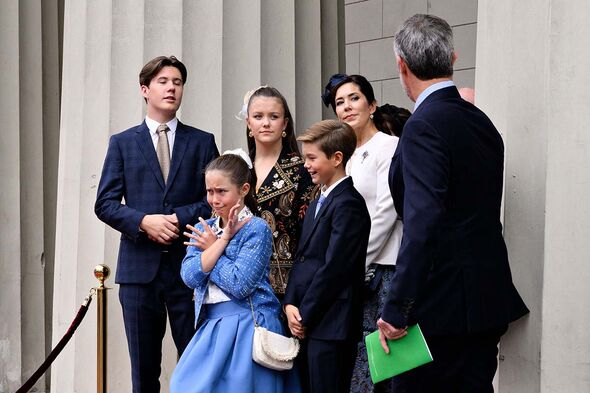 “Change can be difficult and can really hurt. But this does not mean that the decision is not the right one. We will also look at our children’s titles when the time comes.

Prince Christian, 16, Frederik and Mary’s eldest son, is second in line for the Danish throne.

Why did Margrethe strip her grandchildren’s titles?

Five days after the initial announcement, the Queen weighed in once more. In an official statement, she wrote: “In recent days, there have been strong reactions to my decision about the future use of titles for Prince Joachim’s four children. That affects me, of course.” 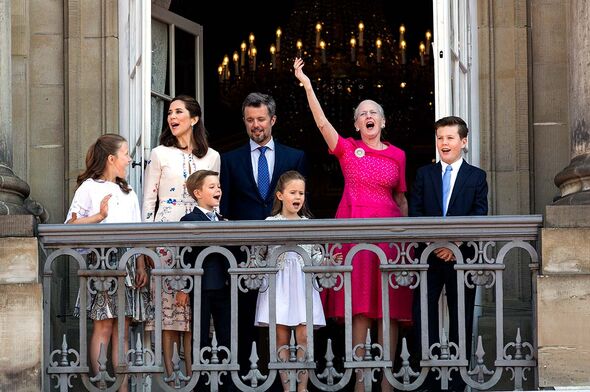 She continued: “My decision has been a long time coming. With my 50 years on the throne, it is natural both to look back and to look ahead. It is my duty and my desire as Queen to ensure that the monarchy always shapes itself in keeping with the times. Sometimes, this means that difficult decisions must be made, and it will always be difficult to find the right moment.”

The monarch wrote of “future-proofing,” and ensuring the continuation of the monarchy, saying: “Holding a royal title involves a number of commitments and duties that, in the future, will lie with fewer members of the royal family. This adjustment, which I view as a necessary future-proofing of the monarchy, I want to take in my own time.”

She concluded: “No one should be in doubt that my children, daughters-in-law and grandchildren are my great joy and pride. I now hope that we as a family can find the peace to find our way through this situation.” 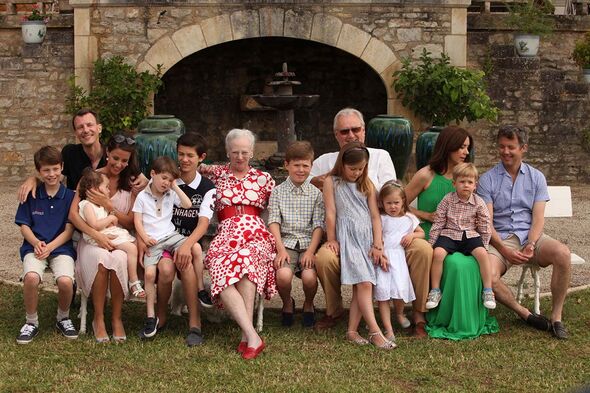 This is not the first time Margrethe has made an effort to slim down the monarchy. In 2016, the monarch announced only Prince Christian — as heir after his father — would receive an appanage from the Crown (financial assistance).

It’s been done before

It also appears to be part of a wider trend within the ruling houses of Europe, which are seeking to slim down and modernise their monarchies to ensure their survival. In 2019, King Carl XVI Gustaf announced that the children of Princess Madeleine and Chris O’Neill, and Prince Carl Philip and Princess Sofia, would lose their HRH titles. He also declared that his five grandchildren would no longer be expected to perform public duties.

Now, King Harald of Norway might be considering a similar change — according to magazine Se og Hør meetings have taken place already.

It has also been compared to the British monarchy, now led by King Charles III whose desires for a smaller royal family have long been known. 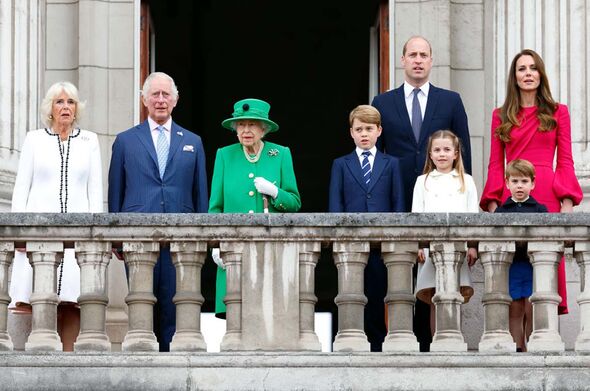 Even the late Queen Elizabeth II did much to “future-proof” the Royal Family. Of her eight grandchildren, only four have the title of Prince or Princess: Harry, William, Eugenie and Beatrice. The other four; Zara Tindall, Peter Phillips, Lady Louise Windsor and James, Viscount Severn are not princes or princesses.

According to a Danish commentator, the Queen’s decisions may be in a bid to maintain the “magic of the royal family”.

Ulla Terkelsen, chief international correspondent of TV2 Denmark, told Honey 9: “What the Queen is doing is very popular. She is keeping the aura and the magic of the royal family — the big parties and the horses and all that — but she is also saying that she understands the spirit of the time and the need to get rid of unnecessary titles.” 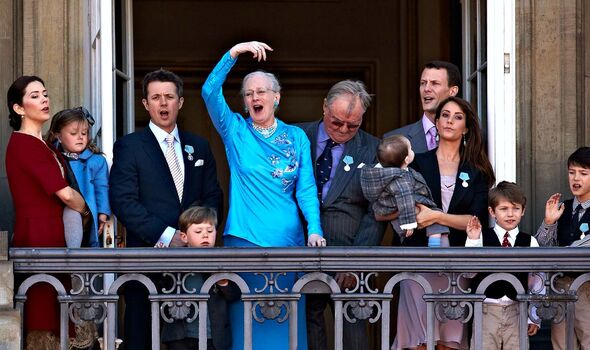 While he acknowledged Margrethe’s desire to relieve her grandchildren of the burden of holding a royal title, the commentator claimed it could have a negative impact on the number of patronages and charities that will benefit from the royal family.

He told The Independent this week: “The issue is, if you have a royal patron, it gives tremendous cachet to an institution, it helps attract donors, and it gives it a very good reputation,” adding that, with slimmed-down monarchies, many of these institutions will “have to do without royals linked to them”.

“It is the one debit of the slimmed-down process, and that is that fewer charities benefit.”