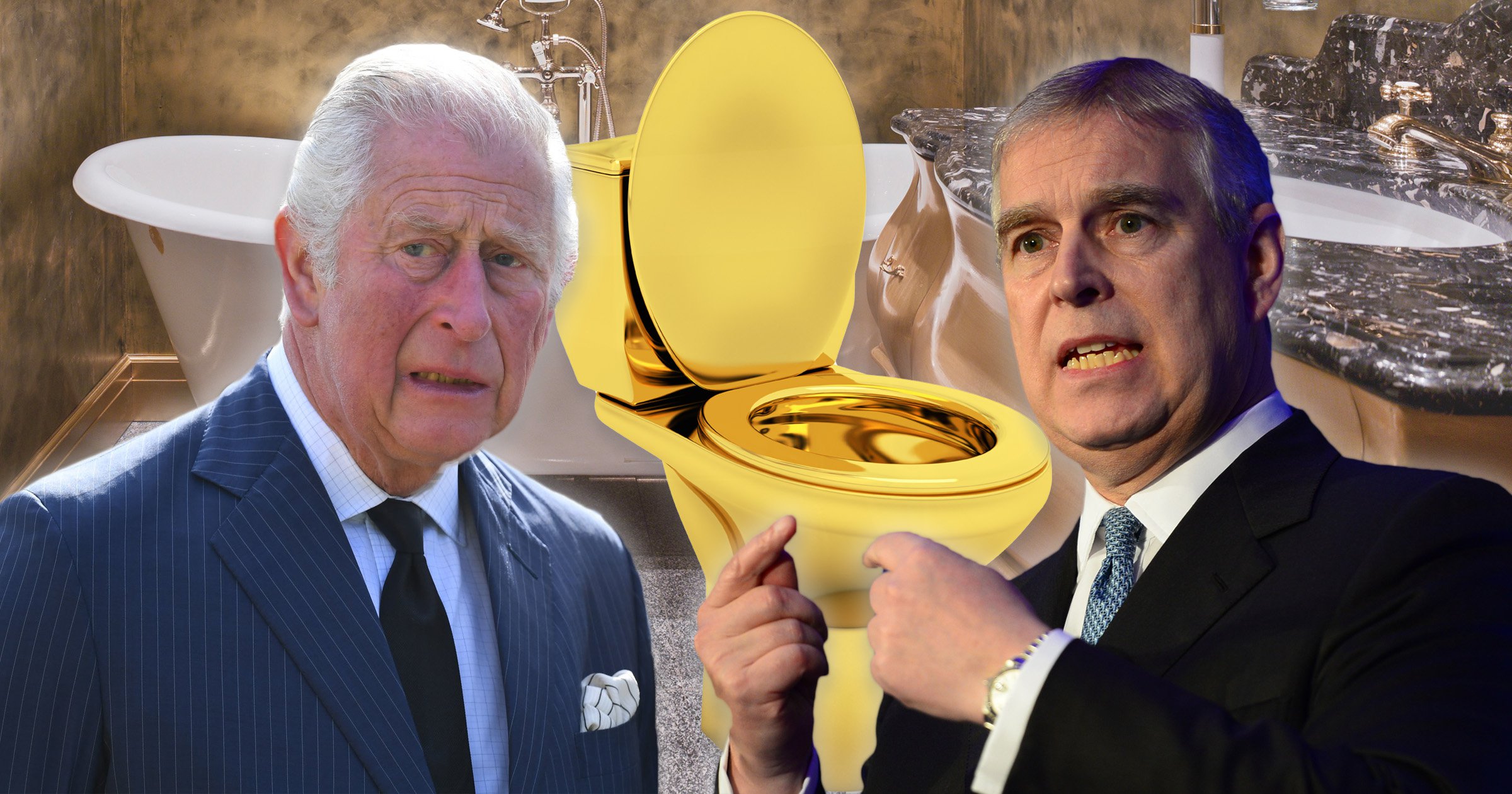 Prince Andrew once had to be ordered down by the Queen in a bizarre row with Charles over a toilet, it has been claimed.

The Duke of York, then 39, is said to have refused to remove his toiletries from a bathroom intended for his older brother.

He gave in only after an intervention from his mother at Sandringham, a former maid has alleged.

Janette McGowan claimed household staff were told not to move or touch anything in the bathroom due to an ‘ongoing situation’.

She told The Sun: ‘When members of the Royal Family travel to Sandringham they are each allocated rooms and a bathroom.

‘But Prince Andrew took the bathroom that was allocated for the Prince of Wales and he wouldn’t budge and refused to take his stuff out of it. It turned into a bizarre stand-off.

‘In the end The Queen herself had to intervene to defuse the situation.

‘She actually had to have words with Andrew and say to him that he had to use the other bathroom and that was when he finally backed down.’

Janette, 65, said that Prince Charles was ‘very grown up about it’ and patiently waited for a resolution.

But she said that was ‘more than could be said for Andrew’, who she described as ‘spoilt’.

The former maid worked at Buckingham Palace between 1999 and 2000.

She said there was ‘nothing special’ about the bathroom at Sandringham — and believes Andrew simply resented the fact that his brother, the future King, was regarded as ‘superior’ to him.

Janette said that when family members stay at the Norfolk estate, they are allocated a bathroom which is directly opposite their bedroom.

But Andrew is said to have arrived first and chosen one which wasn’t opposite his room ‘which is what made it so bizarre’.

‘It was just a good old sibling row,’ she said.

‘I think it was very petulant.’

Janette’s claims come after another former maid alleged Andrew often erupted into ‘demanding and entitled’ foul-mouthed rants which left her in tears.

Charlotte Briggs, 47, said Andrew would make her run up four flights of stairs to close his curtains, despite the fact that he was sat right next to them.

She is not the only palace insider to talk about Andrew’s bear collection, with one producing a sketch of where they were supposed to go.

A former royal guard has also claimed Andrew would ‘scream’ at maids if they messed up his teddies.

Charlotte said she had ‘no regrets’ about speaking out after backlash from some people in her local area.

However, she has also been keen to point out that while she considered Prince Andrew’s attitude poor, she never witnessed any inappropriate behaviour.

Andrew is currently facing a sexual assault civil lawsuit brought by Virginia Giuffre in the US.

The duke’s accuser says she was trafficked by convicted paedophile Jeffry Epstein and sex trafficker Ghislaine Maxwell and made to have sex with the prince three times when she was a teenager.

He is fighting the case as a private citizen after being stripped of all his military titles and royal patronages amid the scandal.

Buckingham Palace and spokespeople for the Duke of York declined to comment.