The Queen issued a statement from Windsor Castle, where she has been self-isolating for the most part of 2020. In her brief letter addressed to the audience as well as those involved in the creation of BBC’s Woman’s Hour, the Queen praised the show as “friend, guide and advocate” to women.

She said: “As you celebrate the 75th year, it is with great pleasure that I send my best wishes to the listeners and all those associated with Woman’s Hour.

“During this time, you have witnessed and played a significant part in the evolving role of women across society, both here and around the world.

“In this notable anniversary year, I wish you continued success in your important work as friend, guide and advocate to women everywhere”.

The radio magazine programme has been on air since 1946. 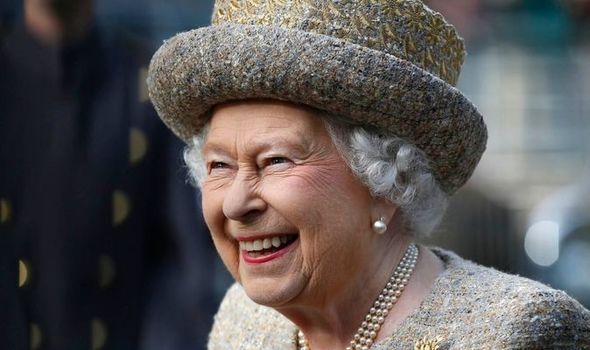 For more than three decades, it was hosted by Dame Jennifer Susan Murray who left the show last year.

Woman’s Hour, which airs between 10 and 11am, is now led by Emma Barnett.

According to royal commentator Rebecca English, the monarch is a “regular listener” of the show.

She wrote on Twitter: “The Queen is known to be a regular listener, and to issue a rare message of congratulations with such a personal tone is indicative of that…”

The Queen last spoke to the public on Christmas Day, when she delivered her annual broadcast.

This year’s Christmas speech was entirely focused on the coronavirus pandemic, the grief it has brought upon many and how it managed to bring communities together despite the stay at home orders issued by the national Government and local administrations.

The Queen said: “Remarkably, a year that has necessarily kept people apart has, in many ways, brought us closer.

“Across the Commonwealth, my family and I have been inspired by stories of people volunteering in their communities, helping those in need.

“In the United Kingdom and around the world, people have risen magnificently to the challenges of the year, and I am so proud and moved by this quiet, indomitable spirit.

“To our young people in particular I say thank you for the part you have played.”