The monarch, 95, is set to host new US President Joe Biden and First Lady Jill Biden at Windsor this week. While Buckingham Palace is the seat of the monarch in normal times, the Queen has been living at Windsor Castle since the beginning of the coronavirus pandemic. Mr Biden, who is in the UK for the G7 meeting in Cornwall, has arrived with a demand that the UK settle its Brexit row over Northern Ireland.

The President’s press secretary Jen Psaki told reporters last week: “Who among us wouldn’t want to meet the Queen?

“They issued, of course, a graceful invitation, which he certainly accepted. He’s looking forward to seeing her with Dr Biden as well.”

This is the Bidens’ first overseas trip since taking office and Mr Biden’s first meeting with the Queen as President, although they may have met during his five decades in politics including eight years as Vice President.

Royal expert Richard Fitzwilliams told Express.co.uk that the Queen is likely to be relieved not to be dealing with Mr Trump and his unpredictability anymore ‒ although publicly she remains impartial ‒ and will appreciate having a US President with such experience. 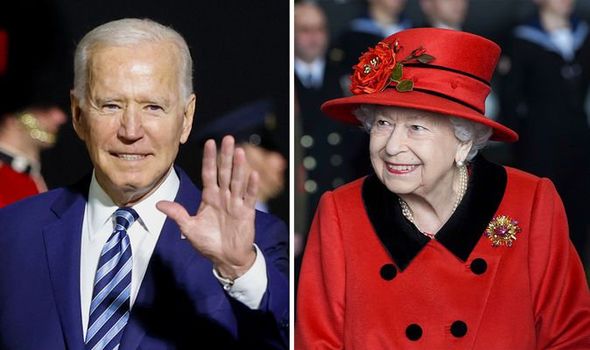 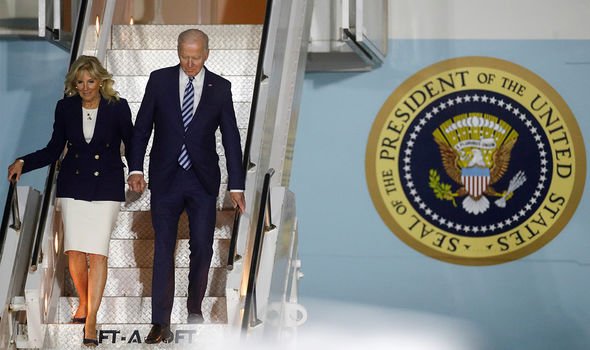 He said: “Given Donald Trump’s notorious unpredictability and the atrocious storming of the Capitol by a mob incited by him, she is likely to be personally relieved by Biden’s election victory.”

He added: “As the world’s most experienced head of state, she will undoubtedly appreciate the importance of America having a President with so much experience, especially during the unprecedented crisis of the COVID-19 pandemic.”

Not only was Mr Trump a somewhat volatile President, he also broke royal protocol in a way that was dubbed a “mortal insult” to the Queen during a visit to the UK in 2018.

The former President turned his back on the Queen and walked in front of her while inspecting the guard at Windsor Castle. 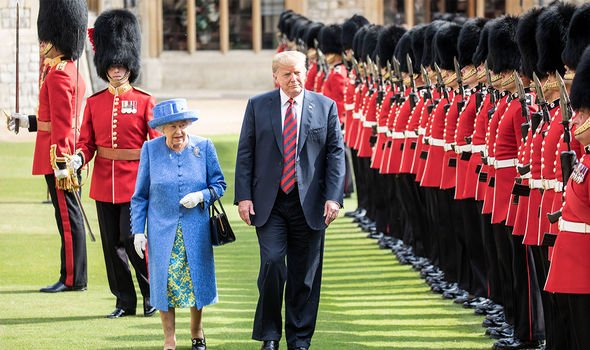 Royal historian Ian Beck wrote on Twitter: “Trump has also turned his back on the Queen.

“I have always believed this to be a mortal insult to a monarch.”

Mr Trump also breached protocol by revealing what the Queen told him about Brexit during an interview with Good Morning Britain.

It is very rare for heads of state to discuss their private conversations with the Queen and it is against royal etiquette, something which Mr Trump actually acknowledged in the interview. 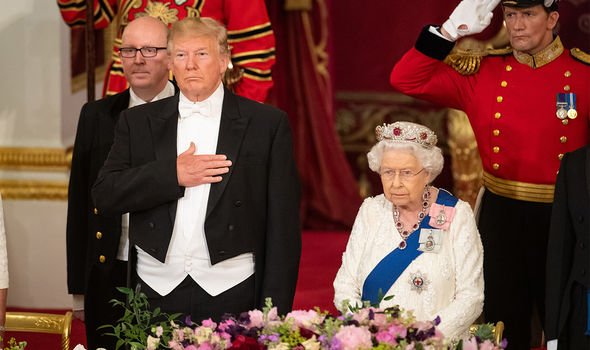 “I think nobody had any idea how complex this was going to be.

“Everyone thought it was going to be ‘Oh it’s simple, we join or don’t join, or let’s see what happens’.” 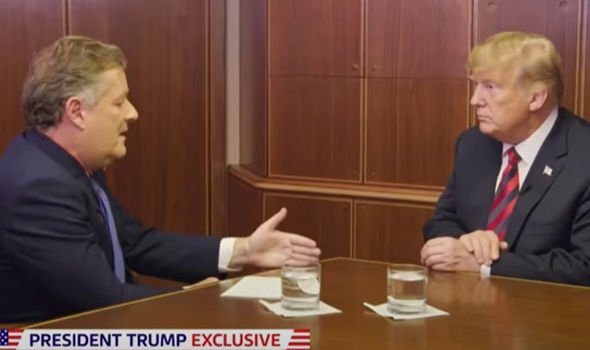 Mr Trump was pushed for more detail on what the Queen said, but he declined to say.

He said: “Well, I can’t talk, you know I’ve heard very strongly from a lot of people, you just don’t talk about that conversation with the Queen, right? You don’t want to do that.

“Let me tell you what I can talk about. She is an incredible woman, she is so sharp, she is so beautiful, when I say beautiful ‒ inside and out. That is a beautiful woman.”

The following year Mr Trump came to the UK for a state visit and broke royal protocol again.

The former US President shook hands with the Queen and Prince Charles instead of bowing, as is tradition.

He and his wife Melania repeated this mistake when they met the royals for the NATO meeting in London in 2020.

Royal aides are likely hoping that Mr Biden is more au-fait with royal protocol than his predecessor.