Joe Biden and President Donald Trump are currently fighting in one of the US’ most historic presidential elections yet. Mr Trump has, astonishingly, already declared victory although there are still plenty of votes which are yet to be counted. Neither candidate is close to the 270 Electoral College vote threshold required for a win at the moment.

However, the President’s stunning remarks suggest that the election will end up being a legal battle and sent to the Supreme Court.

The President’s win back in 2016 was significantly clearer, with his Democratic rival Hillary Clinton conceding after Mr Trump exceeded the threshold needed to get into office.

However, at his inauguration in January 2017, Mr Biden still appeared to show his displeasure at his party’s loss.

As the Vice President of the outgoing Obama administration, he was certifying the US election results during the handover of the White House to Mr Trump.

READ MORE IN OUR US ELECTION 2020 LIVE BLOG 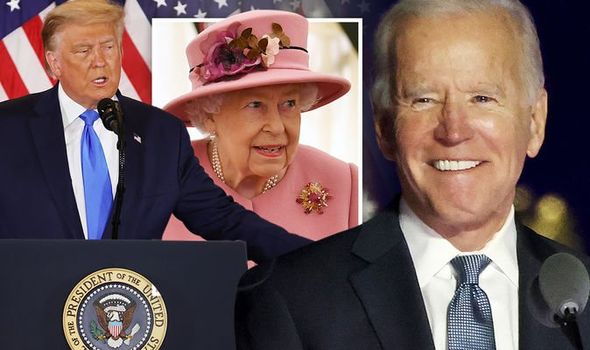 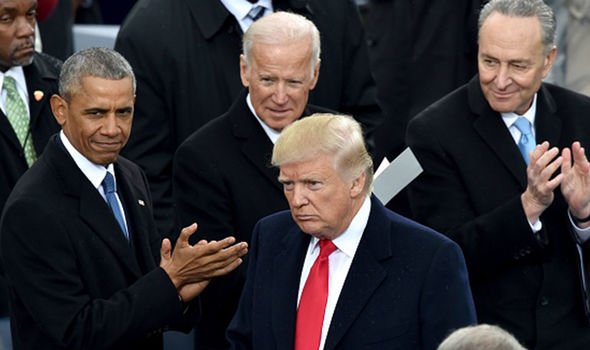 Crowds were clapping to celebrate the start of Mr Trump’s presidency and Mr Biden was concluding a joint-session of Congress where the Electoral College votes were counted.

Yet, Mr Biden’s microphone was still on when he said, very quietly, ‘God save the Queen’.

This statement triggered a series of questions from political pundits, with commentator John Rentoul tweeted: “But will no one explain what he meant?”

As the US sought independence from the UK back in 1776 and still celebrates the occasion annually, his words were incredibly surprising. 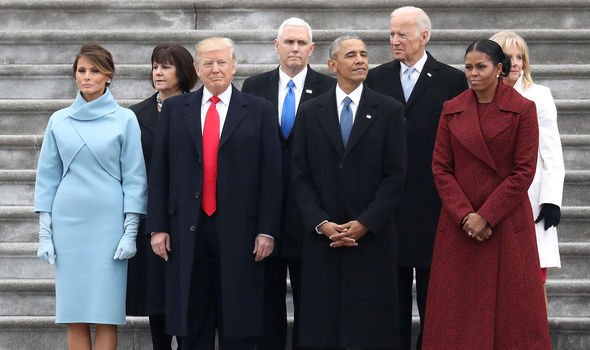 The sentence is usually seen as a way of expressing patriotism, and particularly used in the monarch’s presence.

Some speculated that Mr Biden was alluding to what the Trump administration would be like.

At the time, journalist Matthew Hoffman suggested: “Translation: If this independence thing is going to yield leaders like Trump maybe we’d better go back to a monarchy.

“Alternatively: he wanted to say, ‘God save the Republic’, but it was too direct so he settled for something more ambiguous.”

Royal Central claimed that some US politicians speculated “he was suggesting America would be better off as a monarchy than with President Trump”. 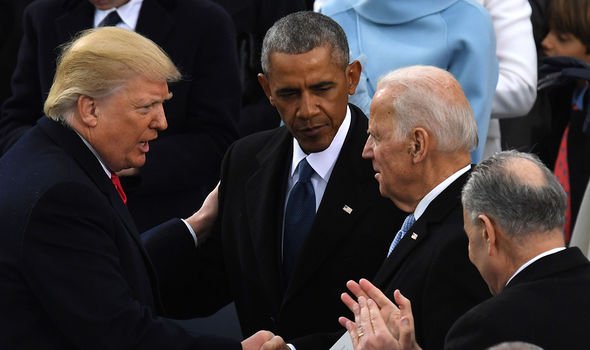 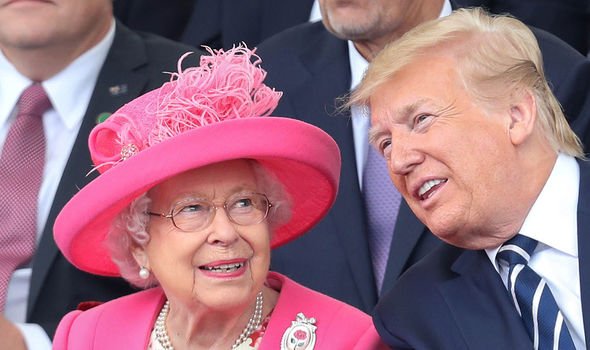 Others believed that Mr Biden was making a reference to the Queen’s health, as she was suffering from a heavy cold during the inauguration.

Some commentators even wondered if the outgoing Vice President was referring to the Sex Pistols song, which has the opening lyric: “God Save the Queen, the fascist regime.”

The Metro newspaper opened an informal poll at the time to ask readers what they thought Mr Biden meant by his curious statement.

Fifty-six percent of readers supported the idea that Mr Biden was saying he wanted a monarchy rather than the Trump administration and 21 percent said they believed it was a slip of the tongue. 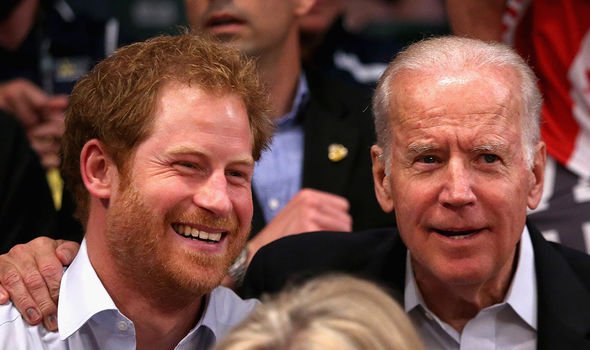 If Mr Biden goes on to win this hotly-contested election, he will undoubtedly go on to meet the Queen in person.

He is thought to already have a strong connection with the Royal Family, having met Prince Harry at the 2016 Invictus Games where the two men showed their cordial relationship when watching the events.

He also attended Kate Middleton and Prince William’s wedding in 2011, but was caught falling asleep during the service.