The Queen has always been praised as the epitome of service because of her commitment to representing the UK with steadfast devotion. She rarely if ever spoke of her personal feeling unless relating to her views on horses and dogs. But rare audio shared by the BBC on Saturday offered a glimpse into the late sovereign’s mind as the Queen could be heard discussing the tragic death of her father and becoming the new monarch aged only 25.

In the audio, juxtaposed to footage of the aftermath of George VI’s death and her Coronation, the Queen said: “I didn’t have an apprenticeship, my father died much too young.

“So it was all a very sudden kind of taking on. And making the best job you can.

“It’s a question of maturing into something one got used to do and accepting the fact here you are, and it’s your fate. It is a job for life.”

The audio resurfaced hours before the Queen’s eldest son, Charles, was officially proclaimed the new king under the name of Charles III in an unprecedented meeting of the Accession Council. 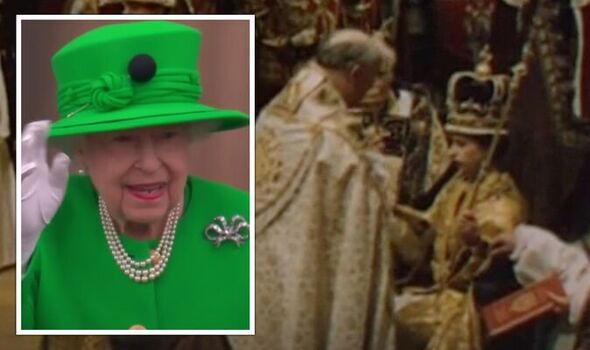 For the first time in history, the meeting of the Council will be broadcast to show the moment the new sovereign is anointed.

The confirmation comes after Charles III delivered his first address to the nation before a memorial service for the Queen at St Paul’s Cathedral.

In his speech, the new king spoke of the Royal Family’s sorrow in losing Her Majesty on Thursday.

Charles is believed to have been at the Queen’s bedside alongside sister Princess Anne when the Queen passed.

The king and the Princess Royal where the only children to have lived through the full extent of their mother’s reign, as younger brothers Prince Andrew and Prince Edward were born when the Queen had already been on the throne for eight and eleven years respectively.