The 93-year-old monarch has made a point of popping in to see the Duke and Duchess of Sussex when she is in Windsor, in an effort to help them overcome their difficulties. But the Queen and other members of the family, including Prince Charles, are now having to come to terms with the reality that they will see little of eight-month-old Archie. Her great-grandson is yet to set foot on British soil this year after a six-week family break on Vancouver Island in western Canada, which ended with the couple deciding to quit as senior royals.

With Harry and Meghan now determined to carve out a new life, probably spending the majority of their time in Canada, it is likely the monarch will see little of Archie.

A royal source said: “The overriding feeling among the family is certainly one of immense sadness.

“Sadness that Harry and Meghan felt they could no longer carry on inside the family and, of course, huge sadness that the family will not get to see Archie grow up as much as they would have.

“He will miss growing up around his grandparents, his aunts, uncles and, of course, his young cousins.

“It is hoped after a calming period of reflection, they will want to spend more time in the UK. This is Harry’s home and he will always have the love and support of his family here.”

Prince Charles and the Duke and Duchess of Cambridge have only seen Archie a handful of times since he was born at London’s Portland Hospital in May. 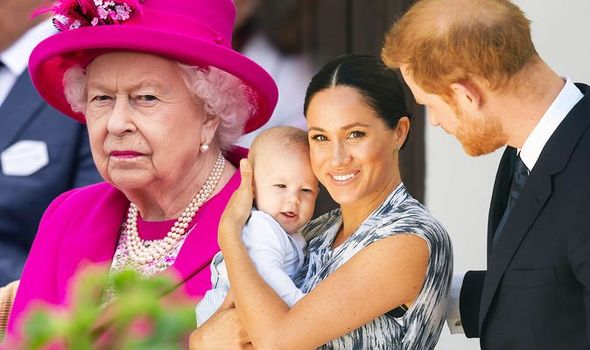 Charles is thought to be worried the distance will make it hard to establish a close relationship with Archie.

A source who knows the Royal Family said: “Where will Archie’s heritage and roots be? What about Diana’s family, the Spencers?

“Harry and William know all too well how damaging an unsettled childhood can be. It’s one of the reasons William has sought to keep everything as stable and normal as possible for his children.”

The Sussexes have chosen to walk away from royal life and will no longer use their HRH titles.

They will no longer undertake duties on behalf of the Queen or receive public funding from the Sovereign Grant.

The couple have promised to repay at least £2.4million of taxpayers’ money spent renovating their home at Frogmore Cottage, in the grounds of Windsor Castle. 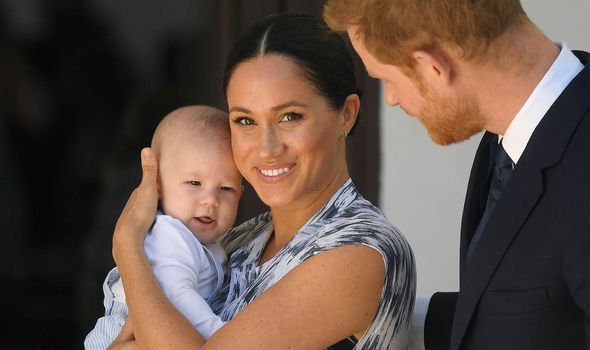 The couple are expected to lose their office at Buckingham Palace and make some staff redundant after quitting their royal roles, whole other aides are likely to be redeployed to work for other members of the Royal Family.

A Buckingham Palace spokeswoman said: “There will be a transitional period during which arrangements will be put in place, taking into account staff terms and welfare.”

Although the couple have said they intend to retain five-bedroom Frogmore Cottage and pay commercial rent for it so they “always have a place to call home in the UK”, it is unclear how much time will be spent there with Archie.

Their prolonged absence from Britain also casts doubt on whether Meghan, 38, will ever now attain British citizenship, as she will struggle to satisfy residency requirements over a five-year period. 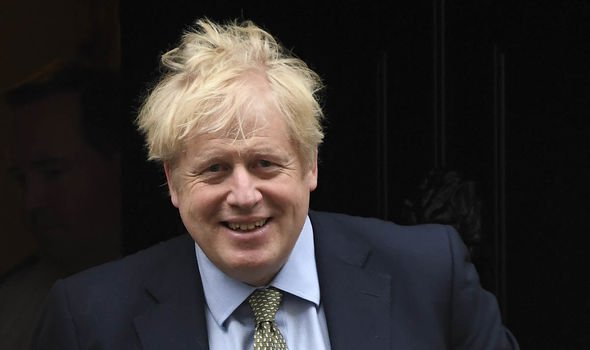 He said: “I think the whole country will want to join in wishing them the very best for the future.

“The Royal Family, which has been around a very long time, will find a way forward.”

Meanwhile, Meghan’s estranged father Thomas Markle has heaped further strain on the couple by accusing his daughter of “cheapening” the Royal Family.

In the forthcoming Channel 5 documentary Thomas Markle: My Story, he says: “When they got married, they took on an obligation, and the obligation is to be part of the royals and to represent the royals. They are destroying it, they are cheapening it, making it shabby.”