The Queen has been seen standing and smiling at Windsor Castle after missing the Remembrance Sunday service at the Cenotaph.

The monarch, 95, held a face-to-face audience with General Sir Nick Carter, the chief of the defence staff, as he prepares to step down from his role at the end of the month.

The Queen has been forced to cancel a series of official engagements over the last two months, most recently pulling out of the Remembrance Sunday service at the Cenotaph due to a sprained back.

She was pictured smiling as she met General Sir Nick in the castle’s Oak Room. 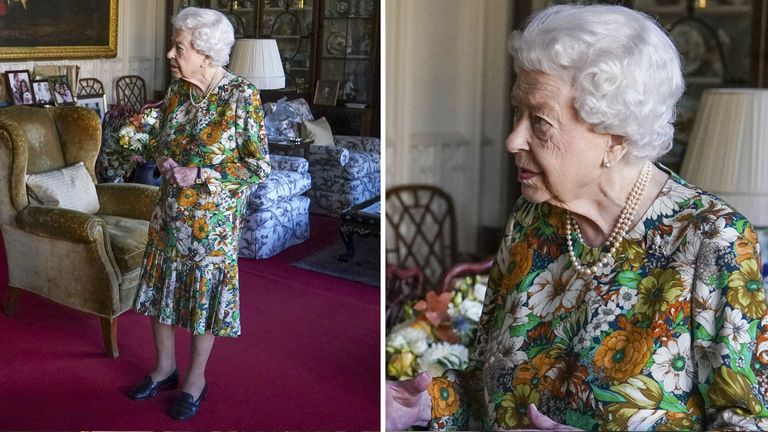 Dressed in a green, orange, and white floral dress and wearing a string of pearls, the monarch, who is head of the Armed Forces, shook hands with General Sir Nick as they began chatting.

Prior to meeting Sir Nick, the Queen held another audience with the commanding officers of the Royal Scots Dragoon Guards via video link, Buckingham Palace said.

The meeting with Sir Nick is the first time in nearly a month that the monarch has been pictured carrying out an in-person engagement, and follows orders from doctors to rest for nearly a month.

The last time she was seen in public was on 19 October, when she hosted a reception for the global investment summit at Windsor. 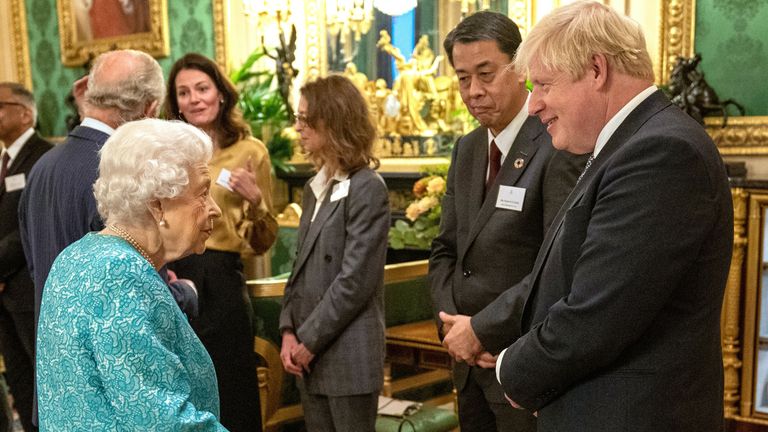 The following day, she had an overnight stay at the King Edward VII Hospital in central London – her first in eight years.

Advisors cancelled a planned two-day trip to Northern Ireland the same day, and a week later cancelled the Queen’s trip to Glasgow for the COP26 climate summit.

She held a face-to-face audience with Prime Minister Boris Johnson last week but was not pictured doing so.

The Queen’s ill-health has increased the focus on the necessity for her son, Prince Charles, and other members of the Royal family to step up and support the monarch.

The Prince of Wales and the Duchess of Cornwall are visiting Jordan and Egypt this week, becoming the first members of the Royal Family to carry out a major overseas tour since the COVID-19 pandemic started.