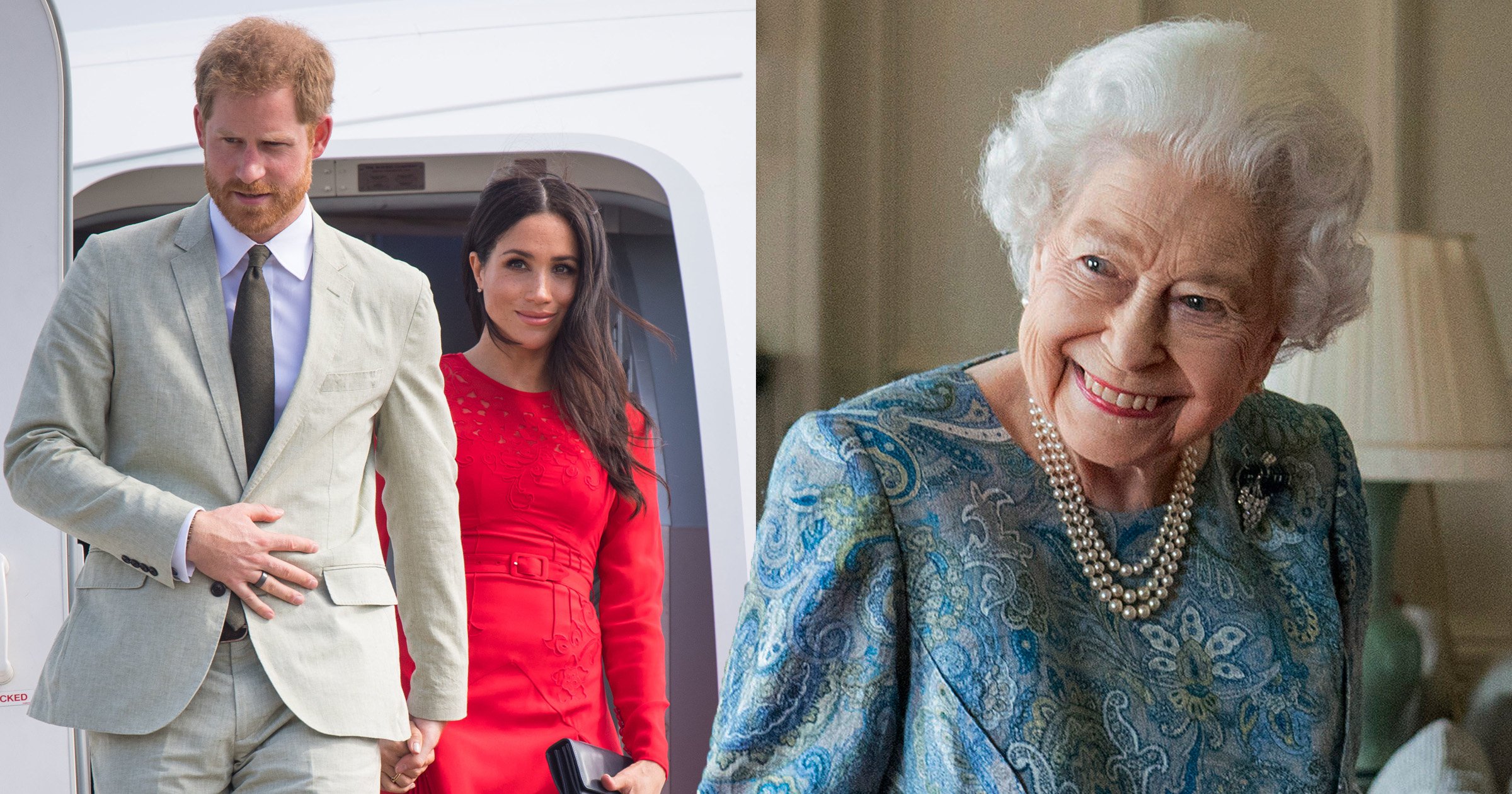 The Queen sent a car and security detail to pick up Harry, Meghan and their children after arriving in the UK for the Platinum Jubilee celebrations.

The Sussexes were reportedly greeted by three of Her Majesty’s protection officers, who drove them from Farnborough Airport in Hampshire to Frogmore Cottage in Windsor.

It is the latest sign that the rift between the couple and the Firm is healing following their dramatic departure from royal life.

An insider told The Sun that ‘the Queen believed it was the right thing to do’ to send her car to meet her grandson and his family, including children Lilibet and Archie.

The trip to the UK comes after Harry was given ‘cast iron assurances’ from the Met Police that his family would be safe, following a legal row with the UK Home Office over his security.

The Sussexes landed in England at noon after a non-stop flight from Santa Barbara, California, bringing a small team of staff with them.

They have been given prime seats to watch the Trooping the Colour later today, though they will not appear alongside the Queen on the royal balcony.

The line-up has been limited to working members of the royal family only, meaning Prince Andrew will also miss out.

Buckingham Palace said the decision to only include working royals was taken ‘after careful consideration’.

But the move has been interpreted as a snub to Harry and Meghan, who quit the monarchy two years ago, and to Andrew, who was cast out over his civil sexual assault case.

It is not known which other elements of the four-day Jubilee weekend Harry and Meghan will make an appearance at.

However, they are expected to join the Queen at a thanksgiving service in St Paul’s Cathedral tomorrow.

Harry and Meghan are said to have promised to ‘stick to the script’ and say they have planned no antics or private events that could be seen as trying to overshadow or hijack the celebrations.

They travelled without their vast entourage or any senior staff from their Archewell charity, The Sun reports. The also left behind camera crews from Netflix, who are said to be filming the couple at their £11m mansion in Montecito, California.

On June 4, their daughter Lilibet will be marking her first birthday.

It is thought the Queen will miss her favourite sporting event, the Derby horse races at Epsom, for the little one’s celebrations.

If so, it will be the first time the monarch will meet the great-granddaughter named after her.