The 96-year-old monarch shared a loving photo of herself and the young prince from last month’s Platinum Jubilee celebrations.

Her official Royal Family Instagram account, @theroyalfamily, posted the photo with the caption: “Happy 9th Birthday Prince George!” along with a cake emoji.

The snap showed George standing with his great grandmother, known to him as “Gan Gan”, on the balcony at Buckingham Palace during the Platinum Pageant on The Mall.

They shared a picture, taken by Kate, of the youngster on a family trip to a UK beach earlier this month. 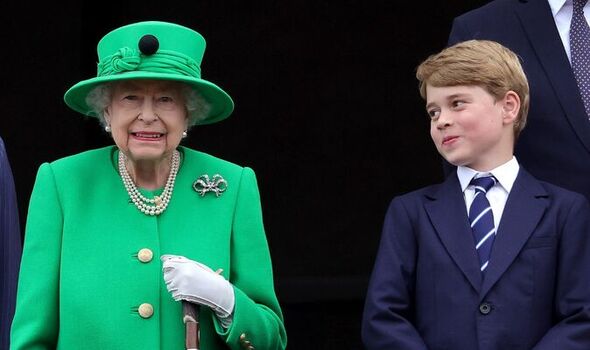 Alongside the photo, they wrote: “George is turning 9!” with a cake and balloon emoji.

Behind the lens was Kate, who is well known for taking pictures of her children to mark their milestones.

It was followed by a post from Prince Charles, 73, and the Duchess of Cornwall, 75, who wrote: “Happy 9th Birthday to Prince George!”

The youngster’s aunt and uncle – Prince Harry and Meghan Markle – have yet to share a public birthday message for the young prince. 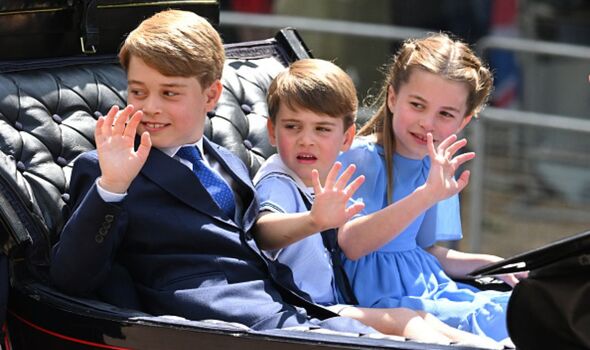 The two youngsters will start a new coeducational prep school in Berkshire this September, along with their younger brother Louis.

The Cambridges will be embarking on a new life in the country, moving to Adelaide Cottage on the Queen’s estate ready for the next academic year. 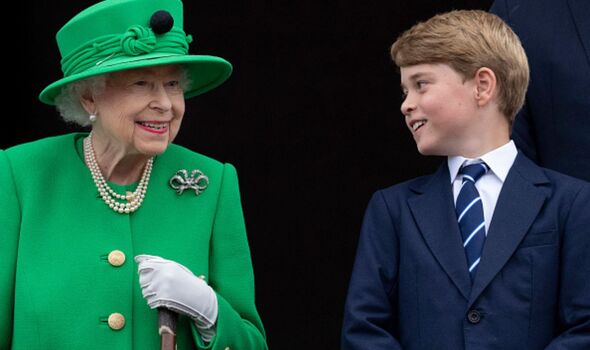 The young royals were seen on Buckingham Palace’s balcony after the Trooping the Colour ceremony when they watched the fly-past of aircraft, then sat in the royal box with their parents during the Platinum Jubilee Pageant.

He also visited the Wimbledon Men’s Finals and is said to be a keen sports enthusiast.

He greeted ball boys and girls as well as military personnel in the Millennium Building, alongside Kate and William.