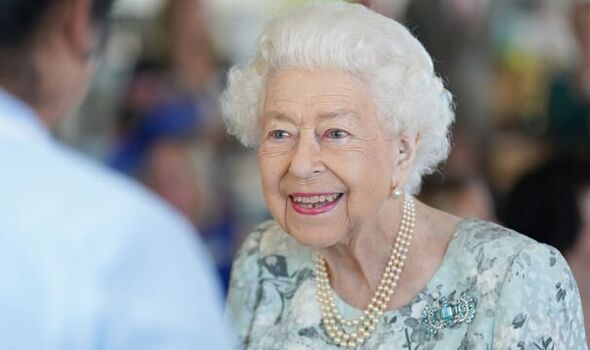 Accounts published yesterday showed that the hereditary landed estate, held in trust for each reigning sovereign to help fund the monarchy, saw its value rise by 13.1 percent to £652.8 million in the year to the end of March after a recovery from the worst effects of the Covid-19 pandemic.

The 96-year-old monarch, who has regularly used much of her income from the Duchy to help fund the offices and activities of other members of her family and also in the past few months to bail out Prince Andrew for his payoff to sex trafficking victim Virginia Giuffre, has enjoyed a boom year thanks mainly to strong demand for property the Duchy rents out, particularly industrial units and city centre offices.

It owns warehouses and industrial properties in London, Birmingham, Manchester, Basingstoke, Blackburn, Harlow, Redditch, Speke, and Swindon and in March completed a major office refurbishment project on The Strand in central London which has been let to eight occupiers.

Nathan Thompson, chief executive and clerk of the Duchy Council, said: “Despite the ongoing uncertainties of the past year, both the net surplus and the capital value of the portfolio have increased over the past 12 months, returning to growth on pre-Covid levels.”

“This is due to a strong performance in most rental markets, particularly industrial and city centre offices where the supply of quality space remains an issue.”

The Queen has also benefited from an 11.7 percent growth in the Duchy’s financial portfolio, as companies resumed paying dividends after the worst of the Covid crisis.

Its profits are paid into the Privy Purse for the Queen to spend how she sees fit. The Duchy enjoys special privileges and is not subjected to tax, although the Queen voluntarily pays tax on her income from it.

The Duchy of Lancaster and the Duchy of Cornwall, created to provide an income for each heir to the throne, are among a number of ways that the monarchy is financed on top of taxpayer-funding from the Sovereign Grant.

Together with security and the costs to local authorities and the Armed Forces of taking part in royal events, the real annual cost of the British monarchy is estimated to be at least £350 million.

Although Prince Charles has campaigned to highlight environmental concerns for more than 50 years, the Queen’s property empire, the Duchy of Lancaster, has set out ambitious plans to reach Net Zero on carbon emissions by 2028, sooner than the Duchy of Cornwall’s target of the early 2030s, to help save the planet from the worst effects of climate change.

Mr Thompson said: “The diverse nature of the Duchy portfolio and our ability to take a longer-term view with regard to investment and development decisions continues to provide the business with both strength and resilience.

As a consequence, while we acknowledge the economic, social and environmental uncertainties facing the UK in the short to medium term, we remain cautiously optimistic for the future.”