Protesters tied rope around the statue before toppling it on the grounds of the Manitoba Legislative building on Thursday. The protest took place on Canada Day where footage showed groups who gathered to remove the statue of Her Majesty. In a separate incident, a statue of Queen Victoria was covered in red and orange paint before also being trampled on by protesters.

The group then smeared the statue with a slogan which read: “We were children once. Bring them home.”

During the protest, the group was also heard chanting “no pride in genocide” as the stood around the statue in Winnipeg.

The protests came amid the reports of the country’s treatment of the indigenous population. 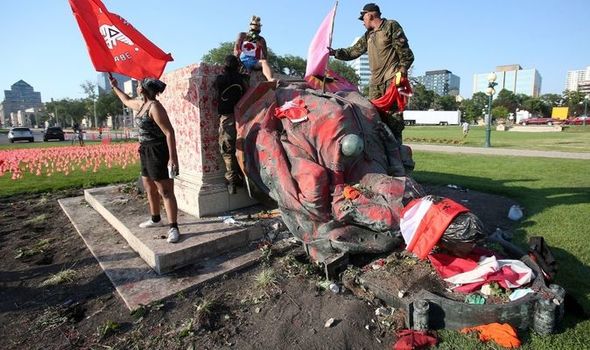