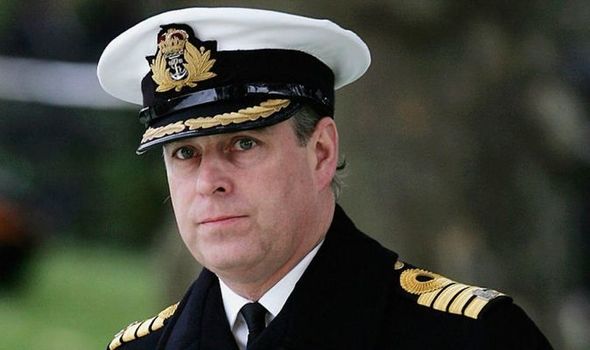 He was stripped of his his honorary military roles and remaining royal patronages. He remains the Duke of York but has been told he will no longer be able to use His Royal Highness.

It comes as he faces a US civil action over sexual assault ­allegations – claims that he has consistently denied.

He will now face the accusations as a “private citizen”.

After crisis meetings with senior members of her family, the Queen summoned her second son to Windsor Castle.

She told him face-to-face that his hopes of returning to the official life he stepped away from ­temporarily in November 2019 are finished.

His military affiliations and royal patronages have been returned to the Queen and will be redistributed to other members of the royal family.

A royal source said last night: “For clarity, they will not be returned to the Duke of York.”

But Andrew retains the rank of Vice Admiral in the Royal Navy under a convention that members of the royal family who served in the forces continue to get promoted as if they had stayed in the military.

Andrew, 61, had been a national hero after serving as a Royal Navy helicopter pilot in the Falklands conflict almost 40 years ago.

The Queen’s decision to strip the Prince of his remaining military affiliations and royal patronages came amid heightened concern inside the Palace about the need to distance the monarch from the sex scandal engulfing him.

Her advisers are worried about the dangers of family members or aides being subpoenaed by lawyers acting for Virginia Giuffre.

She is suing the Duke for damages in a New York civil court case.

She is claiming she was trafficked around the world by paedophile Jeffrey Epstein and was forced to have sex with Andrew when she was 17 and underage in US law.

He denies any wrong-doing and continues to robustly defend himself against the lawsuit.

But the decision to remove him as a working royal came after the Queen held crisis meetings with Prince Charles, the Duke of Cambridge and other members of the family.

The group was adamant that Andrew can no longer continue to hold official roles because of the mounting reputational damage to the monarchy.

In a statement, a Buckingham Palace spokeswoman said: “With the Queen’s approval and agreement, the Duke of York’s military affiliations and royal patronages have been returned to the Queen. The Duke of York will continue not to undertake any public duties and is defending this case as a private citizen.”

A royal source confirmed that Andrew would no longer use the style His Royal Highness.

Like Harry and Meghan, he keeps the HRH but is just not allowed to use it publicly.

The statement came a day after Judge Lewis A Kaplan dismissed the Duke’s efforts to have Ms Giuffre’s case against him stopped.

A source said it had been “widely discussed among the Royal Family”.

A trial is due in New York between September and December, casting a huge shadow over the Queen’s Platinum Jubilee celebrations, from which Andrew is sure to be excluded. As part of the pre-trial process of gathering evidence, he faces the prospect of up to seven hours of questioning under oath and on video camera about intimate aspects of his life from Ms Giuffre’s lawyer in testimony which may then be presented in court.

He has vowed to fight on despite the judge rejecting all of his ­arguments on why the case against him should be dismissed.

The Queen’s decisive action in seeking to draw a line under the Epstein scandal came on the day that more than 150 military veterans joined forces to write to her and demand Andrew was removed from his military positions.

Accusing him of bringing the services he is associated with into disrepute, the 152 former members of the Royal Navy, RAF and Army said that “were this any other ­senior officer it is inconceivable that he would still be in post”.

One of the Army veterans who called on the Queen to remove the Duke of York’s honorary roles welcomed the decision to strip him of the posts, saying: “I’m just glad he’s not associated with the ­military now.”

Lieutenant Stuart Hunt, who served in The 1st Royal Tank Regiment, branded the matter an “unsavoury business” and said the Duke had brought the Armed Forces into disrepute.

Lt Hunt, who served in Northern Ireland in the early 1990s, said: “I’m pleased, although it should have happened two years ago or in fact longer when he was taking his little trips out to play golf in St Andrews.”

He lambasted Andrew as “not fit to serve” in an honorary rank and said he lacked any form of credibility as an effective leader.

The 52-year-old said: “Whether he’s guilty or not, he has brought things into disrepute.

“A better man would have stood down whether innocent or guilty for the sake of the organisation. It’s repugnant really.”

Veteran royal watcher Joe Little, managing editor of Majesty magazine, said Andrew’s royal career had to all intents and purposes been over for more than two years.

He said: “Almost 40 years ago the Duke of York was a national hero after the Falklands conflict. But these things have a habit of turning on their head.”

The Queen is head of the Armed Forces and honorary military appointments are in her gift.

Buckingham Palace still listed more than 100 patronages for Andrew yesterday, although many of the charities he represented have decided to jettison him.

Andrew remains in the line of succession to the throne and, as such, is still one of four Counsellors of State ready to step in to sign official papers if the Queen is abroad or too ill to work.

The others are Prince Charles, the Duke of Cambridge and the Duke of Sussex, meaning two of the four – Harry and Andrew – are no longer working royals.

That could present an embarrassing problem for Buckingham Palace if the Queen is unable to work and either Charles or William are abroad or also ill.