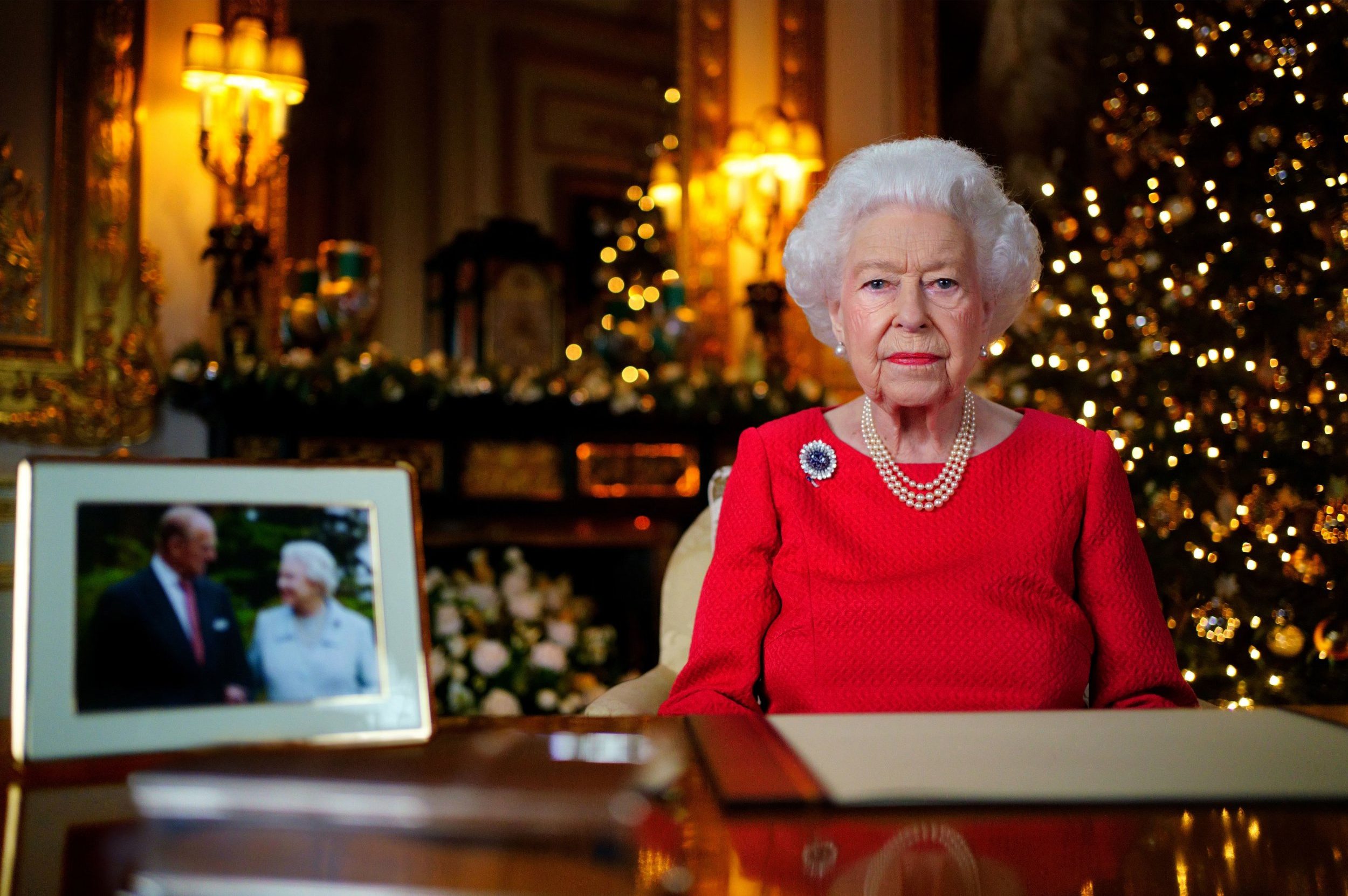 Buckingham Palace has released a poignant photo of the Queen sat behind a desk with a single framed picture of her and Prince Philip.

The 95-year-old monarch is preparing to spend her first Christmas without her late husband, who died earlier this year.

Despite a year of immense sadness she is set to deliver her 69th Christmas speech to the nation at 3pm on Saturday, December 25.

The Christmas speeches are usually pre-recorded in early December.

It is understood this year’s one will be particularly personal and will pay tribute to the late Duke of Edinburgh.

The Queen was married to Prince Philip for nearly 74 years before his death in April aged 99.

Coronavirus restrictions at the time meant the Queen was memorably and poignantly forced to sit alone in St George’s Chapel for his funeral service.

Tonight it was announced that a service of thanksgiving for the life of the Duke of Edinburgh will take place at Westminster Abbey next Spring.

Queen Elizabeth has not been seen in public since early October following a bout of ill-health.

The photograph released by Buckingham Palace this evening shows the monarch in the White Drawing Room at Windsor Castle in front of an illuminated Christmas tree.

She is wearing an embossed wool shift dress in Christmas red, by British designer Angela Kelly, as well as a sapphire chrysanthemum brooch which the then-Princess Elizabeth wore for a photocall on her honeymoon to Broadlandscountry house in 1947, and for the couple’s Diamond Wedding celebrations.

On the desk beside her is a photo of the monarch linking arms with her late husband.

The special picture was taken in 2007 at Broadlands, in Hampshire, to mark the couple’s Diamond Wedding Anniversary.

The Queen is expected to be joined at Windsor Castle on Christmas Day by the Prince of Wales and the Duchess of Cornwall, having shelved her customary trip to Sandringham as a ‘precautionary’ measure amid rising coronavirus cases.

Her speech marks the end of a year peppered with both joy and immense sadness.

The Queen welcomed four new great-grandchildren to the family – August to Princess Eugenie, Lucas to Zara Tindall, Lilibet to the Duke and Duchess of Sussex, and Sienna to Princess Beatrice.

There was also scandal, following Harry and Meghan’s bombshell interview with US chat show titan Oprah Winfrey in which they accused an unnamed royal of racism, as well as other allegations about the institution.

The royals also had to contend with allegations from Virginia Giuffre, who started legal action against the Duke of York for allegedly sexually assaulting her when she was a teenager. Andrew has repeatedly denied all claims.

The Queen used her 2020 Christmas broadcast to deliver a heartfelt message of hope to the country, praising the ‘indomitable spirit’ of those who had risen ‘magnificently’ to the challenges of the coronavirus pandemic.