The Queen and Kate Middleton reportedly have a close relationship and the Duchess has gained the approval of the monarch over the years. Speaking on the latest episode of Royally Us, Majesty magazine’s managing editor Joe Little discussed the relationship the relationship between the pair and the trust that the Queen has of Kate in regards to the future of the monarchy.

Mr Little said that the Queen “very much regards” Kate as a “safe pair of hands”.

He added: “She’s been a member of the Royal Family for 10 years now”, although she was “very much on the scene for quite a few years prior to that.

“[It] was well documented [that] Kate and William were living together for quite some time, which in itself, was quite revolutionary”.

Mr Little continued: “I think given that all that’s gone on in the past few years within the Royal Family, in terms of all the fallouts and the debacle of the Duke of York and then the death of the Duke of Edinburgh, the Queen has great trust in Kate”. 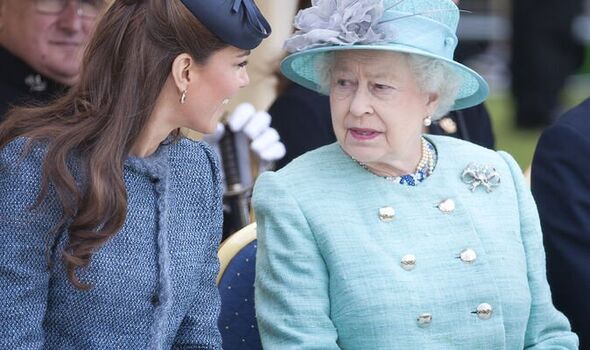 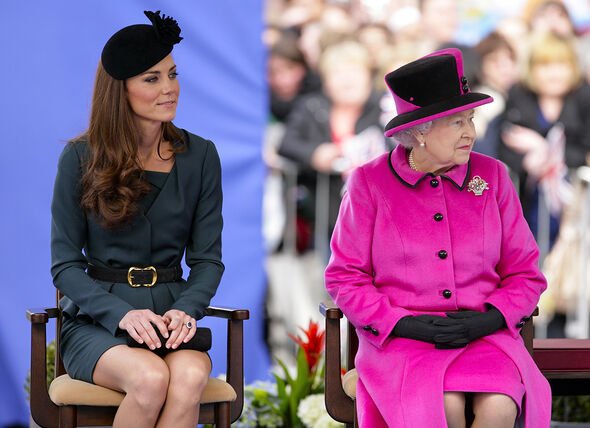 Mr Little also pointed out that Kate received the Royal Family Order in 2017, a special honour that is given to senior members of the family at the Queen’s discretion.

“It’s something that’s only given to female members of the Royal Family who have been around for quite some time and are deemed to be of great support to the Queen.

“So not every female member of the Royal family got it, but Kate now has.”

He concluded: “So, I would say that the Queen has great trust in the future Prince and Princess of Wales as William and Catherine will be one day.

“It seems safe to assume that the Queen regards this couple as very much the future of the British monarchy in the 21st century.”

After marrying into the Royal Family in 2011, Kate has increased her public profile and is now deemed a reliable figure to lead the monarchy into the future.

It was previously reported that Kate played an “instrumental” role in helping the Queen navigate working from home during the Covid pandemic.

Speaking on a past video on his YouTube channel, royal expert Neil Sean said: “Catherine, the Duchess of Cambridge has been instrumental in making sure that the Queen is very much connected and was able to continue working from home [during the pandemic].”

Mr Sean said: “I think this is a lovely, uplifting sweet positive story”, adding that “Catherine and William are very much part of the social media age.” 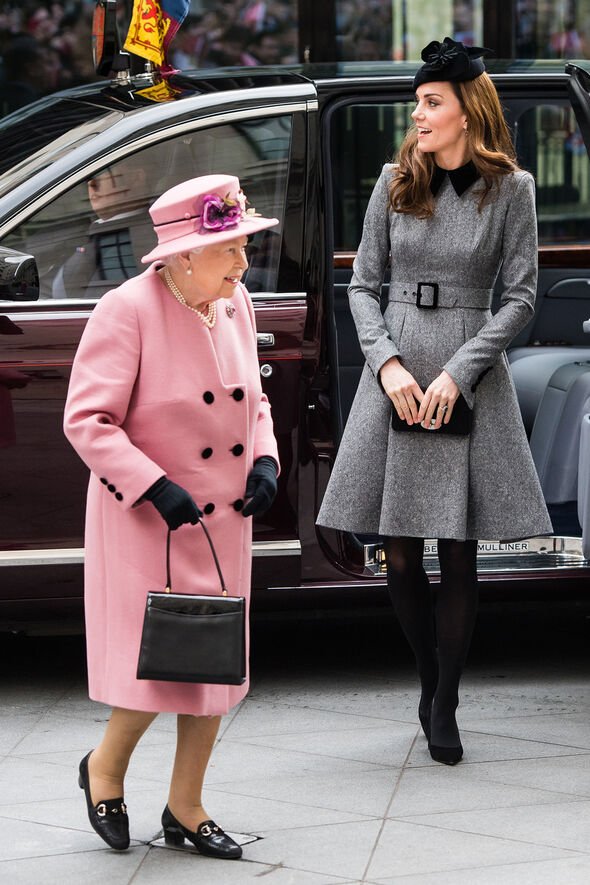 He said: “Kate strikes that balance between bowing to her as head of the royal family in public but being able to check in with her as the great-grandmother to her children.”

Mr Larcombe claimed Kate has “her own direct line to speak to the Queen”.