The funeral of Queen Elizabeth II saw Her Majesty laid to rest on Monday afternoon, as the nation bid farewell tyo its longest-reigning monarch. But while her funeral went off without a hitch, not all in royal history have been quite so seamless.

Royal funerals are hugely complex events that take years of planning. A number of different traditions need to be abided by and 6,000 representatives from all three armed forces are also involved in the ceremony.

Given the significance of the occasion, organisers cannot afford any hiccups. When Queen Victoria died in 1901, however, one major detail was nearly missing.

Having been ill, her death on January 22 that year was not a surprise. In fact, on New Years Day, just a few weeks prior to her death, the monarch wrote in her diary: “Another year begun and I am feeling so weak and unwell that I enter upon it sadly.”

Following her death, royal staff at Victoria’s home Osborne – a house on the Isle of Wight that the monarch bought as a place to relax – were able to view her body, which remained in her bedroom. 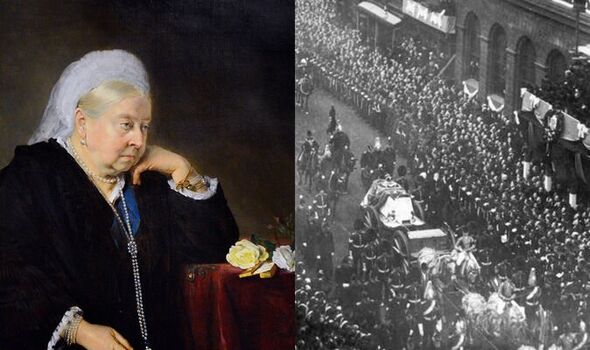 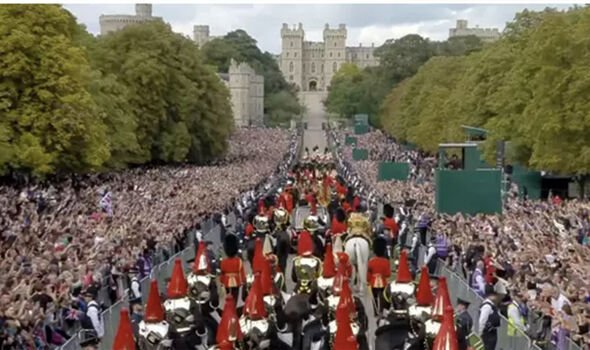 And Victoria would rest there for longer than anticipated as complications with her coffin arose. It had been planned that Victoria would be placed in an oak ‘shell’ coffin which would then go inside an outer coffin made of mahogany.

However, the outer shell did not arrive on time, meaning shipwrights from Marvins of Cowes had to get to work on making a replacement.

Victoria’s physician, Sir James Reid, was later handed a note written by the late monarch which outlined her requests for arrangements following her death. On the piece of paper was a list of items that Victoria wanted to be buried in the coffin alongside her, some of which her family were not supposed to see.

He followed the instructions, then said: “I put a layer of charcoal on the floor of the coffin and then the Kaiser, King Edward, Mrs Tuck and myself lifted the Queen’s body into it. 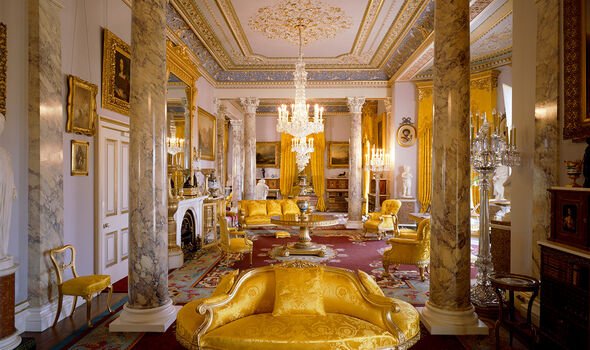 “I helped Mrs Tuck put a satin dressing gown on the Queen and she arranged her hair and veil and then I packed the sides with bags of charcoal in muslin.”

When alone, Sir James then followed through on the instructions, placing King Albert’s dressing gown, Victoria’s wedding veil, a sprig of Balmoral heather, a cast of Albert’s hands, photographs, and pieces of jewellery inside the coffin. Finally, he placed a bunch of flowers in her hands.

Victoria finally left Osborne on February 1. She traveled down York Avenue in East Cowes, passing the thousands who had come out to say their goodbyes. Victoria was then taken to mainland England on the royal yacht Alberta before the journey to London on a train from Gosport.

Prior to the Alberta setting off for the mainland, The captain said: “Many were moved to tears. The sun shone with the warmth of a spring day and as the Alberta passed the lines of battleships, their guns fired a salute. 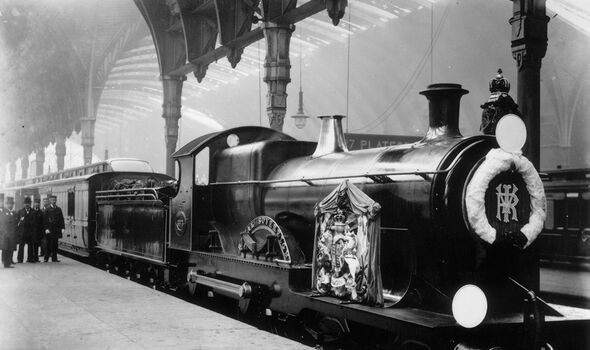 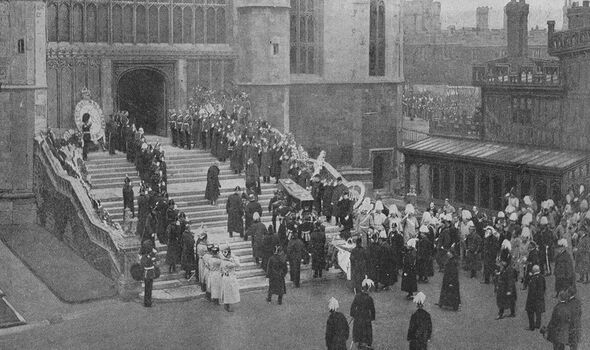 “At Portsmouth Harbour, the brightness of the day gave way to a fast disappearing red sun penetrating the black clouds, giving a weirdness which harmonised with the mournful character of the event.”

Queen Elizabeth II’s coffin was made for her more than 30 years ago. The design was started by previous royal funeral directors, Kenyons. But when Leverton and Sons became the royals’ new funeral directors in 1991, they inherited the design.

In fact, as a result of this change, not even anyone at Leverton and Sons know who made the coffin initially.

Andrew Leverton, who runs the firm, told the Times in 2018: “It is made from English oak, which is very difficult to get hold of.

“Oak coffins are now made from American oak. I don’t think we could use English oak for a coffin now. It would be too expensive.”