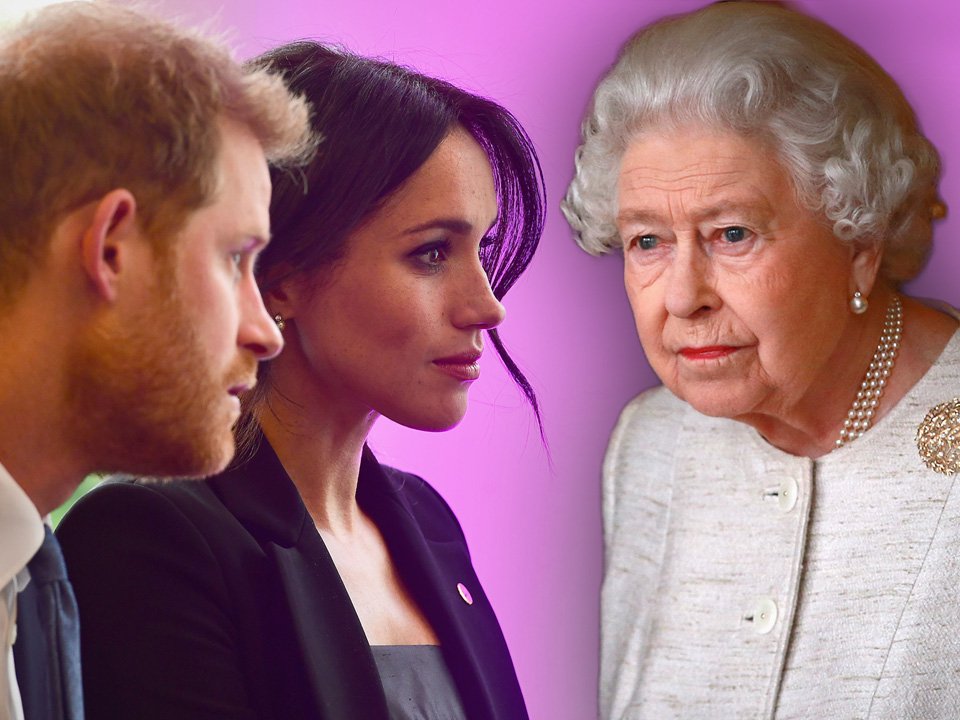 The Queen is said to be on ‘tenterhooks’ and waiting for the next ‘nuclear bomb’ after Meghan Markle said she could ‘reveal all’ in her latest interview.

It comes after Meghan gave a tell-all interview with New York based magazine The Cut, where she said she had been compared to the likes of Nelson Mandela and that Prince Harry had lost his father when they stepped down from their roles.

Meghan has also just released her new podcast, Archetypes, where she has so far interviewed tennis player Serena Williams and singer Mariah Carey.

A palace source told The Sunday Times: ‘Everyone hoped they would go off to be financially independent, pursue their philanthropic endeavours and be happy – and that in going their own way, they might no longer feel the need to rail against the system as much as they still do.

‘But then the star power of them requires an association with the royal family, and the fuel on those flames is the family discord.’

The source said Meghan’s comparison of herself to Nelson Mandela was ‘staggering’.

They added: ‘The whole thing is just staggering. Nelson Mandela? Who’s next, Gandhi? There are simply no words for the delusion and tragedy of it all.’

They also claimed the Queen, who has pulled out of various public events, including the recent Highland Games, does not ‘want to be on tenterhooks’ and constantly waiting for the ‘next nuclear bomb’.

Charles’ friend said the jibes continue to hurt him after he spent some time with Prince Harry, Meghan and his grandchildren Archie and Lilibet during the Platinum Jubilee in June.

‘For two years, there has been a steady stream of really challenging things said about a man who cannot [publicly] defend himself to a couple he obviously loves and misses.

‘That is incredibly difficult on a personal level. He is completely bewildered by why his son, whom he loves deeply, feels this is the way to go about managing family relationships,’ one added.

In Meghan’s interview with The Cut, she went on to detail how ‘just by existing’ she and Harry were ‘upsetting the dynamic of the hierarchy’ before they stepped down as senior working royals.

The couple have touched down in the UK and are planning trips to London, Manchester and Dusseldorf in Germany.

The couple, who will be staying at Frogmore Cottage on the Windsor Estate, just half a mile from Prince William and Kate, are not expected to visit one another.

They are also not expected to visit the Queen at Balmoral either.