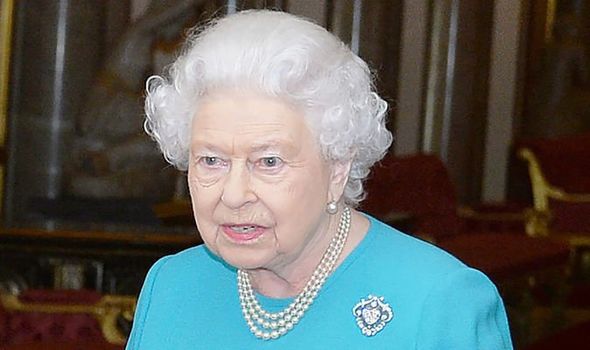 A top royal author warned yesterday that “we are already seeing, brick by brick, the fall of the House of Windsor”.

Margaret Holder believes the family are “torn by unsurvivable rifts and scandals” ahead of the Queen’s Platinum Jubilee celebrations.

Ms Holder also thinks the 25th anniversary of Princess Diana’s death, which falls on August 31, 2022, could reignite hostilities in the family as The Crown returns to TV two months later, with a new season devoted to Charles and Di’s marital breakdown.

As the Monarch faces her first Christmas as a widow, Ms Holder says: “At 95, without Prince Philip at her side and beset by problems, this Christmas is potentially the last semi-harmonious one she might have.

“The Platinum Jubilee celebrations next June cannot disguise the fact that this is a family torn by unsurvivable rifts and scandals.

The Royal Family is still reeling from Harry and Meghan’s unsubstantiated accusations on Oprah Winfrey’s show. After baby steps towards reconciliation at Philip’s funeral, nothing lasting has emerged.”

But she believes that however far apart Charles and Harry continue to grow, the Queen will never cast out her “troubled” but beloved grandson completely.

“Harry is in no danger of basking in the warm forgiveness of the Royal Family. But the Queen will not pull up the drawbridge. He cannot return as a working royal – but a back door will be open if his American experiment fails.”

Ms Holder believes that Charles is “still discredited over the ‘cash for access’ scandal in which he claimed ‘no knowledge'”.

At the same time, “Andrew is accused in a civil case of historic sex offences, which he denies”, while “the Ghislaine Maxwell criminal trial has already provided huge embarrassment by illuminating the unsavoury bond between Andrew, the late Jeffrey Epstein and Maxwell, who enjoyed hospitality at royal residences.”

Casting a shadow over the festive feast will be the spectre of Christmas future, as the royals steel themselves for what emerges from Prince Harry in his new autobiography.

Publishers are planning to release the blockbuster late next year, just as the Queen will be riding high after the nationwide celebrations to mark her Platinum Jubilee.

An investigation into allegations of staff bullying against Meghan is also due to report its findings next year.

Queen at Sandringham this year, apart from Harry and Meghan, who are understood to be staying in California.

Harry is not expected to speak to the Queen or his father on the day. While he becomes more distant the rest of the Royal Family are moving ever closer.

An example was seen this week at Prince William and Kate’s Together at Christmas service in Westminster Abbey. The Duke and Duchess of Cambridge were joined by cousins Beatrice and Eugenie, Zara and Mike Tindall, and William’s aunt Sophie Wessex and Kate’s family, the Middletons.

The young royals hugged each other in a show of affection rarely seen outside family circles.

One courtier said: “It was all the intimacy and belonging that the Duke of Sussex has begun to miss and may never get back. ” Royal aides last week confirmed they are “exploring options” for the Queen to appear in public to wish the country a Happy Christmas.

Doctors have also given the monarch the go-ahead to hold her private pre-festive season party for extended family members for the first time since 2019.

Instead of Buckingham Palace, it will be held at Windsor Castle, where the Queen has stayed since the start of the pandemic. She will also record her annual Christmas TV message at Windsor.