Angela Kelly has worked for the Royal Family for over 25 years and published a book about her experience, with the Queen’s consent. In her 2019 book titled ‘The Other Side of the Coin: The Queen, the Dresser and the Wardrobe’, Ms Kelly wrote about the time the Queen got her revenge after the dresser played an April Fools prank.

Ms Kelly recalled travelling to Australia with the Queen on a royal tour in 2006.

Her Majesty mentioned that the royal party would likely see laughing kookaburras, a native bird of Australia known for its laugh-like call.

As an April Fools prank, Ms Kelly bought a stuffed toy version of the bird and told a “horrified” Queen there was a dead bird on the balcony.

The dresser writes that she bought the toy at a nearby market and then placed it in a bird cage on the balcony outside the royal suite in the Governor’s House. 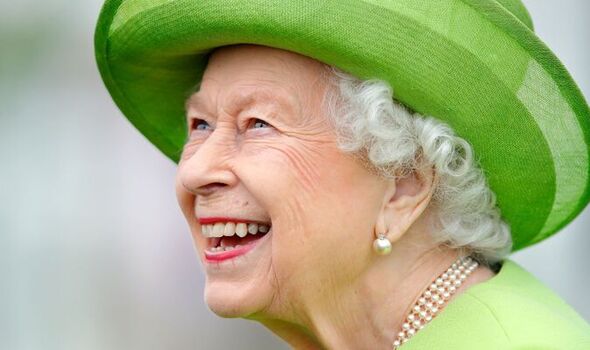 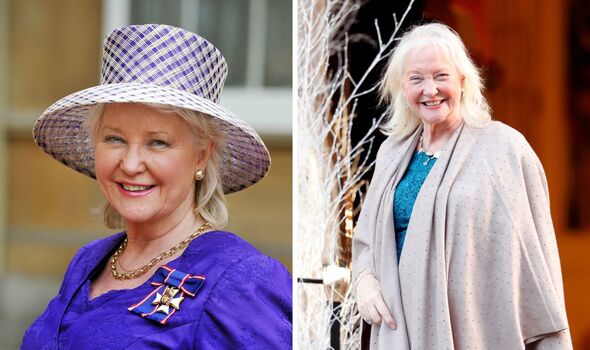 Ms Kelly wrote: “The Queen looked outside and shouted ‘It’s a kookaburra!’

“I went to open the cage and she said loudly, ‘No! Don’t do that! It will fly away!’

“Turning to her Majesty while trying to keep a straight face, I solemnly told her it was dead.

“She looked horrified as I walked towards her with outstretched arms and as she took the bird from my hands, she realised I had been winding her up.” 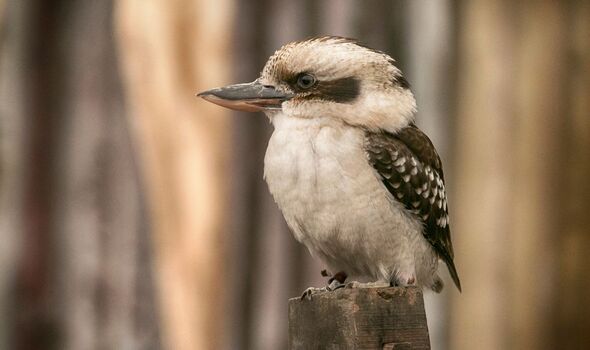 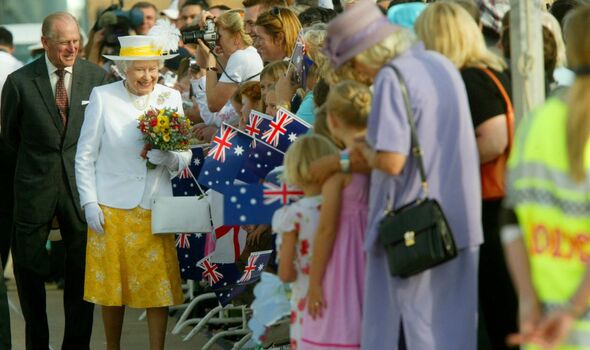 The Queen quickly got her own back by teasing Mrs Kelly after the prank.

Ms Kelly continued: “‘April Fool!’ I said with a mischievous grin, and she only had two words for me, ‘You’re sacked!’

“I was laughing uncontrollably as Her Majesty turned to His Royal Highness [Prince Philip] and said ‘Do you know what she has just done to me? Angela has had me!'”

The book offers many insights into the Queen’s personality, as Mrs Kelly revealed: “We have a lot of fun together… The Queen has a wicked sense of humour and is a great mimic… She can do all accents – including mine”. 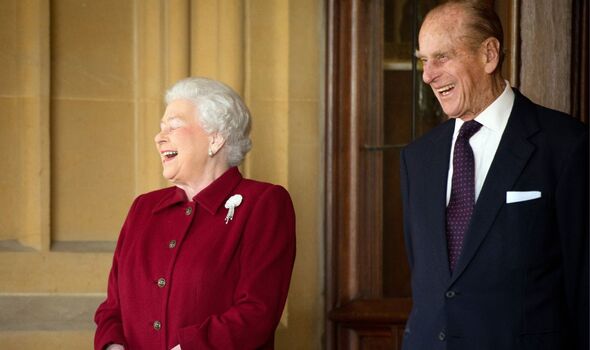 Ms Kelly’s book shares many stories about her “uniquely close working relationship with the Queen” and her book also recounts her experience during the Covid lockdown in 2020.

The dresser was part of a small bubble of people at Windsor Castle who were the only ones allowed to see the Queen in order to protect her during the pandemic.

She recalled the first time she cut the Queen’s hair during lockdown, and wrote “From March 2020 onwards I washed The Queen’s hair every week, set and styled it, and even trimmed it when needed. My team named it Kelly’s Salon.”

Mrs Kelly wrote that she was “nervous” to touch the Queen’s hair and during the first fortnight of lockdown, she was shaking while doing Her Majesty’s hair.

She wrote: “I had only done her hair once or twice before while on board the Royal Yacht Britannia.

“The Queen was so kind as she advised me on the very specific way to put the rollers in.”

“As I grew in confidence I’m sure The Queen thought I was a professional and started shouting at me, ‘Don’t do that, do it this way. That’s right, you’ve got it, don’t change it.’

“I was thinking, goodness me, I need a gin and tonic.

“So while The Queen was under the dryer I said to her, ‘I’m off for a stiff drink because this is so stressful, getting it just right for you.'”