Queen made 'frequent' visits to Harry and Meghan at Windsor

The exhibition will also display an array of jewellery from the monarch’s personal collection. The 24 original, hand-finished prints taken by the acclaimed society photographer were used to produce stamps and banknotes featuring images of the head of state and therefore reproduced millions of times across the United Kingdom and abroad.

Exhibited alongside the portraits is the jewellery worn by the Queen in each image, including her iconic Diamond Diadem, set with 1,333 diamonds and 166 freshwater pearls, which she wore for the journey from Buckingham Palace to Westminster Abbey on the day of her coronation in 1953.

It was made for George IV to wear at his 1821 coronation by the royal jewellers and goldsmiths, Rundell, Bridge and Rundell but on the day, was obscured by a large hat decorated with ostrich feathers.

Caroline de Guitaut, deputy surveyor of the Queen’s works of art and curator of the exhibition, told The Telegraph: “They have really stood the test of time and have become the most recognisable, and the most famous images of the Queen probably for the first quarter century of her reign up until the time of her Silver Jubilee.”

The display includes Her Majesty’s Queen Mary Dorset Bow Brooch and Indian-style diamond bangles, which have never been exhibited in public before. 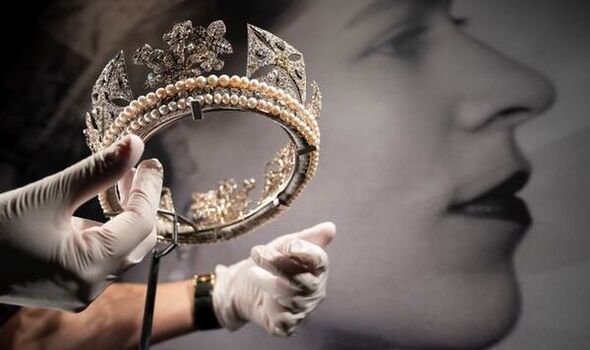 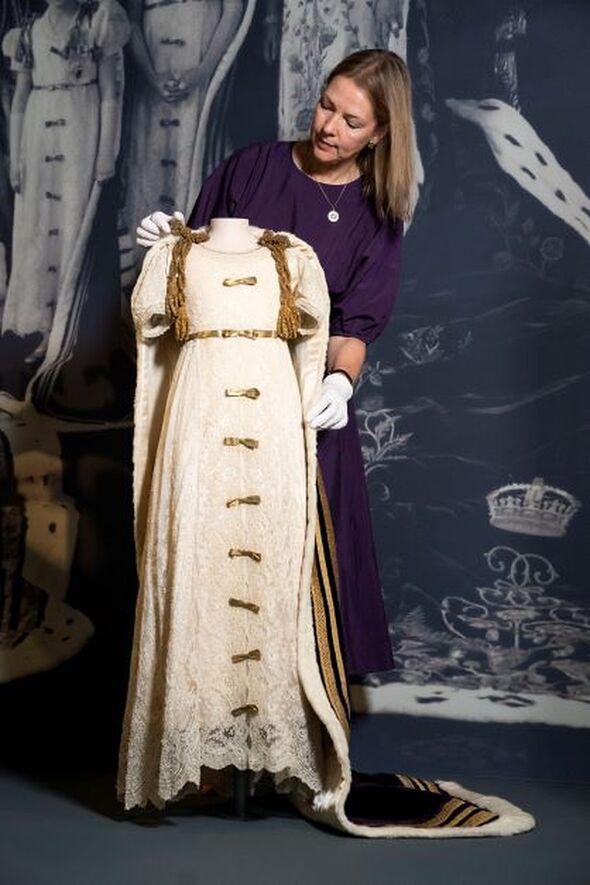 Ms Wilding, who had been photographing royalty since the 1920s, became the first official female royal photographer in May 1937 when she was asked to mark the coronation of King George VI and the late Queen Elizabeth the Queen Mother.

An 11-year-old Princess Elizabeth featured in the pictures along with her sister Princess Margaret and the exhibition will include the embellished cream dress, purple robe and gold coronet worn by the future Queen for the photo shoot.

The image is part of the exhibition and contrasts with modern photographs marking a royal marriage with the duke, arms folded, staring intently at the lens while his expressionless future wife stands in front of him. 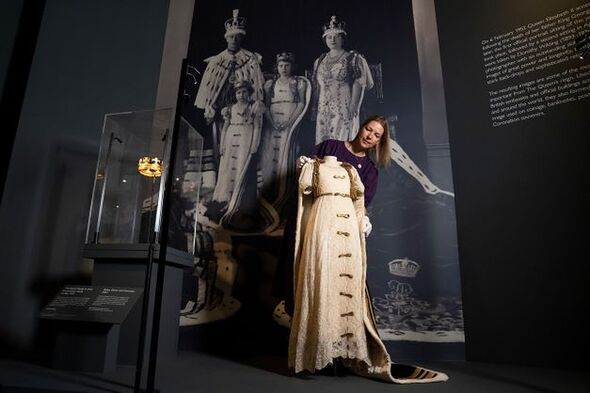 Just 20 days after her father died and she became monarch, Ms Wilding was commissioned by the General Post Office to take the first official picture of the new Queen Elizabeth for the design of postage stamps.

The Queen is wearing another recognisable piece, the Girls of Great Britain and Ireland Tiara, a wedding gift from the Queen’s grandmother Queen Mary, that can be seen in images of the Queen on today’s bank notes.

The monarch’s final sitting with Ms Wilding was in May 1956 for new banknotes and in the images, which were not used, the Queen wears the Vladimir Tiara and the spectacular Delhi Durbar necklace that incorporates nine emeralds and an 8.8 carat diamond pendant, a piece of the Cullinan diamond, the world’s largest diamond.

The Queen was also photographed in the Nizam of Hyderabad necklace, a wedding present she selected herself from a selection offered by the ruler of the Indian province, set with around 300 diamonds. 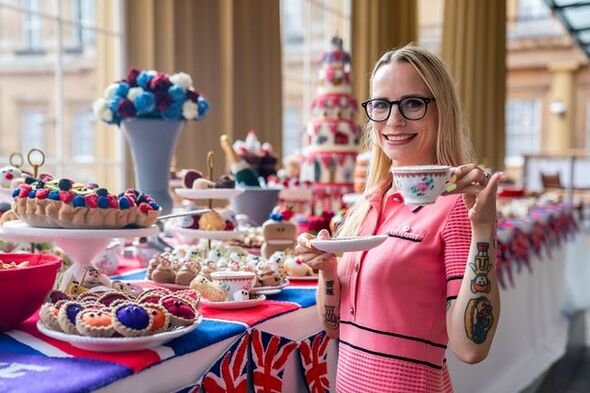 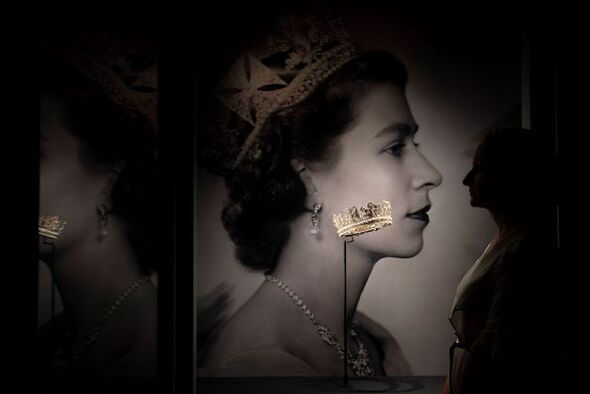 The necklace was most recently lent to the Duchess of Cambridge.

Ms de Guitaut said: “These are the Queen’s personal jewels and she wears them regularly, but they are very rarely displayed in public.

“So it is a pretty unique opportunity to see them in this setting. And to see them alongside the portraits I think is very special.”

Also part of the display are the official photographs marking the Queen’s Silver, Golden, Diamond and Platinum Jubilees from across the decades.