The Queen’s beloved pony captured the attention of the British public by appearing to “curtsy” as her coffin drove by on Monday. Fell pony Emma had one of Her Late Majesty’s silk headscarves draped over her saddle she waited at Windsor for the monarch’s final journey. The black horse was seen standing with floral tributes as Queen Elizabeth II’s coffin arrived at the Long Walk.

Viewers noticed one of the Queen’s floral headscarves laid across the horse’s saddle, as she was accompanied by Terry Pendry, who has held his position in the royal household for the past 25 years.

Her Majesty would often wear headscarves while riding, travelling or watching the races.

And as the Queen’s coffin was driven past the horse, eagle-eyed viewers saw the horse appear to move her feet in a “curtsy” to the Queen, with one writing: “Did the Queen’s pony Emma just curtsy as the Queen passed by?!”

The Queen has been pictured riding Emma several times while wearing one of her floral headscarves. 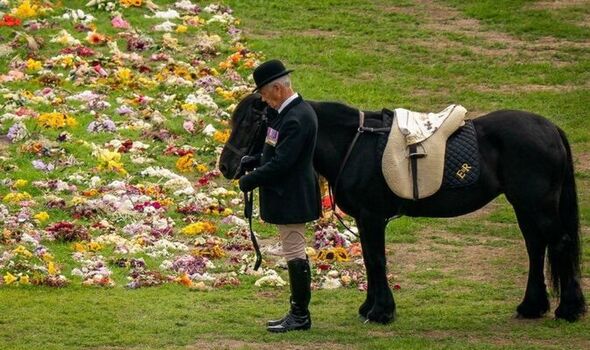 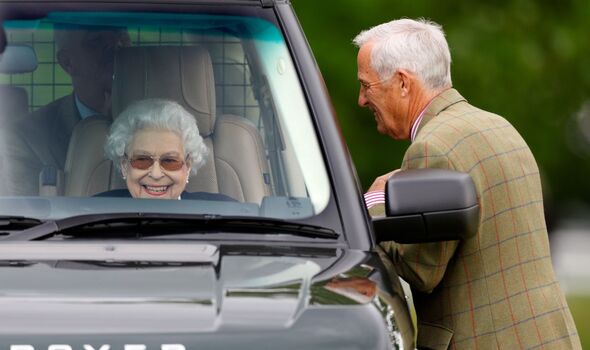 Emma had been perfectly groomed for the occasion, as she stood waiting for the arrival of Her Late Majesty.

A silk scarf has been a favourite accessory of the Queen for years, with the late monarch regularly spotted wearing them when she was off-duty in Sandringham, Norfolk.

The Queen has amassed a large collection of silk designs over the years. 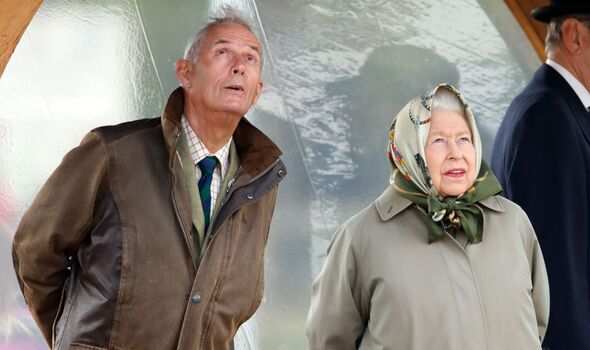 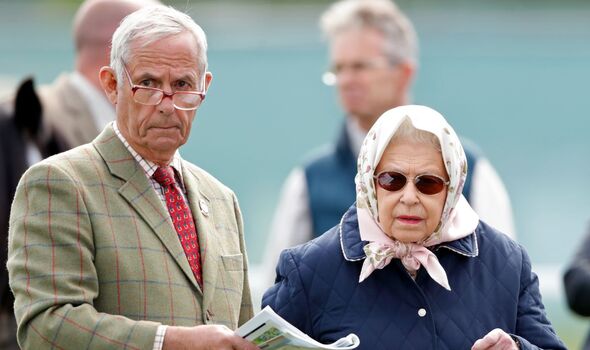 Her collection included graphic 1960s prints, paisley prints, traditional florals and even a dog-patterned number that paid tribute to her beloved Corgis.

Queen Elizabeth II arrived at Windsor Castle yesterday after her funeral was held at Westminster Abbey in London.

A number of the Queen’s household staff were waiting for her arrival as her coffin was transported to St George’s Chapel – her final resting place. 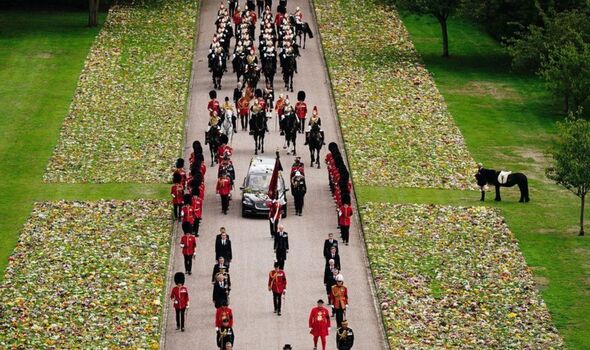 Mr Pendry, who accompanied Emma, bowed his head as the hearse passed him.

Speaking in 2020, Mr Pendry, the Queen’s head groom, said Emma “has been a wonderful servant to Her Majesty and is still going strong at the age of 24”.

Viewers were in awe as her two Corgis, escorted by two royal aides walking them on a leash, could be seen standing on the side of Windsor Castle, awaiting their beloved owner for the final time.

At a private service yesterday evening, the Queen was laid to rest with her late husband Prince Philip, along with her father, mother and sister as her 70-year reign came to an end.