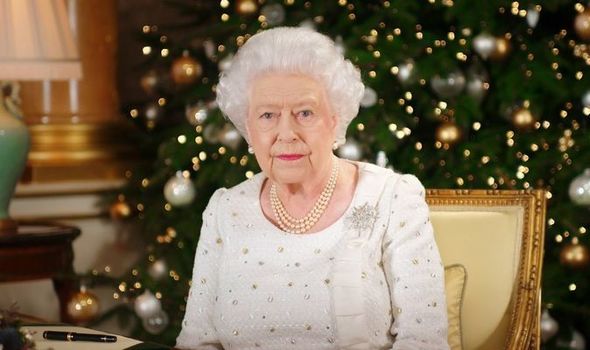 The poignancy of grief and remembrance in a year when many have lost loved ones to Covid will be reflected in Her Majesty’s address to the nation.

A photo released by Buckingham Palace officials shows the Queen at a desk in the White Drawing Room at Windsor Castle next to a framed snap of the couple in 2007 at Broadlands, Hants where they had had their honeymoon.

She has already changed her plans for Christmas Day as the country fights the spread of the Omicron coronavirus variant. The Queen cancelled the traditional Royal Family festive gathering at Sandringham, opting to stay at Windsor with Charles and Camilla.

Princess Anne and her husband Vice-Admiral Tim Laurence had been expected to join in but they are isolating at their Gatcombe Park home in Gloucestershire after he tested positive for Covid.

The two years of the pandemic have been some of the most difficult times of the Queen’s reign, which enters its 70th year in a few days.

Palace officials remained tight-lipped last night on the contents of this year’s annual Christmas speech but Her Majesty is thought likely to reflect on the continuing battle against Covid and to pay tribute to NHS staff and other frontline workers.

Many families across the country will, like the Queen, be mourning lost relatives – and she has already touched publicly upon death and grief this year.

In a speech to the Church of England’s General Synod last month, delivered by her son Prince Edward after she pulled out over health concerns, the monarch referred to Philip’s death and described the pandemic as a period “of anxiety, of grief, and of weariness”. She remarked: “None of us can slow the passage of time.” While in her video address to the Cop26 UN climate change confernece in Glasgow two weeks earlier she had urged world leaders to save the planet for future generations, saying: “We none of us will live forever.”

It will be the second year running that the Queen has stayed at Windsor for Christmas because of Covid. The Royal Family regularly spent the festive season there until 1988, when the celebrations were moved to Sandringham while the Berkshire castle was being rewired.

With an expanding family, the big house on the monarch’s 20,000-acre Norfolk estate proved better suited to the festivities.

Until then, the Queen and her relatives had attended church at St George’s Chapel inside the castle grounds. But this Christmas there will not be a chance for the public to see them heading to the service.

It is expected that the Queen will worship in her private chapel inside the main part of the castle.

The monarch’s message, which has been televised since 1957, is one of the few occasions each year when she makes a speech without involvement from the Government.

It usually contains references to her family’s experiences and mirrors her deep Christian faith.

In a tribute to Philip, the Queen will tomorrow be seen wearing a much-loved sapphire chrysanthemum brooch as she gives her festive address. She wore the jewellery – given to her in 1946 by a shipbuilding firm and an oil company for launching a tanker – when she was photographed with the Duke on honeymoon at Broadlands and later at their diamond wedding anniversary.

Other members of the family may join her festive celebrations at Windsor, including the Earl and Countess of Wessex and their children Lady Louise Windsor and James, Viscount Severn.

Her son Prince Andrew, who stepped away from Royal duties in the wake of his links with late paedophile financier Jeffery Epstein, is expected to be there too.

It is thought the Duke of York’s daughter Princess Beatrice and husband Edoardo Mapelli Mozzi plus their three-month-old daughter Sienna will attend along with Andrew’s other daughter Princess Eugenie, her husband Jack Brooksbank and their 10-month-old son August.

A service for NHS staff and patients, addressed by Sophie, Countess of Wessex, will be broadcast from today until New Year’s Eve on 450 hospital radio networks.