Six of the estate’s gamekeepers have been tasked with the symbolic gesture of lifting Her Majesty’s oak coffin into a hearse at 10am ready for a six-hour journey to the Scottish capital. The Queen’s coffin, draped with the Royal Standard of Scotland and with a wreath of flowers on top, has remained at rest in the Balmoral ballroom so the late monarch’s loyal Balmoral estate workers can say their last goodbyes.

Well-wishers are expected to gather along the route the cortege will take as it travels from Balmoral to Edinburgh – which is expected to take about six hours – to say their last goodbyes.

It will first head to the nearby Aberdeenshire village of Ballater, where it is expected at approximately 10.12am.

About an hour later it will arrive in Aberdeen, with tributes expected to be paid in the city’s Duthie Park.

Members of the public have started gathering in Ballater early to pay their respects to the late Queen, who died on Thursday. 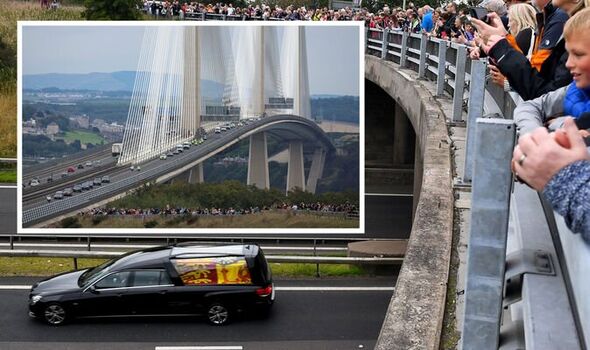 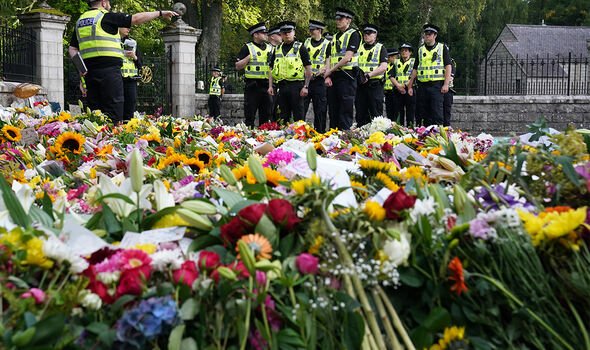 The village, which lies about eight miles east of Balmoral, will see the royal cortege pass through later on Sunday as it heads to Edinburgh.

Families have been seen setting up picnic chairs and attaching union flags to barriers outside the village’s Glenmuick Church from about 7am.

The Queen’s coffin will be driven past the church at a walking pace to allow people to pay respects.

The local minister of Ballater Reverend David Barr said there will be “overwhelming emotion” when the Queen’s coffin passes in the village, where many local people knew her.

Reverend David Barr said locals regarded the Windsors as “like neighbours”, particularly as the Queen had been coming to Balmoral Castle since she was a girl, and people in the area had long-standing relationships with the estate.

He said: “When she comes up here, and she goes through those gates, I believe the royal part of her stays mostly outside. 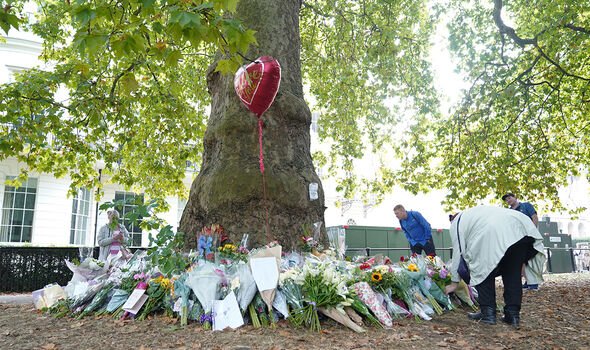 “So, here in the village, we want to give back, (and) by allowing the royal family to come here and go into the shops and have a cup of coffee and not be bothered.

“That’s what this community has done for 70 years.”

Travelling south along the A90, it will then arrive in Dundee at about 2pm.

In Edinburgh, Scottish First Minister Nicola Sturgeon and other party leaders in Scotland are expected to observe the coffin as it goes past the Scottish Parliament. 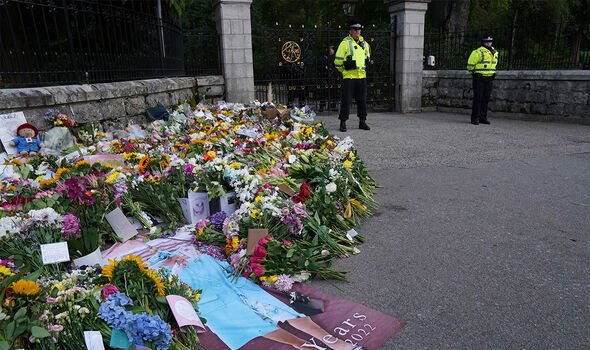 Scottish First Minister Nicola Sturgeon said the “poignant” journey, which will see the Queen’s coffin transported to the Palace of Holyroodhouse, would give the public a chance to come together to “mark our country’s shared loss”.

On Saturday, members of the Royal Family received the condolences of well-wishers.

Visibly upset, family members viewed floral tributes left in memory of the late Queen, a grandmother and great-grandmother at her homes of Balmoral and Windsor Castle.

The Duke and Duchess of Sussex and Prince and Princess of Wales delighted the nation when they were united for the first time in public since 2020 when they went on a walkabout meeting the public close to the Berkshire castle.

Earlier that day, King Charles III had been formally confirmed as the UK’s new monarch during a meeting of the Accession Council.