Millions predicted to descend on London for Queen's funeral

Following the death of Queen Elizabeth II, many businesses have scaled back their operations and sporting events have been postponed. But some uses of the mourning period excuse have raised eyebrows, including one image purporting to show a sign in a popular pub chain’s toilet stating the time of national grief was why the condom machine was out of use.

However, Norwich City Council said there was a good reason for the bike racks being closed as the Queen’s funeral approaches.

It read: “If you leave your cycle here between these times it may be removed.

“We apologise for any inconvenience.” 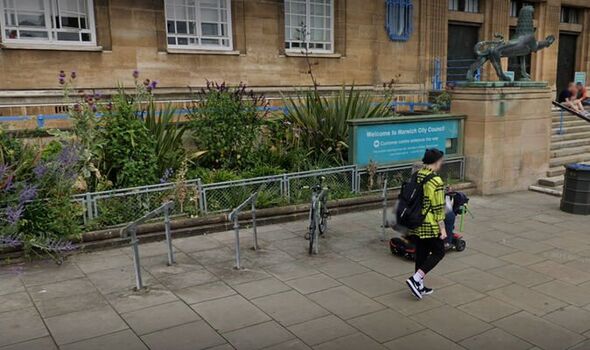 Jeremy Hutchinson, who posted the image, commented: “Because of the royal period of mourning, you can’t lock your bike to a cycle rack in Norwich.”

The image prompted incredulity online, but was attributed to “miscommunication” by local cycling activists.

Jim Pickard, a Financial Times correspondent, said: “If there’s a more bonkers form of ‘mourning’ I’d love to see it.”

Meanwhile, Ben Smoke, another journalist, wrote it seemed “locking up your bike is now disrespectful”.

Norwich City Council explained, though, that the bike racks had been closed so local mourners could lay flowers outside the City Hall.

Meanwhile, a second had been temporarily closed to make room for a queue to sign a book of condolence to the Royal Family.

In a statement it said: “As part of our careful and respectful response to the passing of Queen Elizabeth II we have closed one cycle rack outside City Hall which is within the designated area where people can lay their floral tributes.

“The sign is in place to help ensure the flowers that people have so carefully laid in place to pay tribute to the Queen aren’t damaged by people accessing their bicycles. 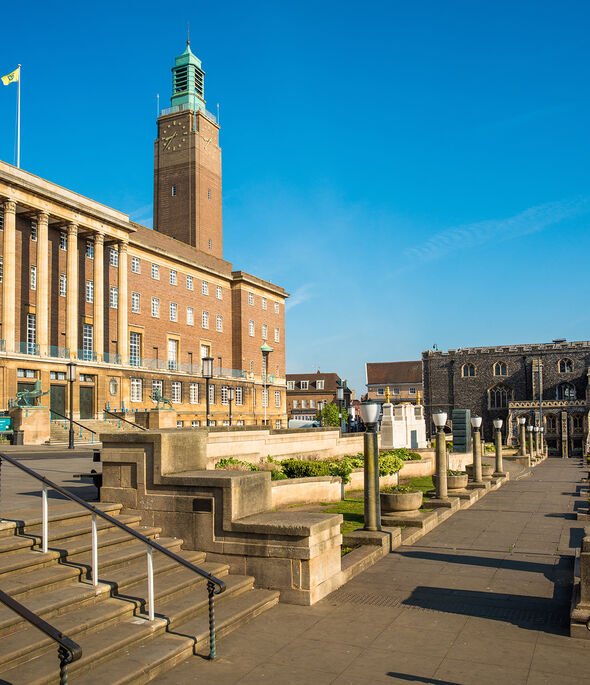 “Similarly, a second bike rack outside City Hall is also closed as this is in the area where people queue to sign the book of condolence to the Queen.

“All other cycle racks in the city remain open, including those just a few feet away from City Hall.”

It added: “To clear up any misunderstanding, we’ve replaced the signs with new ones to make things a little clearer.”

Derek Williams, a spokesperson for the Norwich Cycling Campaign, told the Norwich Evening News: “You’d think it would be fairly obvious that they’d be out of use when the racks are in close proximity to floral tributes. 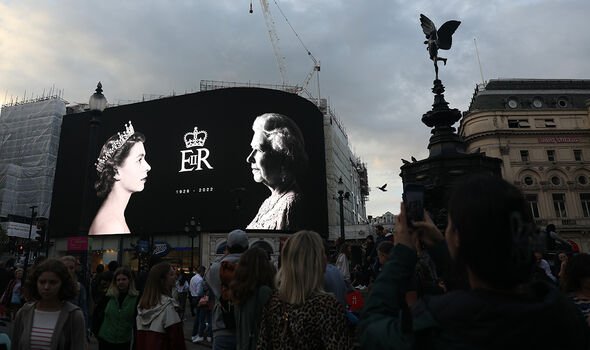 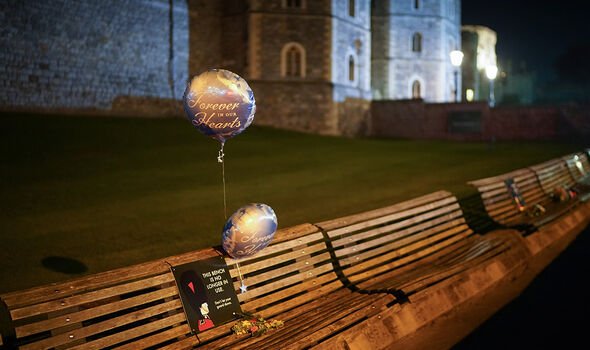 “It’s a classic case of miscommunication.”

He advised local cyclists: “Don’t park your bike where there’s going to be commemorations and people standing around. But people shouldn’t be discouraged from cycling into the city centre.”

Many famed British attractions have closed their doors during the national period of mourning out of respect for the late monarch, including Legoland Windsor, the Tower of London and London Zoo.

Several retailers have also either shut or amended their operations.

No football games took place from last Friday – the first day after the Queen’s death had been announced – to Monday, and this weekend’s football matches are anticipated to also be postponed.