Wimbledon continues today as British hopeful Cameron Norrie takes on David Goffin in the quarter-finals this afternoon. Norrie has never made it this far in a Grand Slam as he bids for a place in the semi-finals of this year’s championships. Joining the British number one in the last eight are reigning Wimbledon champion Novak Djokovic and Rafael Nadal. The first week of the championships drew several members of the Royal Family to the All England Club to catch a spot of world class tennis.

Prince and Princess Michael of Kent and Birgitte, Duchess of Gloucester, were among those spotted in the iconic Royal Box at Centre Court last week, with Kate, Duchess of Cambridge spotted at the club today.

But one royal who was not among them, and is unlikely to visit any time soon, is Queen Elizabeth II.

The 96-year-old monarch, who celebrated her Platinum Jubilee last month, has only been to Wimbledon four times during her 70-year reign.

But, according to royal insiders, Her Majesty has a perfectly good reason for avoiding the Grand Slam – she simply “dislikes” tennis.

Journalist Ainhoa Barcelona explained the monarch’s apathy towards the sport and the SW19 competition last year.

JUST IN: Kate was ‘mortified’ by her dad Michael Middleton after embarrassing Wimbledon gaffe 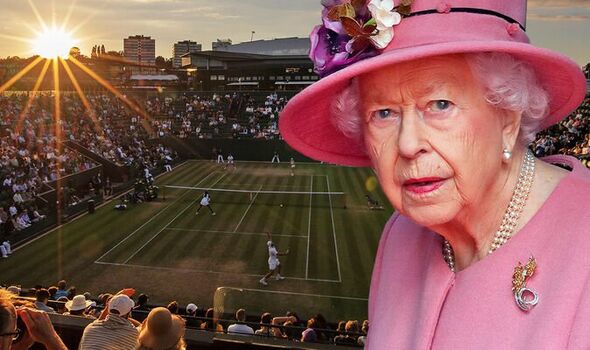 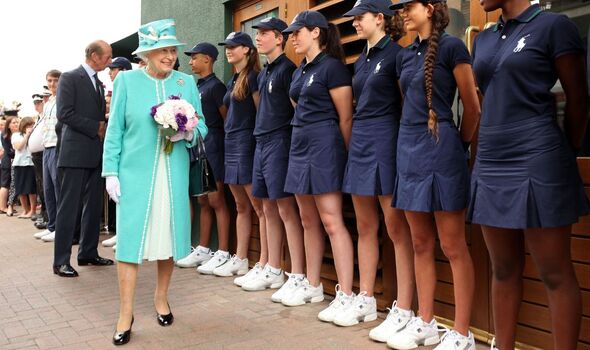 Writing in Hello! magazine, she said: “It’s never been her favourite sport and, in the past, she has always attended Wimbledon in her role as patron.”

In his 2020 book, ‘Royalty Revealed: A Majestic Miscellany’, he wrote: “Tennis is not on the list of royal favourite sports.”

He also claimed the monarch’s only daughter Princess Anne was not a fan of Wimbledon either.

He said: “The Princess Royal is also not much of an enthusiast, saying that Wimbledon is too ‘cauldron-like’.” 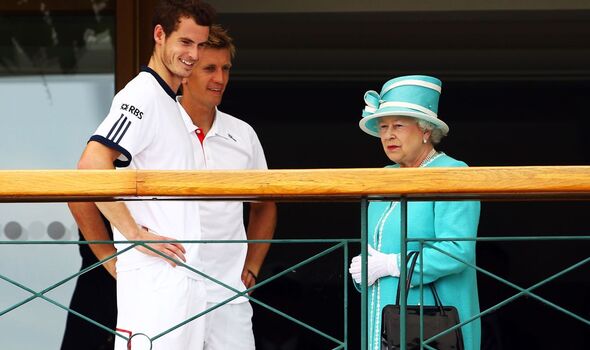 Both men bowed to the Queen, who along with Prince Charles, is one of only two people players must honour in this way.

Before the Queen entered the royal box, she met with tennis legends past and present in the members’ enclosure. 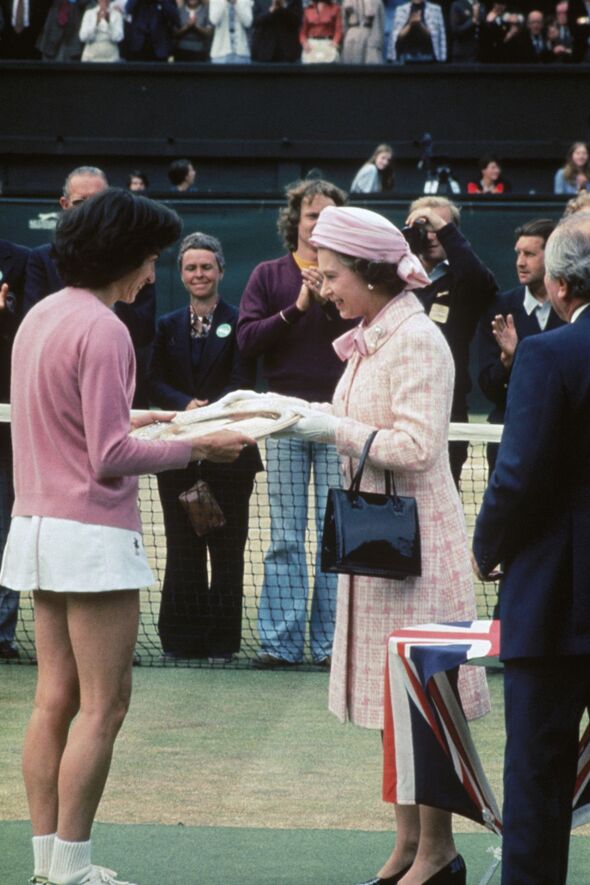 The monarch’s Wimbledon trip was her first appearance at the championships for 33 years.

Prior to those championships, the Queen’s last outing at Centre Court had been in 1962, where she presented the Wimbledon trophy to Australian legend Rod Laver.

Five years earlier, in 1957, Her Majesty made her first visit to the championships during her reign.

This visit was especially historic as Althea Gibson became the first black player to win Wimbledon. 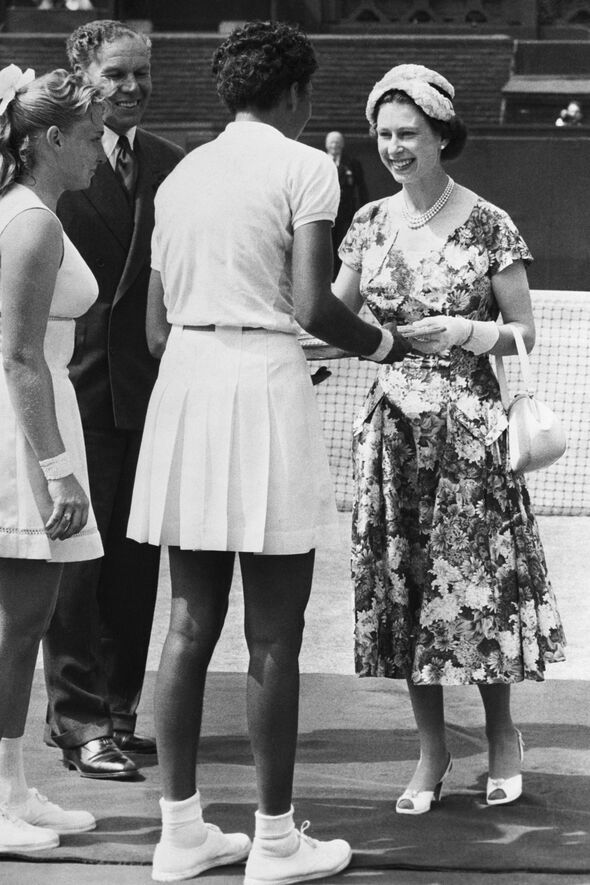 The Queen presented the trophy to the American, who was only a year older than the monarch herself.

Despite not liking tennis, Her Majesty has a long history with Wimbledon, having been patron of the All England Lawn Tennis and Croquet Club (AELTC) for 64 years.

She finally handed the honour over to Kate in 2017.

AELTC chairman Philip Brook, who announced the handover, said at the time: “We would like to thank Her Majesty for her long and unwavering service to the club and the championships during her time as our patron.

“It was a great honour to welcome Her Majesty to Wimbledon in 2010 and we remain immensely proud of her role in the history of the club and the championships.”