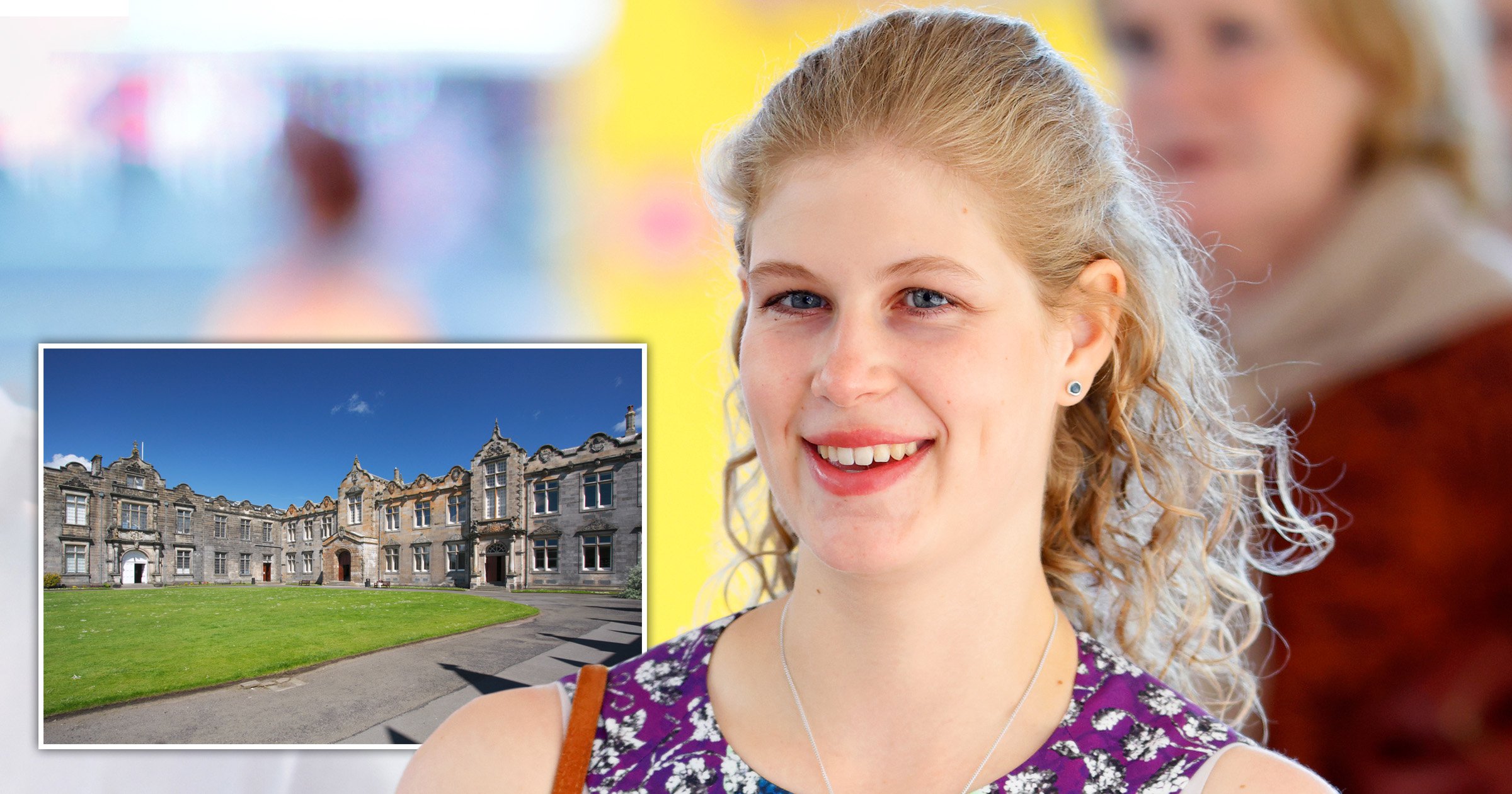 The Queen’s granddaughter Lady Louise Windsor has been working several days a week for nearly minimum wage at a gardening centre.

She took the £6.83-per-hour job after finishing her A-levels in June, despite living in a £30million mansion in Bagshot Park, Surrey.

The 18-year-old daughter of Prince Edward and Sophie, Countess of Wessex, has been seen laughing with customers ahead of going to the University of St Andrews.

She is set to read English at the Scottish institution, where Prince William and Kate Middleton met.

Lady Louise is said to have been seen helping out on the tills, greeting customers, pruning and potting plants at the garden centre.

One shopper told The Sun: ‘I knew the cost-of-living crisis was bad, but I didn’t think I’d ever see a grandchild of the Queen working in a garden centre.’

Another customer added: ‘The staff seemed to adore her. It’s not every day you buy your begonias off a royal.’

A third, who was served by the royal, said: ‘I couldn’t believe it was Lady Louise – I had to look twice.

‘She is a really modest and sweet young woman who is polite and attentive to customers. She seemed to be loving the job.

‘You’d never imagine the Queen’s granddaughter would take on a role working behind a till.’

Ingrid Seward, editor of Majesty magazine, said: ‘Isn’t it wonderful the Queen’s granddaughter rolled her sleeves up and got her hands dirty with a summer job before going to university – just like any other normal teenager.’

Security arrangements for Lady Louise’s job have not been made public, and her parents Edward and Sophie are thought to only receive police protection when on official duties and engagements.

It is not known which subjects she took at A-level or what grades she achieved.

The teenager, who has always enjoyed a close relationship with her grandmother the Queen, 96, is taking on an increasingly public role within the Royal Family.

She played a starring role in Trooping the Colour during the Queen’s Platinum Jubilee celebration before making her appearance on the Buckingham Palace balcony alongside Her Majesty.

Many students at St Andrews live in halls of residence. William and Kate both lived in St Salvator’s, dubbed ‘Sallies’, where they came to know each other as friends before romance bloomed.

They both initially enrolled to study History of Art but William later switched to geography.

The couple went public with their relationship shortly before they graduated.

Lady Louise earlier this greeted her cousin-by-marriage Kate Middleton with a double kiss on the cheek at the Commonwealth Games, to which she wore a £985 dress borrowed from her mother.