Her Majesty, 95, lost her husband earlier this month and is going through a period of private mourning. The Duke of Edinburgh was laid to rest in Windsor on April 17 in a scaled-down ceremony that was televised for those across the nation and the world to watch. However, the cameras cut away from the Queen at certain moments in order to help maintain her privacy, it has been claimed.

The nonagenarian, while generally in good health, occasionally struggles with certain movements, but the cameras tactfully cut away to spare her the embarrassment of it being broadcast.

The Queen was therefore not seen getting out of her car or getting into her seat in St George’s Chapel to give her a bit of dignity.

During the 50 minute service, the cameras mostly focused on the clergy and the choir, only occasionally cutting to the family sitting in the pews.

This kind gesture helped the Queen maintain a level of privacy in her hour of need, even at a funeral that was being televised. 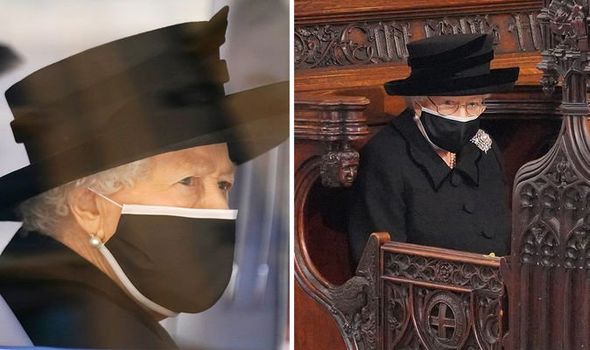 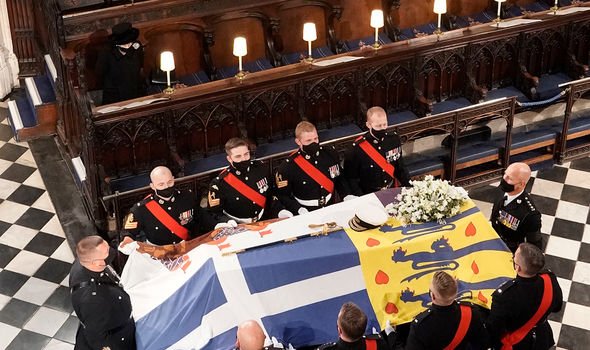 Ms Gripper noticed that the cameras were pulling away at certain moments.

She said: “I think the cameras and the way things were done, they did afford probably as much as you can at a public funeral like that, quite a lot of privacy and dignity, particularly for the Queen in her later years.

“We didn’t see her particularly getting in or out of the car, I don’t think, there was a bit of a step back to allow her to deal with that. 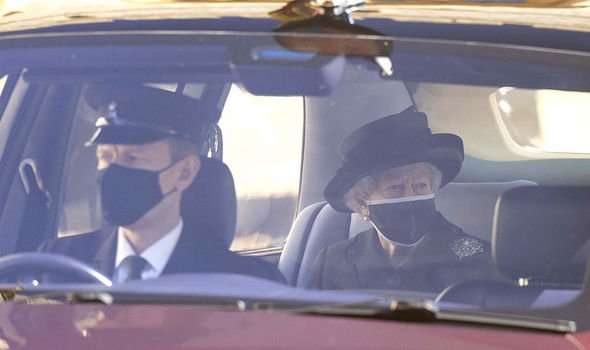 “And getting into her seat, we all saw her walking towards her seat but we didn’t see her actually having to shuffle about and be dignified taking her seat.

“It wasn’t exactly a concert, but it sort of was, because there was no singing, apart from the four beautiful singers.”

That said, Ms Gripper acknowledged that the scaled-back ceremony meant the focus was more intense on the 30 attendees than it would have been with the 800 expected to attend in normal times. 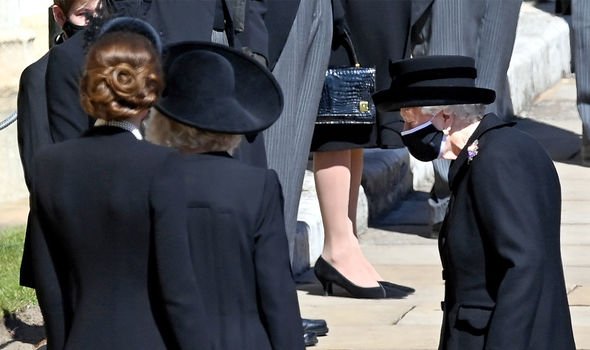 While the focus would largely be on the Queen and senior royals, they would share camera time with serving and former politicians, along with foreign royals and dignitaries and even celebrities who know the Royal Family.

This would mean those grieving most would, to a certain extent, be “lost” in the crowd.

Instead, the stark emptiness of the room at St George’s Chapel left the royals rather exposed.

Ms Gripper said: “I’ve been thinking about this in terms of ‒ in some ways, it was more intimate because there were only 30 of them and it was only family, there weren’t foreign dignitaries and the Prime Minister, people that you have to invite but you wouldn’t normally.

“But at the same time, it was much more stark and bare ‒ there was nowhere to hide.

“If there’s 800 people there, you’re not going to have the camera on you much of the time.

“You’re going to get a bit ‒ not exactly lost, because obviously the Queen and seeing her would always be such a key and poignant moment ‒ but the intensity in some ways of the focus on the small number of people there… there was nowhere to hide.”

Mr Myers added that he felt it was “more special” the fact that it was a scaled-down ceremony and what Prince Philip would have wanted for his send off.

He said: “I think it was a better occasion to have a smaller ceremony and procession and it just seemed a lot more intimate.

“If it had been a bigger procession with the Land Rover going through the streets of London and then being driven to Windsor and all TV cameras picking it up on the route and loads of people lining the streets ‒ I don’t think the Duke of Edinburgh would have wanted that.

“And I do think this scaled down version allowed the family to grieve privately, although the eyes of the world were on them, but I do believe it was a more special occasion.”