Beatrice married her beau, Edoardo Mapelli Mozzi, at a beautiful private ceremony in Windsor on July 17. The Queen and Prince Philip were both in attendance, as were Prince Andrew and Sarah Ferguson. Beatrice’s wedding dress was an adapted version of one worn by the Queen in 1962 to the premiere of Lawrence of Arabia, and the tiara was also the Queen’s in what was seen as a heartwarming gesture of their special connection.

While everything seemed to go smoothly for Beatrice, the Queen was not so lucky when it came to the jewellery.

Just hours before the Queen’s wedding in 1947, the tiara actually snapped in half.

The distressed Queen had it sent to the Royal Family’s jeweller and it was hastily mended in the nick of time.

However, some claim the tiara appears slightly wonky in the Queen’s wedding photos. 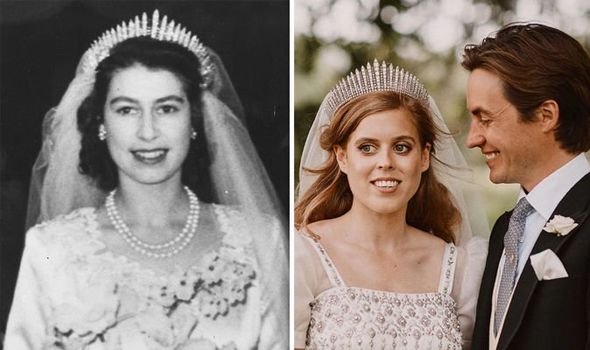 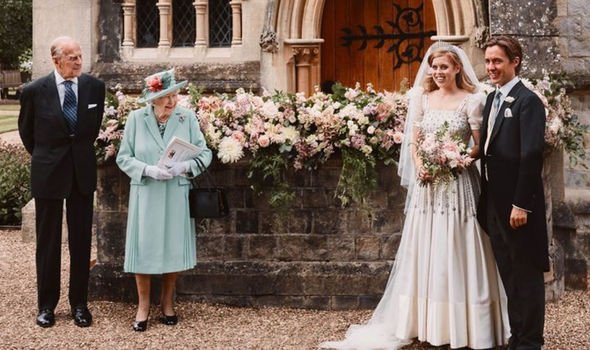 In last week’s episode, Mirror Online lifestyle editor Zoe Forsey was a guest star and told the story of the horror tiara mishap.

She said: “There is actually an interesting story about when the Queen wore it ‒ it was not quite so straight-forward on the Queen’s wedding day, I hope it was better on Beatrice’s.

“But when the Queen was getting ready, getting her hair and makeup done and everything like that ‒ which is stressful enough for any bride, let alone doing it knowing that it’s a royal wedding ‒ but the tiara actually broke, it completely snapped in half. 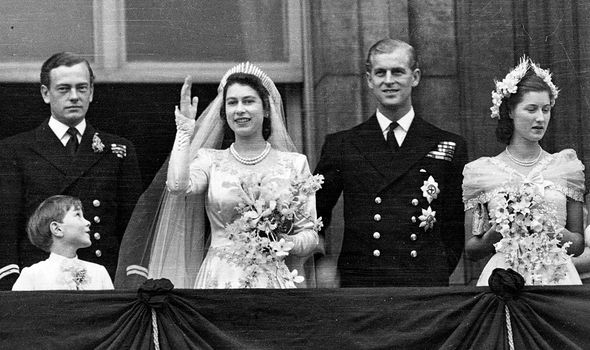 “Luckily they had, as you would if you were a princess, they had the royal family’s official jeweller on standby just in case something went wrong.

“So it was sent back to their workshop with a police escort.

“So you can imagine being the person carrying that in the back of the thing, definitely don’t want to break it any more!

“And within two hours they had managed to get it all back together and get it back to her, so I’m assuming that person was very, very popular.” 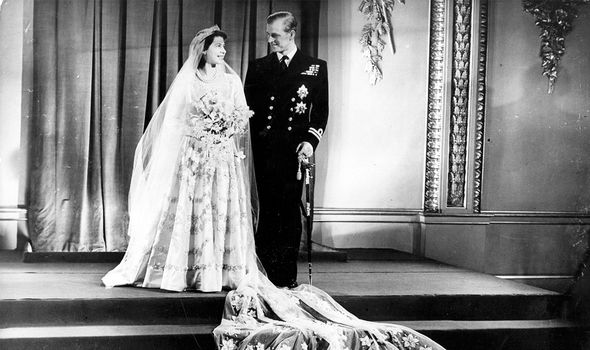 Mr Myers joked that a “flunky” was sent out to fix the jewels and told not to come back until it was fixed, and then quipped that they might have used “super glue, like in Blue Peter”.

The Queen was upset by the tiara breaking, but the Queen Mother had some comforting words.

She apparently told the then-Princess Elizabeth: “We’ve still got two hours and there are other tiaras.”

Ms Forsey said it must have been a “good calming voice”, while Mr Myers joked how the royals are “just like us”.

He jested: “They’re just like us, the royals, hand-me-downs, tiaras knocking about worth about £10million.”

Ms Forsey added that people sometimes claim you can see in the Queen’s wedding photos that the tiara is “a bit wonky”.

She continued: “But I couldn’t see it at all, I still think it looks lovely, and it’s still a tiara isn’t it, wonky or not?” 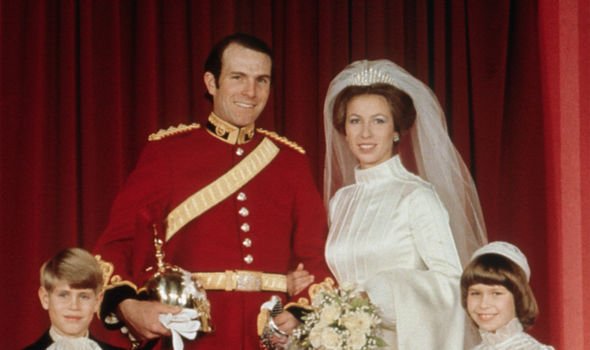 What makes this tiara extra special is just how many generations of royals have worn it on their wedding day.

For the Queen, it was her “something borrowed” from her own mother, Queen Elizabeth The Queen Mother, then the Queen lent it to her daughter Princess Anne in 1973 and then to her granddaughter Princess Beatrice.