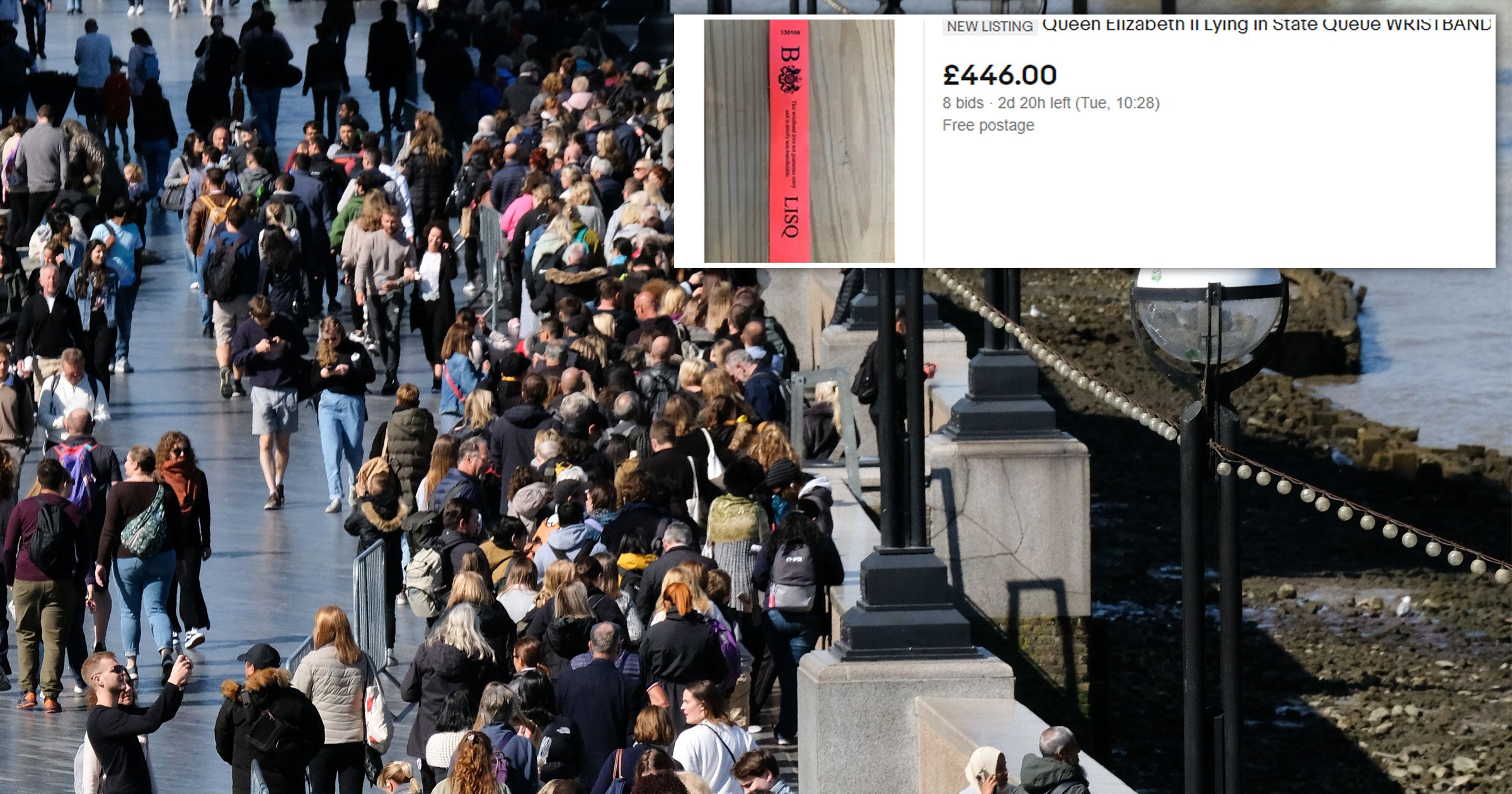 Wristbands given to people queuing up to see the Queen lying in state are now being sold online – with some listed for hundreds of pounds.

The wristbands have been appearing on eBay, with some selling for as much as £446.

They allow members of the public to go and get food and drink and visit the loo so they can rejoin the queue.

At one point, fives-mile queues and 24-hour plus waits were announced by the government, as thousands of people have being paying their respects to the Queen lying in state.

The live online tracker currently states the queue time is estimated to be 13.5 hours, and goes all the way from Westminster Hall back to Southwark Park.

Occasionally, the government have shut down the Queue due to overcapacity.

It has grown so long that it now has its own weather forecast.

Other remembrance items have also been sold on after the Queen’s death.

Commemorative newspapers, mugs, and coins have also been sold online.

But for some bizarre reason, some of the wristbands are being listed to sell six days from now – meaning buying the wristbands would not let anyone in to see the Queen lying in state whose funeral is on Monday.

Memorabilia of monarchs was made popular under Queen Victoria’s reign – when pendants and medallions were created to mark the passing of the last longest reigning monarch.

The King and the Prince of Wales also ventured down to greet people joining the Queue at Lambeth Bridge.

As the father and son shook hands with those pressed against the metal barriers, many took photographs of the rare encounter.