The Queen, 96, arrived at her Highlands retreat in Scotland last week. She is expected to stay at Craigowan Lodge for ten weeks for her summer break.

But Her Majesty extended an invitation to the Duke and Duchess to join her at the Royal Family’s Scottish holiday home, The Sun claimed.

A Balmoral source told the publication: “Staff have been told to expect the full list of royals including Harry, Meghan and their children Archie and Lilibet.

However, Page Six then said “multiple sources confirmed” that the Duke and Duchess of Sussex would not be making the trip across the Atlantic again this summer. 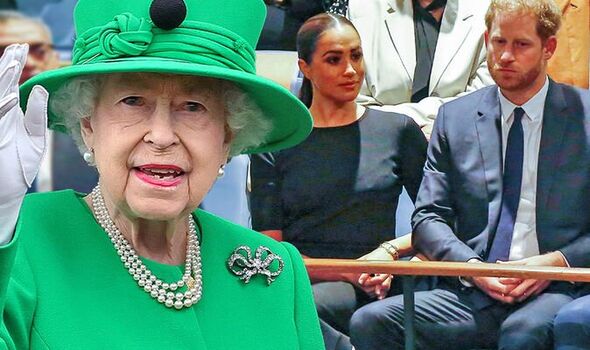 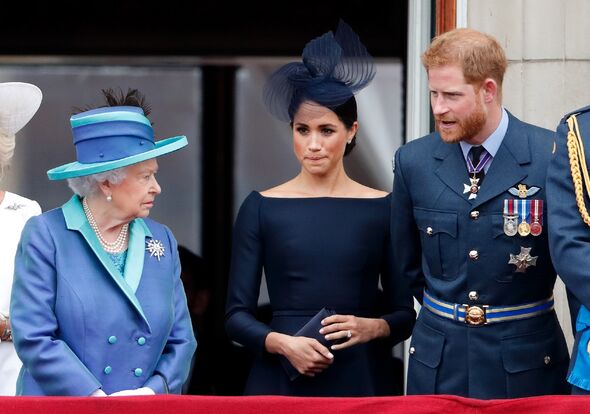 But whether or not Meghan and Harry board a flight destined for the UK, the Queen is the “clear beneficiary” of the reported “olive branch” extended to the US-based couple, a royal author has said.

Daniela Elser described the idea of an invitation to Scotland as one that paints the monarch as “generous”, and backs Harry and Meghan into a corner of looking “peevish”.

She wrote: “The clear beneficiary of this holiday invitation story is the Queen and the Palace who come across looking splendidly magnanimous.

“Meanwhile, when the Sussexes inevitably fail to turn up, they will look peevish and bolshy, unwilling to accept his Gran’s generous offer. 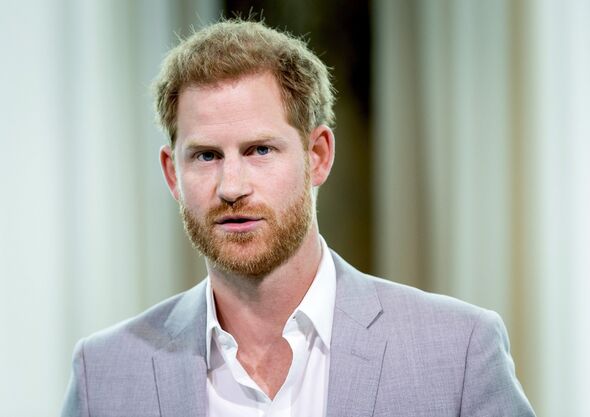 “Let’s be real: the chances of the Sussexes merrily fuelling the private jet, loading up their children, staff and enough cashmere jumpers not to freeze to death in a monstrously huge castle, all to spend four days with his family would seem to be extremely small.”

The reports came as anticipation builds over the publication of Prince Harry’s memoir later this year.

It was announced in 2021 that Prince Harry, 37, was penning an “intimate and heartfelt memoir” about his life.

The Duke of Sussex described the account as “accurate and wholly truthful”, and an opportunity for the prince to “tell my story”. 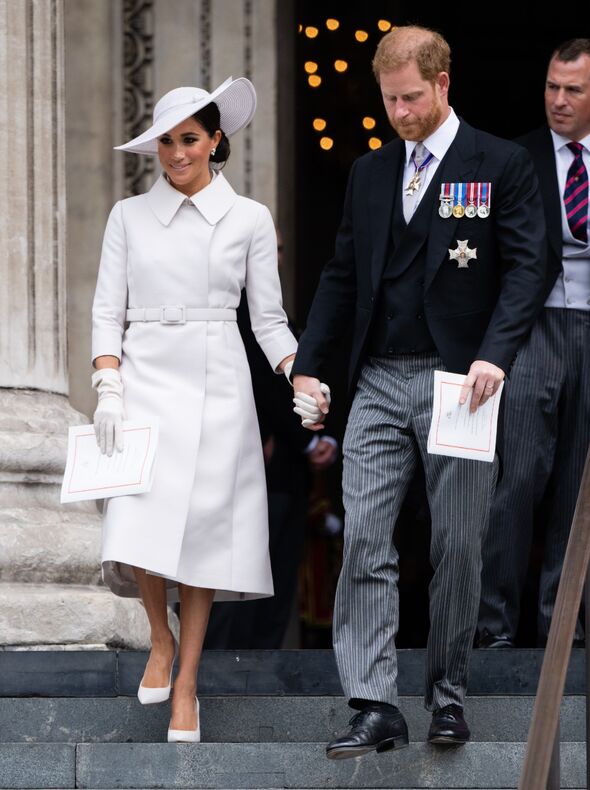 He said: “I’ve worn many hats over the years, both literally and figuratively, and my hope is that in telling my story — the highs and lows, the mistakes, the lessons learnt — I can help show that no matter where we come from, we have more in common than we think.”

He added: “I’m deeply grateful for the opportunity to share what I’ve learned over the course of my life so far and excited for people to read a first-hand account of my life that’s accurate and wholly truthful.”

Published by Penguin Random House, it will be the “definitive account” of the Duke’s “experiences, adventures, losses, and life lessons”.

With the publication date tentatively set for late 2022, the exact time at which it will hit the shelves is still not known.

But Ms Elser described how the tensions likely brewing within The Firm about the memoir would have had little impact on the Duke and Duchess’s alleged decision not to return to the UK.

She wrote: “Even if the book was not a factor, I find it incredibly hard to believe Harry and Meghan would want to spend time with the same people who less than two months ago humiliated them as the world watched on during the Platinum Jubilee.”

The Duke and Duchess of Sussex last arrived in the UK for a flying visit over the Queen’s Platinum Jubilee weekend in early June.