Buckingham Palace has marked the 68th anniversary of the Queen’s coronation by providing details of the celebrations of her Platinum Jubilee, taking place in June 2022. On the Royal Family’s official Twitter account, the palace shared insight on when the celebrations will take place and how Britons will be able to come together to mark the Queen’s record-breaking reign.

The Queen’s official Twitter account wrote in a series of messages: “Her Majesty The Queen will celebrate her Platinum Jubilee from Thursday 2nd – Sunday 5th June 2022.

“The weekend will provide an opportunity for communities across the UK to come together to celebrate this historic milestone. #HM70 #PlatinumJubilee.”

Another tweet read: “The extended bank holiday weekend will see public events and community activities, as well as national moments of reflection on The Queen’s 70 years of service.”

And a third marked just how momentous the Silver Jubilee will be for the Queen, the first British monarch to remain on the throne for 70 years. 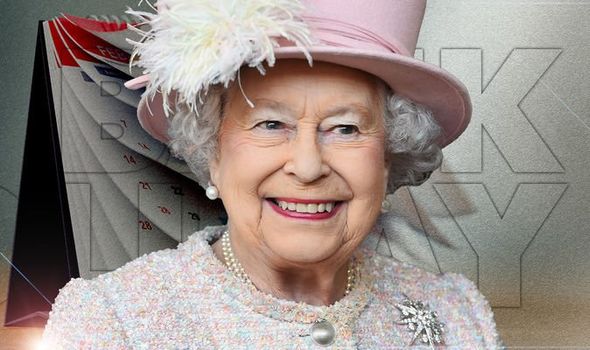 The tweet read: “The Queen is the first British Monarch to celebrate a Platinum Jubilee, having acceded to the throne on 6th February 1952, when she was 25 years old.

“Her Majesty has celebrated her Silver, Golden and Diamond Jubilees.”

While several events will take place during the four-day-long Bank Holiday, Buckingham Palace said the Platinum Jubilee will be marked with year-long celebrations throughout the UK, Commonwealth state members and the world.

The prolonged Bank Holiday will start on June 2 with a special Trooping the Colour parade, to be attended by more than 1,400 parading soldiers, 200 horses and 400 musicians.

On June 3, the Royal Family is expected to gather at St Paul’s Cathedral for a Service of Thanksgiving for The Queen’s reign.

Celebrations will include also the Queen’s lasting love for horse racing, as on the following day Her Majesty will attend the Derby at Epsom Downs with other royals.

Still on June 4, Buckingham Palace will become the theatre of a star-studded concert to be broadcasted by the BBC.

Speaking about this event, the palace said: “The BBC will stage and broadcast a special live concert from Buckingham Palace that will bring together some of the world’s biggest entertainment stars to celebrate the most significant and joyous moments from The Queen’s seven decade reign.

“Members of the public will be invited to apply to attend this special event and details of the ballot for UK residents to secure audience tickets will be released in due course.”