Queen’s state funeral: Everything you need to know

As foreign leaders from across the world come together to mourn the late monarch, a look back at Her Majesty’s relationship with the world leaders suggests the monarch’s soft power went a long way in cultivating the “special” trans-Atlantic bond.

Throughout her reign, Queen Elizabeth II met with 13 US presidents and played a major role in facilitating the US and UK’s “special” diplomatic relationship. Their meetings have been described as the “stuff of legends”, from horseback riding with Ronald Reagan at Windsor Castle to watching a baseball game with George H.W. Bush.

Her Majesty won over president after president with her grace, dignity and wit. And it all began back in 1960, with a recipe for scones.

In January 1960, a letter for President Dwight Eisenhower arrived at the White House in Washington. Written on official Buckingham Palace letterhead and signed “Elizabeth R”, the handwritten note contained a recipe for drop scones.

It read: “Dear Mr President, seeing a picture of you in today’s newspaper standing in front of a barbecue grilling quail reminded me that I had never sent you the recipe for the drop scones, which I provided you at Balmoral.

“Now, I hasten to do so, and I hope you will find them successful.”

In honouring a promise she had made a year earlier, the Queen had written a letter to President Dwight Eisenhower, detailing the recipe for the scones she had served him during his visit to Balmoral Castle. 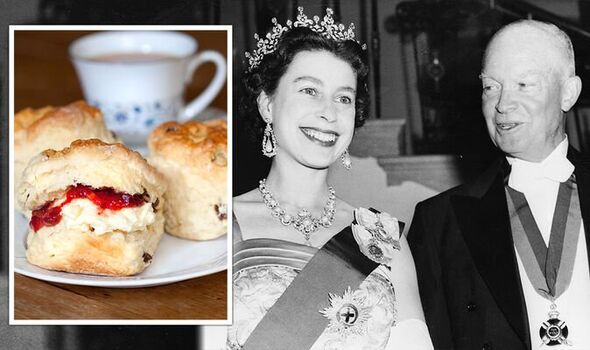 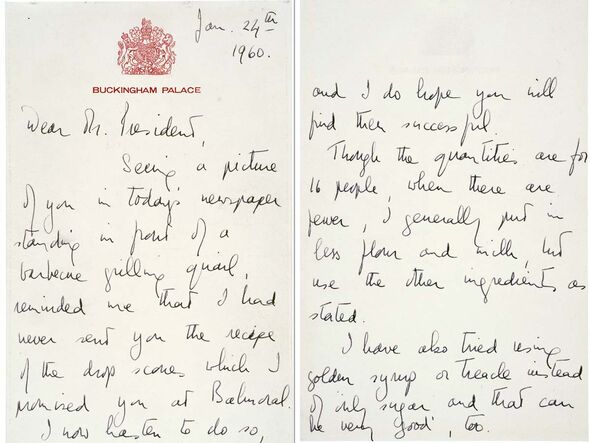 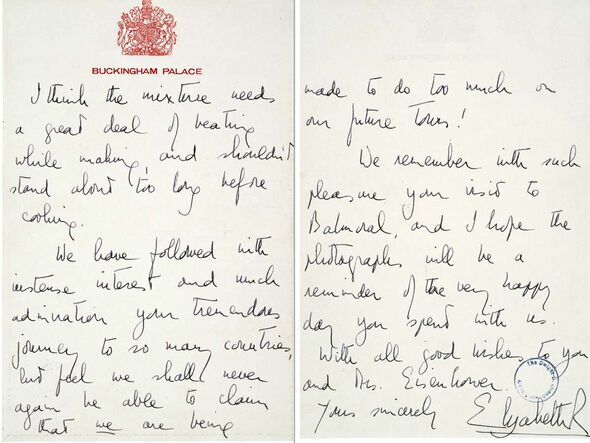 The informality of the letter hints at the close bond shared between the two heads of state and perhaps nods to what would become an enduring “special relationship” between Britain and America.

By 1960, Eisenhower had been in office for seven years. He was elected in November 1952, nine months after Queen Elizabeth ascended the throne.

But their relationship began long before either of their times at the helm — when the monarch was Princess Elizabeth and Eisenhower was a young armed forces general. During World War Two, Eisenhower was Supreme Commander of Allied Forces in Europe and Elizabeth was the wartime princess who trained to be a driver and mechanic in the Auxiliary Territorial Service (ATS).

The former president had a strong working relationship with UK prime minister at the time, Winston Churchill, and King George VI — Elizabeth’s father. Eisenhower regularly visited the King and his family throughout the war and became well-acquainted with the royals. 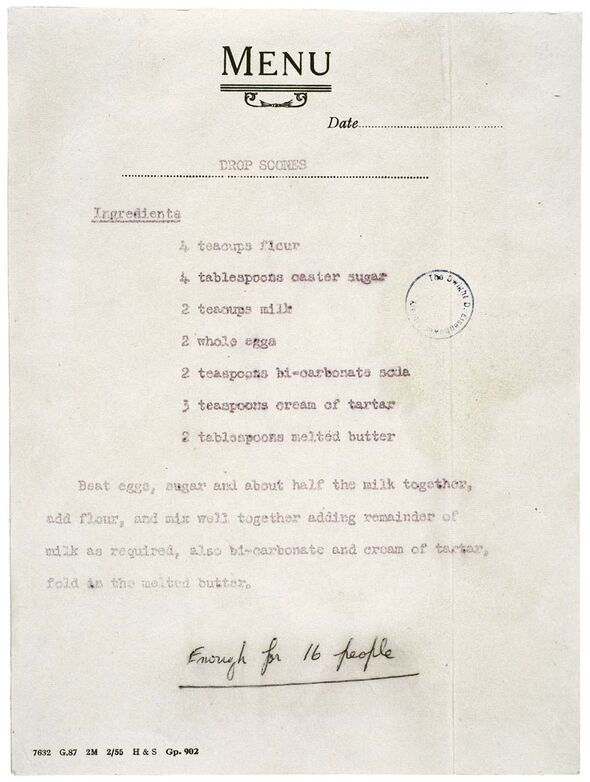 Having formed a bond during the war, their relationship grew closer as they adopted their new roles. Elizabeth visited Eisenhower at the White House and the US leader crossed the pond to see the monarch at her royal residences, including Buckingham Palace and Balmoral.

Speaking about their relationship, the president’s granddaughter Susan Eisenhower told Sky News: “It’s very moving because World War Two was one of those conflicts that really bound people.

“You’re talking about the Supreme Allied Commander, and the Royal Family, who had really played an extraordinary role in inspiring Great Britain and the world during this really very dangerous time. This is where the special relationship begins in a kind of earnest way.”

In 1957, the Queen and her husband Prince Philip made their first state visit to the US. They arrived in New York City by boat and were greeted by enthusiastic crowds who had lined the streets of Manhattan.

Ms Eisenhower said: “The way my grandparents chose to mark her first visit to the United States as Queen, really underscored the intimacy of this friendship.” 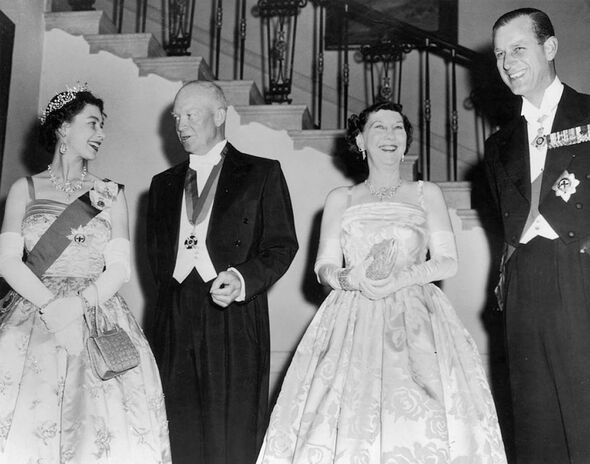 The First Lady invited the royal couple to stay at the White House, despite the usual protocol that foreign dignitaries stay in nearby Blair House.

Ms Eisenhower recalled: “My grandparents insisted she be treated like a guest of the family, and she stayed in a room that was often used by out-of-town house guests.

“But my grandmother promptly dubbed it the Queen’s Bedroom and brought it into a special category, really, where only the most important guests for the president and first lady would allow anyone to stay in.” 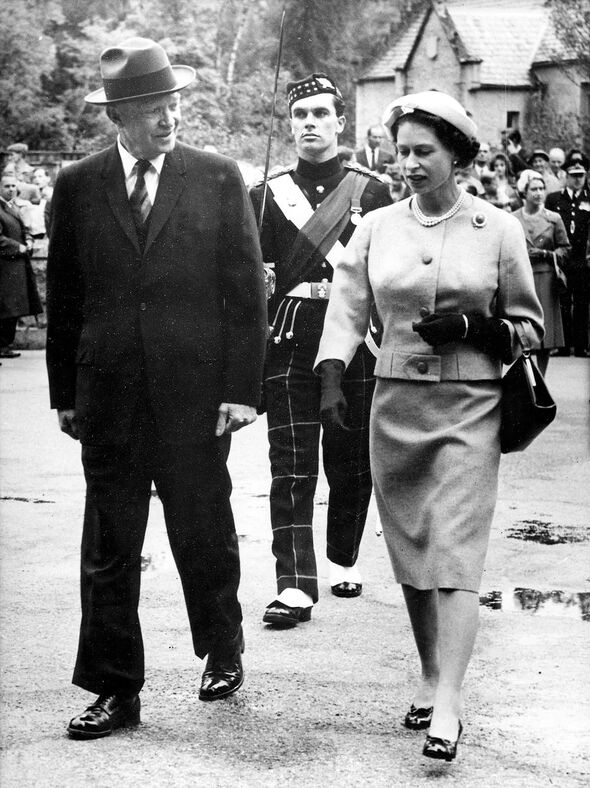 Through 12 more presidents, Queen Elizabeth remained the constant. On June 13, 2021, Joe Biden, the 46th President of the United States, in attendance for the G-7, became the 13th American President to meet the Queen.

Following Her Majesty’s death, President Biden issued a heartfelt statement, which read: “Her Majesty Queen Elizabeth II was more than a monarch. She defined an era.

“In a world of constant change, she was a steadying presence and a source of comfort and pride for generations of Britons, including many who have never known their country without her. An enduring admiration for Queen Elizabeth II united people across the Commonwealth. The seven decades of her history-making reign bore witness to an age of unprecedented human advancement and the forward march of human dignity.”

It continued: “Queen Elizabeth II was a stateswoman of unmatched dignity and constancy who deepened the bedrock Alliance between the United Kingdom and the United States. She helped make our relationship special.” 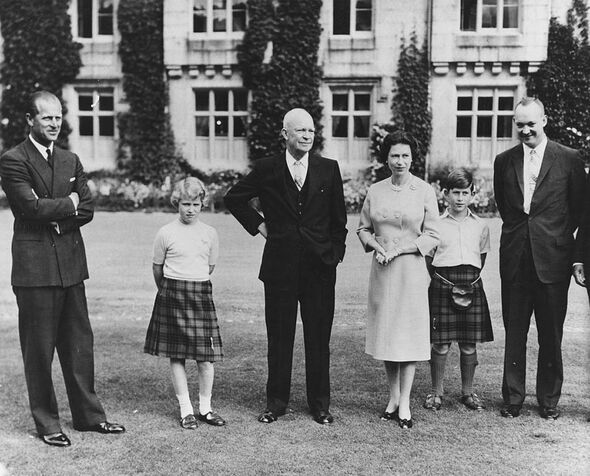 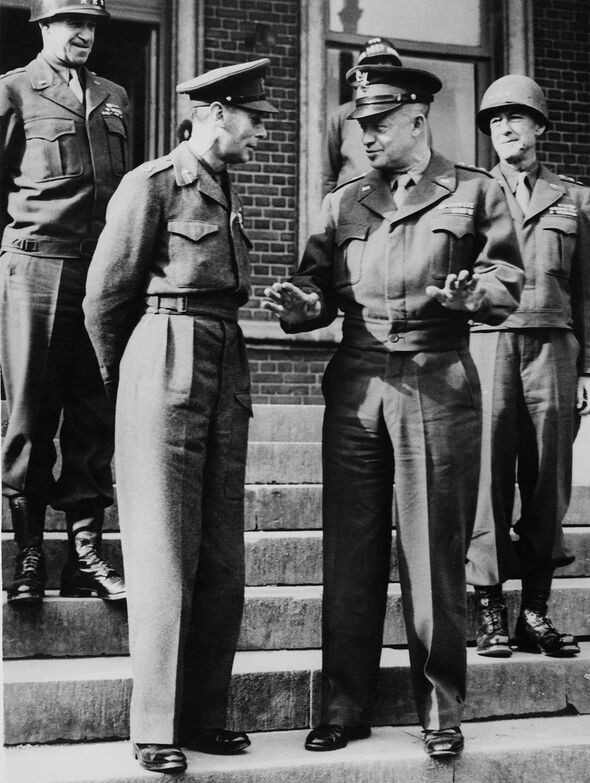 As for the scones which laid the foundation for the enduring friendship, the recipe has been revealed perhaps as a pointer for future presidents.

“I generally put in less flour and milk, but use the other ingredients as stated,” the Queen wrote.

“I’ve also tried using golden syrup or treacle instead of only sugar, and I think that can be very good too. I think the mixture needs a great deal of beating while making and shouldn’t stand about too long before cooking.”