Windsor castle reopened yesterday alongside the Royal Mews at Buckingham Palace, and The Queen’s Galleries in London and Edinburgh. Windsor Castle was previously forced to close amid the coronavirus pandemic.

This included removing some historic World War II-era portraits of the Queen as well as her sister Princess Margaret in a series of pantomimes.

The Queen and Princess Margaret had taken part in the pantomimes in order to raise money for a royal fund to send woollen supplies to soldiers fighting in the war.

But when the portraits were taken down, they revealed another, hidden set of portraits behind them. 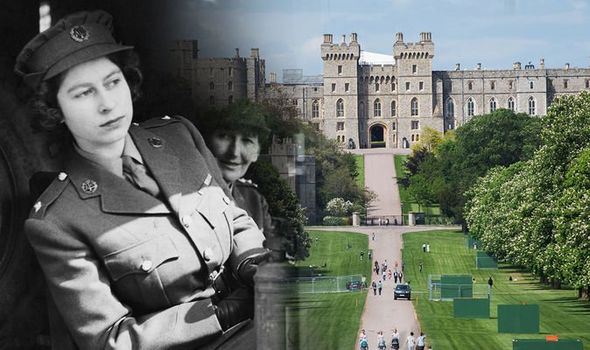 This is because the pantomime portraits had been taken down soon after their production by Sir Thomas Lawrence, in order for safe keeping during the war.

To replace them while the fighting was ongoing, a teenage evacuee and part-time art student Claude Whatham was commissioned to create another set of artwork – fairy-tale characters on sheets of wallpaper.

These then covered the bare walls of Windsor Castle’s Waterloo Chamber until the war was over.

Then, the original pantomime portraits were placed back on the walls, and the fairy-tale pictures by Mr Whatham hidden behind them. 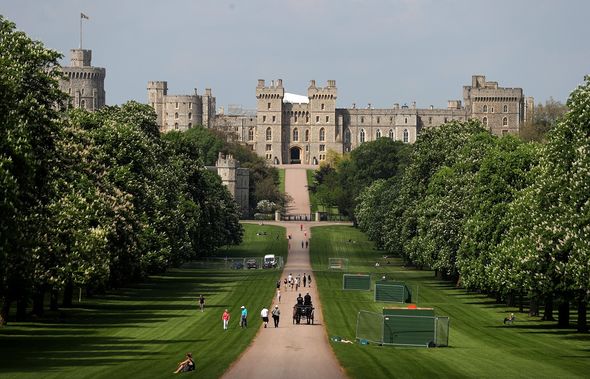 They remained there for decades – having been revealed just once since the war after a fire in 1992, according to the Royal Collection Trust.

Now that Sir Lawrence’s original portraits have been removed for maintenance work, these fairy-tale portraits are back on display and are open to the public. There are 16 in total.

The characters portrayed by Mr Whatham include Aladdin, Jack and the Beanstalk, Cinderella, Little Red Riding Hood, and more. 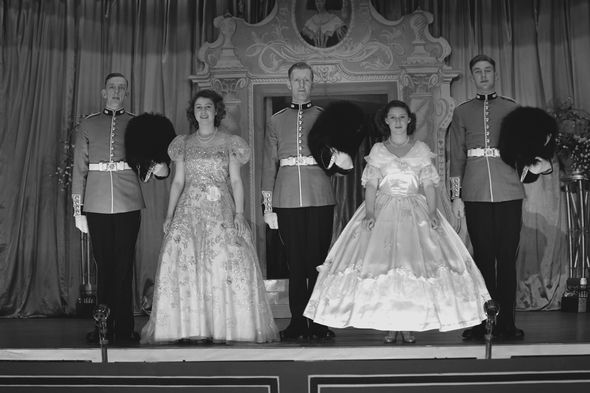 The Aladdin painting has a particular importance for the Queen, because she and sister Princess Margaret reportedly performed in a rendition of that fairy-tale in 1943.

Prince Philip, on leave from the navy, was in the audience, Vanity Fair reports.

Mr Whatham went on to become a prominent television director before his death in 2008. 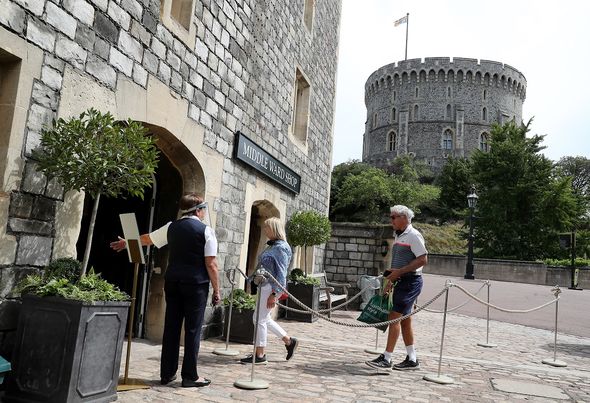 As well as Windsor Castle, a number of other royal attractions also reopened yesterday.

The RCT said: “Windsor Castle, the Palace of Holyroodhouse, the Royal Mews at Buckingham Palace, and The Queen’s Galleries in London and Edinburgh, as well as Royal Collection Trust shops, reopen to the public tomorrow, Thursday, 23 July 2020.”