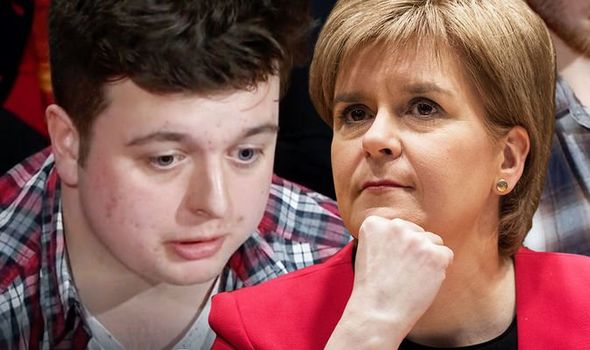 The SNP have continued to campaign for Scotland to leave the UK, despite losing the 2014 independence referendum. Nicola Sturgeon’s party is also hoping to overturn the 2016 Brexit referendum result. A number of audience members took aim at the nationalist party on Question Time last night, which was broadcast from Elgin in northern Scotland.

One commented: “I’m proud to be Scottish but if the SNP Government want to make an independent Scotland more appealing to me why don’t they get on with governing the country properly first?”

Ms Sturgeon has threatened to speed up plans for a second independence referendum if the UK Government pushes ahead with a hard-Brexit.

She has previously said there should be another vote before the current Scottish Parliament term finishes in 2021, despite Alex Salmond describing the 2014 vote as a “once in a generation opportunity”.

Speaking to ITV’s Robert Peston on Wednesday Ms Sturgeon said a hard Brexit would “certainly see a lot of people want to bring that choice for Scotland to be independent as close as possible”. 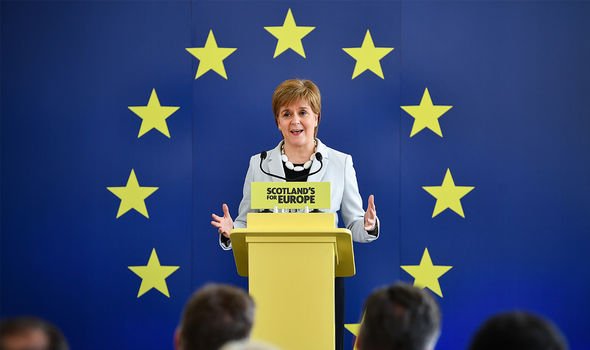 She added: “The point I was going to make is we’ve got to put the plans in place, we’ve got to pass the legislation we’ll introduce later this month.

“Just as 2014 was very different to the Brexit vote, I want the future choice for that decision to be one that people come to with the maximum amount of information.”

Labour’s Scottish leader Richard Leonard argued a no deal Brexit would be damaging for the UK, while the Conservatives’ Bim Afolami said the referendum result must be respected.

Another audience member used the opportunity to launch a savage attack on the SNP’s plans to split the UK, and argued the 2016 referendum result should be respected. 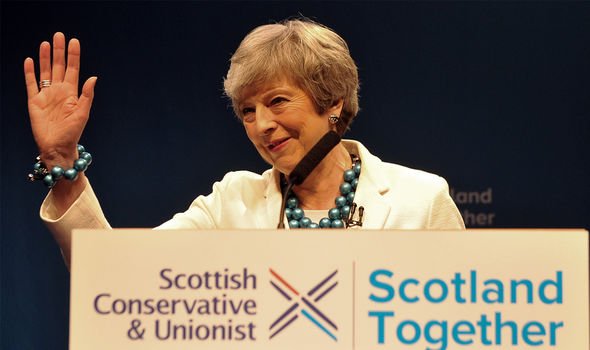 She said: “I’m one of the odd people who voted ‘Remain’ in the EU election, but I accept democracy. I accept the vote.

“And I accept that we voted as the UK and I object strongly to the SNP thinking that they can take my ‘Remain’ vote and claim that they speak for me.

“They do not speak for me.”

The UK will take part in European Parliament elections next Thursday.

Polls suggest the Brexit Party is likely to win, with the Conservatives being pushed into third or fourth place.