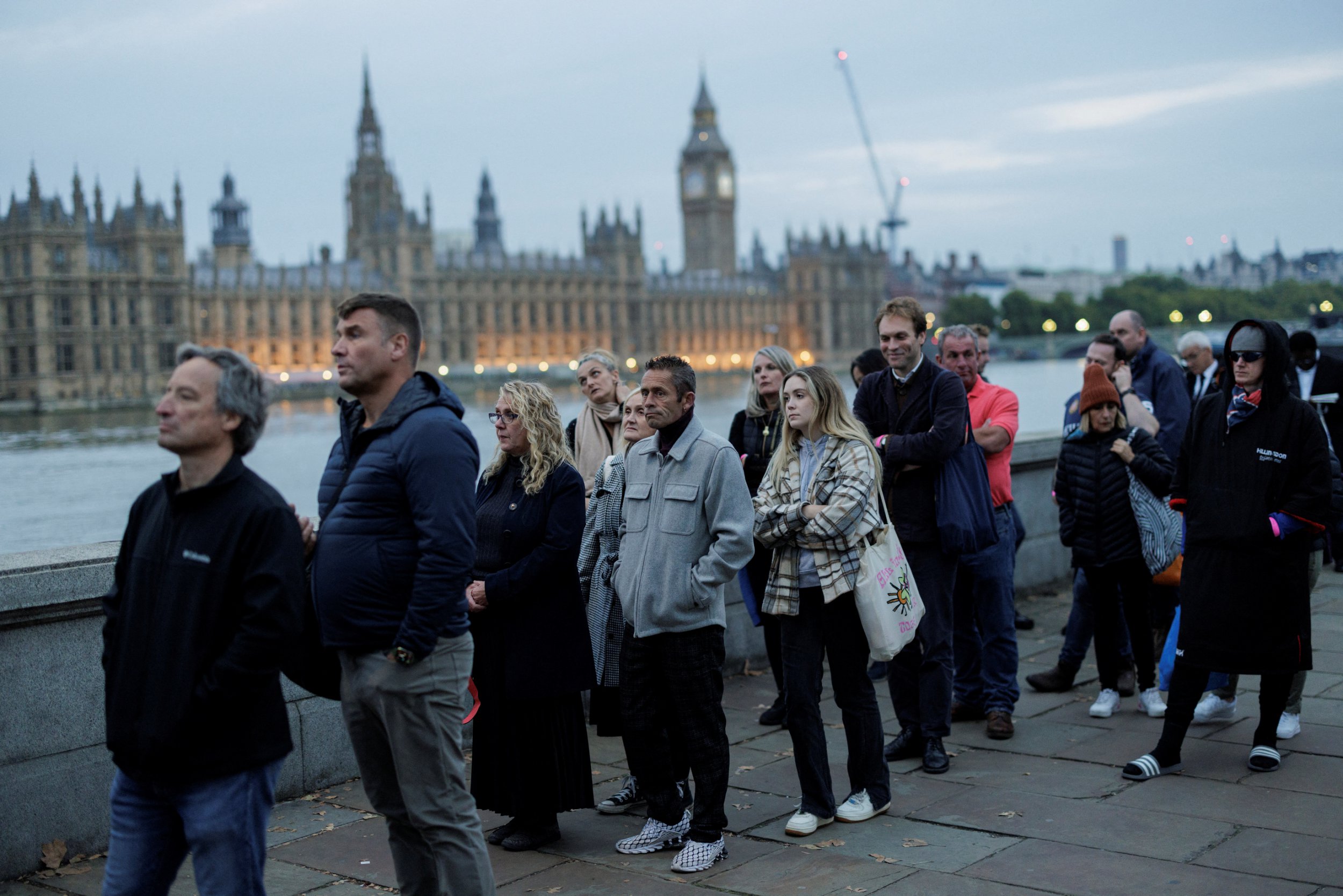 If you want to see Her Majesty’s coffin, you may have to join the queue before Saturday night.

The monarch’s lying in state period is set to end at 6.30am on Monday, so the Government has anticipated having to set a limit on when new mourners can join the queue.

Wait times are predicted to hit up to 30 hours so this deadline could be as early as Saturday night.

Officials want to make sure everyone waiting in line actually gets their time with the Queen.

The planned route is currently just under seven miles but Downing Street said it would extend the line to 10 miles so more people could join.

Some dedicated Brits joined the queues on Monday, 48 hours before it officially opened.

The line through the capital is seemingly endless, with many waiting overnight.

The queue was three miles long, stretching to London Bridge, by 2.30am this morning.

It has shortened now, reaching Blackfriars Bridge instead, but a steady stream of people has joined this morning.

The queue is currently moving at 0.5 miles per hour.

The British Film Institute has set up a big screen under Waterloo Bridge to show documentary clips about the Queen’s life – entertainment tired mourners will surely be grateful for.

Many who have already paid their respects to Her Majesty were brought to tears in front of the coffin.

Vanessa Nathakumaran, 56, was one of the first in the queue, and said: ‘I really really want to be part of it. I don’t want to miss it in case… they said they are probably going to control the crowds if [the queue] gets too long.’

South Londoner Amma, in her 50s, started crying when she said her goodbyes.

As a fan of the monarch since the age of six, Amma said she would have waited 48 hours to see the coffin if she had to.

She added: ‘I’m still shocked that our Queen has sadly passed on. As I went closer to where her majesty was lying there, I did curtesy, I said thank you in my mind.

‘I broke down in tears as I was walked away from her.’