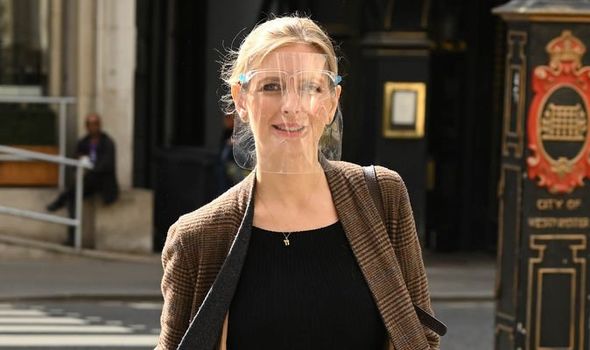 Laura Murray told the High Court that she called the Countdown co-host dangerous and stupid because she was “shocked and outraged” at the comment. Ms Riley, 35, is suing Ms Murray for libel, claiming her tweet caused serious harm to her reputation. The presenter insists she was being sarcastic in her message and had not called Mr Corbyn a Nazi. But Ms Murray maintains her tweet was true and reflected her honestly held opinions.

The libel battle centres on Twitter messages sent after Mr Corbyn was hit by an egg during a visit to Finsbury Park Mosque, north-west London, in March 2019.

Mr Jones had said: “I think sound life advice is, if you don’t want eggs thrown at you, don’t be a Nazi.”

Ms Riley added the words “Good advice”, with emojis of a red rose and an egg.

Ms Murray responded: “Rachel Riley tweets that Corbyn deserves to be violently attacked because he is a Nazi. This woman is as dangerous as she is stupid. Nobody should engage with her. Ever.” Yesterday

Ms Murray told judge Mr Justice Nicklin she believed Ms Riley’s tweet was “deliberately provocative and it was designed to provoke a reaction”. 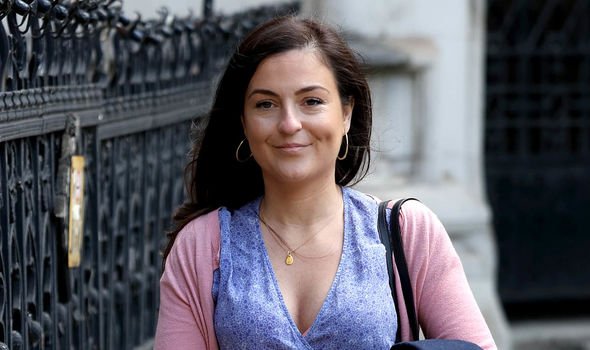 She added: “The purpose of my tweet was to say to my followers, ‘Don’t engage with her. Don’t get embroiled’.”

Ms Murray said she read Ms Riley’s tweet “100 per cent” as applying the word Nazi to Mr Corbyn, adding: “I was just shocked and outraged by her tweet.”

At an earlier hearing, Mr Justice Nicklin ruled Ms Murray’s tweet was defamatory. The trial is now being asked to consider if serious harm was caused to Ms Riley’s reputation and whether Ms Murray had a defence of truth, honest opinion or public interest.

Ms Riley, who is Jewish, told the judge she thought the Corbyn-led Labour Party was fostering anti- Semitism and believed Ms Murray was blowing a “dog whistle”.